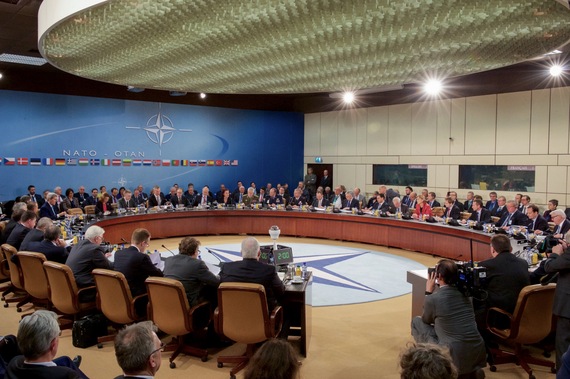 After five decades of its existence and as an alliance that consists of 28 independent countries -- including three permanent UN Security Council members -- the North Atlantic Treaty Organization (NATO) is one of the largest and the strongest collective defense alliance of its kind. The adversaries of the Allies have contested their formation, development, and existence. NATO was known as an alliance against the Soviet Union only. So, why has the Alliance expanded and strengthened even three decades after the collapse of the USSR? Does such an alliance still need to exist?

Founded in 1959, NATO is a political and military alliance. The three principal reasons for the creation of the Alliance were deterring former Soviet Union's expansionism, forbidding the revival of nationalist militarism in Europe, and encouraging European political integration. Since its creation, the Alliance has played diverse roles, including defensive, political and a tool for the stabilization of Eastern Europe, Africa, Central and South Asia through partnerships, crisis response and peacekeeping operations.

World War II ended with the death of around 36.5 million Europeans and it left Europe devastated with social, economic, security, and political crises. The Former Soviet Union has expanded its influence through aggression and suppression in the region. In May 1985, the USSR formed the Warsaw Pact (The Treaty of Friendship, Co-operation, and Mutual Assistance), a collective defense treaty among the Soviet Union and seven Soviet satellite states in Eastern and Central Europe. The USSR assumed that the Union and the Pact would defeat NATO, but on the contrary, the Pact dissolved in 1991. The former USSR was defeated in the Cold War and NATO has succeeded in its first objective.

In the 1990s at the request of the United Nations, NATO became involved in the Bosnian conflict. The first peacekeeping experience of the Allies in the region, but it was firmly criticized and opposed by Serbia and NATO's adversaries. Finally, NATO's cooperation in the Balkan Peninsula de-escalated the conflicts. The region experienced years of conflicts, but the presence of a NATO-led forces have minimized the clashes and casualties. Today most of these nations live in harmony. The Allies consider forbidding the revival of nationalist militarism in the Balkan Peninsula as a historic achievement.

Through encouraging European political integration policy, the Alliance has contributed to the transition of some former Soviet Union and the former Socialist Federal Republic of Yugoslavia (SFRY) states to democratic nations. Among 28 NATO member countries, only Canada and the US are outside of the continent, and 22 of its member countries are EU members. 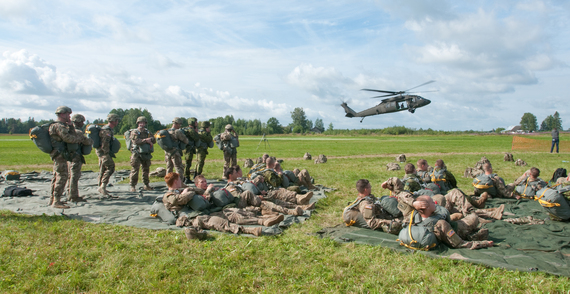 Beyond its borders, NATO has carried out disaster-relief operations and missions to protect populations against natural, technological or humanitarian disasters. It responded to the 2005 earthquake in Pakistan; it has engaged since 2001 in the war on terror and countering insurgency in Afghanistan. And since 2008, the Alliance has been supporting countering piracy around the Horn of Africa and in the Indian Ocean to ensure that the sea lines of communication are secure and open.

After the collapse of the USSR and during the late 1990s, NATO's future, its purpose, and survival have been debated among the Allies. Even after the 9/11 terrorist attacks in the US followed by Istanbul, Madrid, and London bombings some opinion makers in Europe has not considered these attacks as a threat to the sovereignty and freedom of their states, but a tool for possible insecurity. However, Russian's military aggression in Georgia in 2008 has alerted the Alliance and defense analyst.

Latest Changes of the international borders and annexation of Crimea by Russia through the use of force and unprecedented air operations of Russian air force near Turkey's borders with Syria has increased the threat level for NATO members. Furthermore, the recent Russian military buildup and its decision for placing new air-defense radar systems and deployment of missiles in Kaliningrad, as a strategy of anti-access/area denial could be a serious matter of concerns for The Alliance and in particular to Poland and Lithuania, which border Kaliningrad. 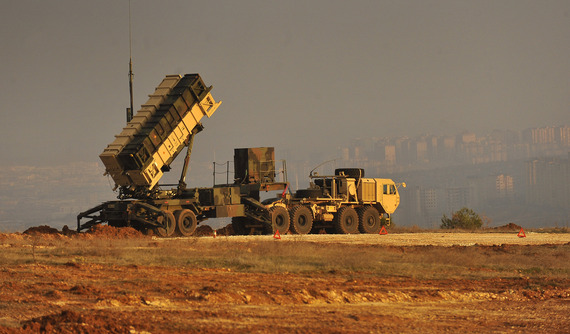 A Patriot missile battery sits on an overlook at a Turkish army base in Gaziantep, Turkey, Feb. 4, 2013.

Understanding the level of threats, NATO has been preparing for any response through numerous joint military exercises in Europe. During the Wales Summit in September 2014, Heads of State and Heads of Government of NATO member countries agreed on a guideline to spend a minimum of 2% of their Gross Domestic Product (GDP) on defense. Meeting this goal will further strengthen the Allies and it will seriously challenge Russia, which has been suffering from lower oil prices, the cost of operations in Syria and economic sanctions.

Russian military buildup on the borders of NATO, President Putin's ambitions of prolonging his power, expanding his territory and projection of power through an aggressive military strategy require a balance of power in the region. So, the intention and capabilities of Russain military pose a direct to some NATO Allies and this could rapidly change public opinion across the Europe and it may end many debates and skepticism about the importance, strength and survival of NATO over the years and even for the decades to come.