The Son of the Sheik is a milestone in American cinema. It is a virtual textbook in motion picture making and at the time of its premiere - September 5, 1926 - it defined "state-of-the-art". Thirteen days prior to that screening, the film's popular leading man, thirty-one year old Rudolph Valentino lay dead of peritonitis and pleuritis at New York's Polyclinic Hospital. The events and reactions that followed were unparalleled.

Eighty-eight years later, The Son of the Sheik is about to mark another World Premiere. The film has been treated to the latest in the art of restoration and preservation and will be shown for the first time this coming Saturday at the San Francisco Silent Film Festival. Its screening at the Castro Theatre secures the film's place in the pantheon of classic American films. Directed by George Fitzmaurice, The Son of the Sheik is more than a thing of beauty, curiosity and legend. It is a cultural icon.

"This is an age-old pet project of mine," said Ken Winokur of Alloy Orchestra, the trio of musicians who have created a new score for the film and will play at the 1:00 screening. "Close to ten years ago, I and my wife, under the name of Box 5, purchased a bunch of films and negatives of some really great silent films. The first thing we got was Son of the Sheik. We bought the copyright and probably the best negative." 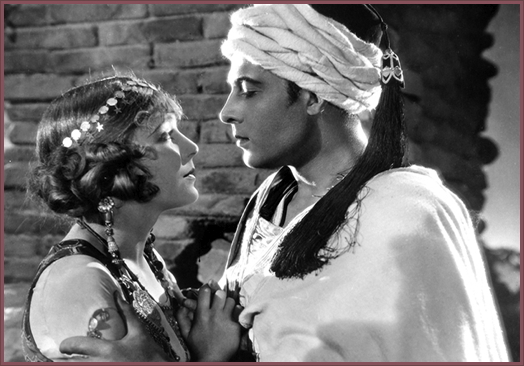 "There was a company in New York, the Paul Killian Collection, that was largely responsible for putting out 16mm films. In 2005, I was offered to buy some of the films out of the collection. So, I purchased all of the good Valentino stuff, including Son of the Sheik, and 35mm master prints or negatives of both Blood and Sand and The Eagle. We wrote a new score for The Eagle in 2007 and premiered it at Lincoln Center for the New York Film Festival. I have a good Valentino archive and Son of the Sheik is the cornerstone. It is amazingly photographed and the most perfectly timed and engaging film. It brings up a lot of issues and is not an escapist film in any way. It gives you an idea of what caused Valentino's reputation. Vilma Banky is stunning, always dressed in beautiful, sexy outfits and dancing amazingly."

My introduction to the film began with a condensed version that was created for the TV series, Silents Please, hosted by Ernie Kovacs. It was the first episode of the brief series and it sparked a passion for the performers and the era that has never waned. The series included two more of Valentino's big box office hits - The Eagle, produced in 1925, also with Vilma Banky - and from 1922, Blood and Sand, co-starring the exotic vamp, Nita Naldi. I was ruined. The significance of this screening at the Castro Theatre and the always vibrant energy that is part of the Silent Film Festival experience is as close a link to the excitement of that 1926 New York premiere as any of us will ever get. 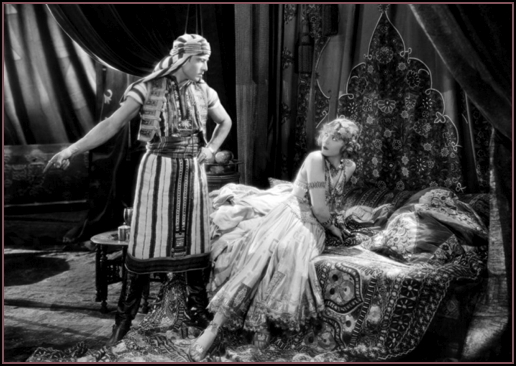 "Paul Killian produced that series. My negative is from that print you watched. At some point, the Janus people bought the collection right after Paul Killian died. He had shows on public broadcasting about silent films. He was well known for chopping the films up to make them fit into a TV hour. But he really used these things. He had this very active business where he would sell or rent 16mm prints. So, if you were in school or a film club and wanted to show a film, you could rent it at a reasonable rate or he was selling copies. Paul Killian owned the obvious uncontested copyright to the film. At some point, Raymond Rohauer - who was this notorious figure of a skulking collector, stealing and using lawyers to wrest control of things from people - went out and figured that he could buy the book rights, which is actually called The Sons of the Sheik, then he could claim that he had the copyright to the film. Killian and Rohauer fought each other in court for something like ten years. It went up to the Circuit Court - which is the last court before the Supreme Court - and it was probably some sort of precedent-setting thing where they actually supported the book rights equally to the film rights." 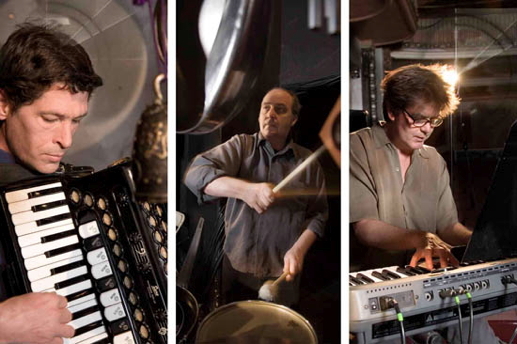 Alloy Orchestra and the Silent Film Festival have an astonishing collaboration. Ken Winokur and his partners - Terry Donahue (accordion, junk percussion, musical saw) and Roger C. Miller (keyboard) - have created new scores for such monumental films as Metropolis, Man with A Movie Camera, Phantom of the Opera, The Black Pirate, Last Command, Underworld, and many more.

"Copyrights are a fascinating part of this business," said Ken, "and I have only dipped my toe into it. But it always has to do with whether or not we can perform a film. When Alloy decides to score a film, we're always looking for one that is either in public domain or that the copyright holder is in agreement for us to write the score and do some tour of the film. Without that permission, you can end up scoring a film and then not be able to use it or to travel with it. We spend months and months on these scores."

George Fitzmaurice, director of The Son of The Sheik, must have had a close understanding with Rudolph Valentino. While there is no getting around Valentino's status and aura as one of the greatest superstars in Hollywood history, a retrospect of the actor's work reveals a frequently employed lexicon of particular mannerisms, gestures, and certain portrait-like close-ups that help to explain his fiery appeal. A second glance stirs the embers of Valentino's known bi-sexuality. Fitzmaurice obviously understands the drill when it comes to positioning the actor to his absolute and proven best advantage and creating an economy of movement that exploits and preserves Valentino's image and ease as an exotic or "other than" variety of romantic lead. Add to this, the unusual gimmick of Valentino playing two parts. He is both the young "Ahmed" and his now older father, "Ahmed Ben Hassan" from his earlier success of 1921, The Sheik, in which he was co-starred with Agnes Ayres, Lucien Littlefield and Adolphe Menjou. Fitzmaurice takes everything familiar and revered about Rudolph Valentino and raises it to perfection. I asked Ken how this aspect of image-making may have influenced the Alloy Orchestra score. 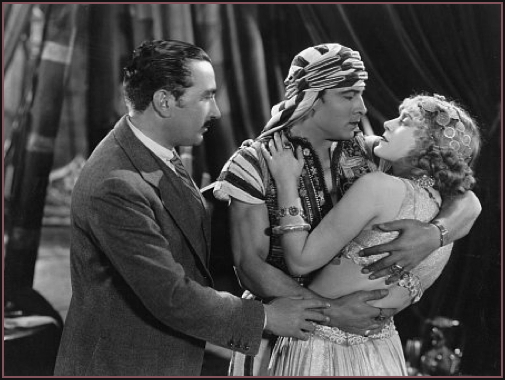 "Good question," he responded. "Like anybody else, when we're watching the film we're trying to feel the emotional content. When you've felt it yourself, then you know what you need to bring out. With a really good film, you don't have to work at that. You're feeling the film as an audience would and you can simply respond to it. George Fitzmaurice was a really good director. He figured out all the beautiful set design, the lighting, the camera angles, the continuity, the script. There are scenes that are so sad. You can't believe how bad the communication is between the characters of Valentino and Banky. They both love each other. He believes she's betrayed him - so, he rapes her. It's a horrible scene. But it is so moving and so realistic. Then they have to spend the rest of the film trying to get back together again. And it's not easy to do. The film actually confronts this stuff more directly than you'd expect. It's not just reading into it what's going on. The rape scene is the key moment in the film." 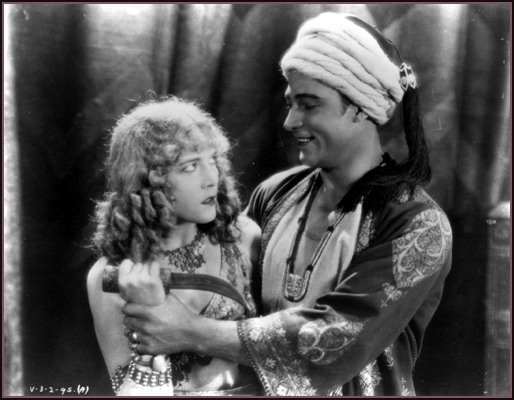 "When I realized it was time for us to actually do this, I called Anita Monga - the Artistic Director of the Silent Film Festival. I wanted them to do this, because they do the best job screening silent films anywhere. And the Castro is so beautiful, the projection is always perfect, and the sound there is really great. San Francisco is the home of silent film accompaniment. It's a tradition that I've been a part of for a long time and that I really value. So, I'm back at the Castro because that's where it needed to happen."