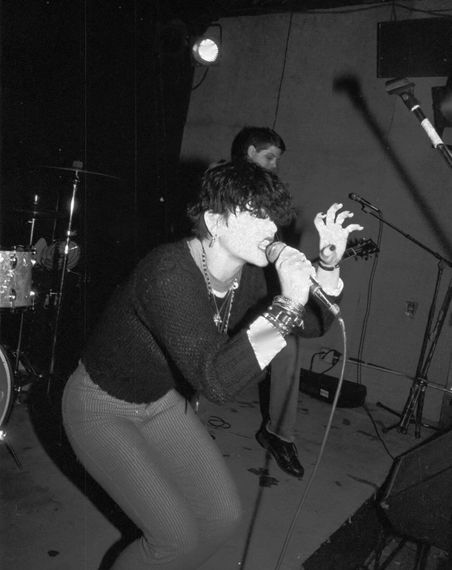 "Amazing Grace, How sweet the sound, That saved a wretch like me," punk rocker Bobbi Brat sang at the start of each set. Bobbi was a powerful lead singer who rose up through the 80s Southern California punk scene. "She could have been one of the all-time greats," wrote Len Fagen, booking director at the Coconut Teaszer. Tragically, her rise was cut short when a cancer diagnosis in 1988 left the 26-year-old with only three months to live.

I signed Bobbi and her bandmates in 1983 to release Then There Were None on Upstart Records. Today, on what would be her 54th birthday, Bobbi's life and music live on through her sister's efforts. Kathy Brown created BobbiBrat.com and a Facebook page where friends and fans share stories, memories, and photographs of her sister. "I feel a responsibility to keep the music and her memory alive," Kathy said. "It's a way for me to feel close to her."

"I once was lost, but now am found, T'was blind but now I see," Bobbi sang, first as the front woman of Red Scare and later with the Bobbi Brat Band. Bobbi commanded respect as a fierce female in a genre ruled by men. "She wasn't a girly girl," Kathy recalled. "Her hair was in a ducktail and slicked back, sort of like Elvis. She was a bad ass. It's a funny juxtaposition: she was kind, gentle, sweet, but so tough that she could also destroy you."

Bobbi's grit led her to continue performing despite the debilitating effects of her illness. With an enlarged spleen, a tumor misdiagnosed as a blood clot, and evolving cancer, Bobbi still howled and danced in Hollywood clubs. Unlike most female performers of her time, Bobbi sang about living on the streets, kidnapped children, and death. "Seeing her onstage was powerful," Kathy remembered. "She was so commanding that you had to be a fan." Her lilting voice cut through heavy percussion and matched the tonal swings of an electric guitar.

"T'was Grace that taught my heart to fear, And Grace, my fears relieved." Bobbi was gutsy, and Kathy admired her sister's audacity. "I did very much aspire to be like her," Kathy said. "I was scared of everything, and she wasn't afraid of anything. There was nothing she couldn't do."

Bobbi's individuality began at an early age. As a teen, she worked at a Chevron station, pumping gas and washing windshields. "It was bizarre to me," Kathy said. "Why didn't she work at the mall? I didn't know any girls who worked at a gas station, but she loved it." With nothing but an old Ford Falcon and a thirst for adventure, Bobbi left home at eighteen to live in abandoned buildings and begin her music career.

"How precious did that Grace appear, The hour I first believed." As she headlined clubs and generated acclaim, Bobbi never excluded her younger sister. "We were complete opposites," said Kathy. "I was an 80s nerd and she was so cool. But she called me one day and said Red Scare was playing at the Whisky and she wanted me to sing backup. It wasn't because I was some amazing singer; it was about Bobbi wanting to include me."

With an album released, regular gigs, and an expanding legion of fans adoring her hypnotic presence, Bobbi was on top of the world. Until, when she was only 26 years old, cancerous tumors overtook her body. After a year of unsuccessful attempts to treat an abdominal blood clot, her doctors made a dreadful discovery. "They kept trying to drain the clot, but it wasn't working" Kathy remembered. In the meantime, Bobbi experienced an ectopic pregnancy, requiring more procedures. "During a hysterectomy, they found that there was cancer everywhere," Kathy recalled. Doctors diagnosed Bobbi with ovarian-related adenocarcinoma: what they once thought was a blood clot, was actually a growing tumor.

"Through many dangers, toils and snares, We have already come." Despite her trials, Bobbi remained strong. "It almost wasn't real," Kathy explained. "But I still had hope, whereas I think Bobbi knew it was the end. She was very much a protective sister, and I'm sure she protected me from what was truly happening to her." 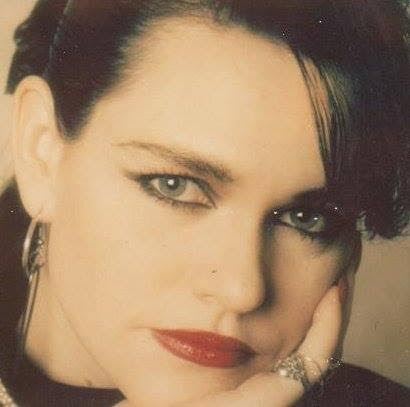 Throughout the illness, the sisters' relationship never faltered. "On Saturday mornings, while I was at home and Bobbi was in the hospital, we would watch Pee-wee Herman together over the phone," Kathy remembered. Along with Bobbi's boyfriend Drac Conley, Kathy even took care of her when she was briefly released. "At one point they sent her home, but she had to be on IV fluids. We would sit with her all day and change the IV bag." But after a seizure, Bobbi was rushed back to the hospital.

"T'was Grace that brought us safe thus far, And Grace will lead us home," Bobbi sang on November 30, 1988, as the curtains closed and death cut short her musical journey. "I wasn't there at the moment it happened," said Kathy. "But my mother was, and says that Bobbi died singing 'Amazing Grace.'"