In "Spider-Man," Papajohn played the thief who killed Uncle Ben after a carjacking gone wrong. (This plot point was later retroactively changed in "Spider-Man 3.") Later, Peter Parker unleashed his vengeance against Papajohn's carjacker, which created the personality of Raimi's "Spider-Man." In "The Amazing Spider-Man," Papajohn plays a limo driver who unfortunately winds up in the wrong place at the wrong time as The Lizard unleashes an attack on the Williamsburg Bridge.

Here, PapaJohn compares and contrasts what it was like to work on both Spider-Man films -- as well as another small movie he's in the summer, "The Dark Knight Rises."

When you were hired for "The Amazing Spider-Man," did they realize that you were also in "Spider-Man"? I assumed they didn't want any overlap.
You know, I don't know. I look different; I was clean shaven. It was never really brought up when I read for the part. And I don't know what stayed in the movie, I just know that I played one of the bad guy's limo drivers. It was funny, when they were casting for "The Amazing Spider-Man," a friend of mine sent me a text, "I just read for the carjacker." And that's when I realized they were going to go back to Peter's high school days.

Did that surprise you?
You know what? It actually did. I went, "Oh, wow." That's when it really hit me. And the first thing I said was, "Why don't you let me shoot [Uncle Ben] again?" I'm always thinking about myself and I thought that would be cool. I wanted to kill Uncle Ben again, "I'll do it!" But reading the text, it was kind of shocking, to be honest with you.

What was the set of Sam Raimi's "Spider-Man" like?
On the set working with Sam, the first day I just remember him saying, "You're the evil that creates Spider-Man." Sam was so passionate, you know? And I was nervous that first day and I just tried to plug that into the role. The first time I got in front of the camera, he was 60 yards away... And the first time I was on the monitor, he yelled, "Papajohn, I'm so happy you're playing this role!"

I know it's a much smaller part, but what was Marc Webb's set like?
Well, first, when I walked down the set, I was just looking at this set and what they were doing on the bridge. And I was like, "Wow, this is a big movie." And I've worked on everything from "Titanic" -- and I could go on about big movies. But it's that moment, whatever I'm feeling in that moment, I try to plug that into the role. I remember saying, "Whoa," when I saw the green screen and the bridge. We did a long tracking shot of the limo and he gave me direction. We did like four takes and it took like six hours to set up that shot.

I'm assuming you never brought up Raimi's "Spider-Man" on the set of "The Amazing Spider-Man."
No, that was never brought up. The first one never came up. It was really just kind of showing up, auditioning, getting a call time and playing the part.

And you're also in "The Dark Knight Rises."
Well, listen, I worked on "Terminator: Salvation" and I saw Christian Bale walk in the trailer dressed in all black. It's the first time that I saw Christian Bale up close. I went, "I want to be on that guy's team." So, listen, to walk on the set of Batman and see [cinematographer] Wally Pfister ... I hired Wally; I produced a film in Alabama and I hired Wally. And it was so great to see him so many years later when I walked on the set. He introduced me to Chris [Nolan] and he put me in a really cool spot. Pulling up to that set, do you know what it reminded me of? It was the 1990s, "Eraser" days -- where those big, big budget shows used to shoot in Los Angeles. This is a big, big film.

Well, now you're no longer the only guy who killed Uncle Ben.
I know. I was thinking about it today. Today that role is going to to be handed over to someone else. What a relief! I won't have all of that pressure on my back. They can decide if it was the carjacker in the first one, Sandman or now. I'm interested to see who the next person in line is to knock off Uncle Ben and make a lot of people cry.

Well, you don't want to be the guy who killed Cliff Robertson and Martin Sheen.
Hey, if they would have called me, I would have done it in a second. 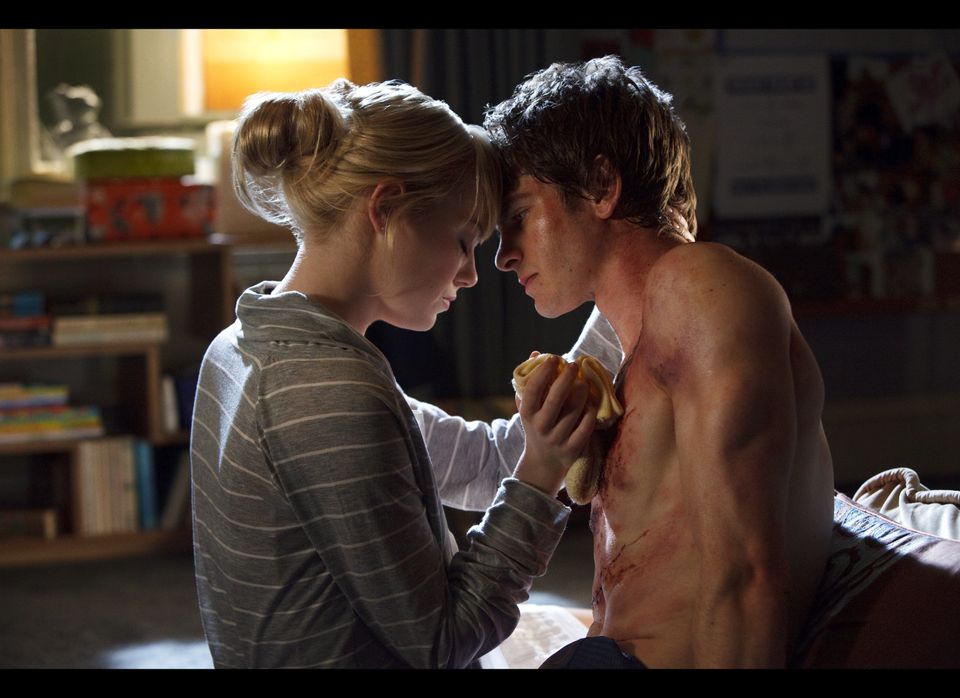