Comparing public figures to Hitler is so prevalent on our social feeds and news sites that it has become devoid of force. Analogies between Republican Presidential frontrunner Donald Trump and Hitler run rampant and rarely provide any new insights or thought-provoking conversation. After all, it is the well-known last refuge of Internet Trolls everywhere. Instead, consider Tiberius Gracchus, Tribune. 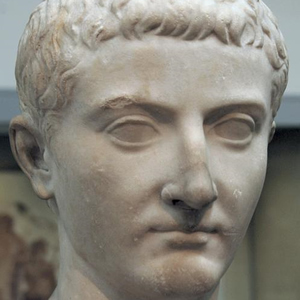 The year, 133BC. Rome had just become the only superpower in the Mediterranean: rich enough to fight over, strong enough to have no military equal from Spain to Greece, and economically unbalanced enough to have serious anger pushing up from the lower rungs.

Tiberius Gracchus was elected Tribune of the Plebs, an office tasked with interceding on behalf of the poor, urban masses, the plebeians, and given unique powers to do so, the veto (I forbid) and sacrosanctness, that is, the right to be free from harm.

Fronting a populist agenda of land redistribution and urban relief, Tiberius would fly in the face of first the aristocratic Senate, then tradition and custom, and finally some of the most revered, ancient laws of Rome

His critical moment came when he ordered his supporters to physically remove a fellow Tribune from proceedings so he could pass his populist, and popular, land redistribution bill. Here he violated a 357 year old law, fundamental to the structure of the Republic, but more importantly, he destroyed how the Romans perceived their Republic. The Republic would seem to go on largely as normal for a long while, but with hindsight it was only a hallow shell.

By injecting violence into the political sphere, and succeeding, Tiberius changed the rules of politics. He laid bare the fact that all laws were really just words agreed upon, and could be discarded by a large enough group of angry citizens, especially if fronted by a popular leader. Enough angry people could be a law unto themselves in the right environment. Gradually, the loudest voices would give way to the strongest fists and eventually to the sharpest steel.

Gracchus had the people in the palm of his hand, and turned it into a fist. Donald Trump yet might not be the Republican Party's nominee, but he is following the very playbook Tiberius laid down and achieving success. They appeal to the People, the Silent Majority, the dispossessed or the mob, to circumvent the "obviously" broken and corrupt government "by whatever means necessary" or another such platitude.

Neither man brings down their government, but both accelerate a growing centrist, popular burn-out, fueled by increasing polarization and violence that, for the Romans, would culminate in an Emperor. Future generations would drop out as much as they bought in, leaving politics to the most extreme, most hostile of participants. By the time Julius Caesar was an adult, that's what politics was in Rome; he grew up under Rome's first Dictator-for-life and his bloody purges, 52 years after the death of Tiberius.

We are now at the beginning of that process ourselves. That article in that link there, starts with the phrase "Another day, another beatdown at a Trump rally."

The violence in Rome would steadily escalate over 200 years, the constantly outward facing aggression turned inward. The long slide may not have been an automatic line of cause and effect though. The Romans probably could have diffused the bomb at various points between Tiberius and the end of their Republic, but they didn't. They allowed the escalation when both sides adopted the tactics that, after all, had by that time a proven record of success.

Because we have a lot more written history to access than the Romans, we owe it to ourselves and to the future to avoid the same mistakes they made. To do that, we have to first understand what the mistakes were and why the Romans made them. 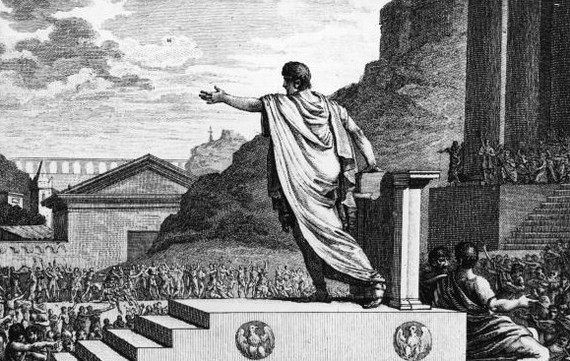