Moms can be harsh. Rather than support, I received some serious mommy dings after running the marathon last year: 'I really don't think I could take so much time for myself, but it's so nice that you were able to'; 'My kids really need me, but good for you that your kids are so independent'; and last but not least, 'since you work, you must be used to leaving your kids, but I could never do that.'

What these women who provide backhanded compliments don't realize; I was and am a better mother because I have a passion. I run in order to clear my head, to find my groove, and to have some alone time in a life that is otherwise dominated by and driven by caring for others. Feeding my passion provides the outlet I need so that I can enjoy my time with my children, with my husband, and in my personal and professional life. Running is my preemptive cure for the inevitable feelings of identity loss, resentment, and fatigue that too often prevail when busy moms don't have avenues to express their individual, non-mom selves.

Running a marathon is a big deal for anyone, but I felt extra proud because I was doing it with three kids at home including a six month old. Each step of the 26.2 miles felt like a mini-victory, each mile was another indicator that I was strong and capable. I ran the marathon to fulfill a dream cultivated in my early twenties that grew each year as I would see the runners hustle up Manhattan's First Avenue. I had been an avid runner before my children were born, but this passion was initially sidelined by motherhood.

Even if I could find the time, I didn't believe I should devote it to training for any race, much less the marathon. But I realized that the time was there if I allowed myself to see it rather than shaming myself for finding it. Furthermore, it became apparent that if I did not make the time for myself that everyone would suffer - I was and am a better mom when I have time to devote to myself. I was me before I was my kids' mom, and until I tapped into that woman who still lives inside, I felt as many of my patients and friends feel, trapped and lost, swallowed and alone. 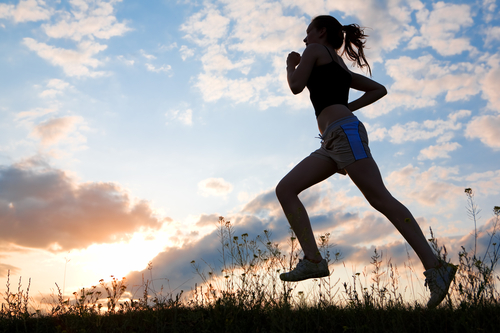 Who were you before you were a mom? What was your identity before it became dominated by parenthood? What did you do for fun? During down time? As a hobby? When was the last time you did any of these things?

What holds you back from allowing yourself to be that person, at least sometimes?

By choice and necessity, most moms stop prioritizing themselves once their pregnancy test turns positive. It begins with the obligatory dietary and lifestyle changes of pregnancy followed by the sleeplessness and radical priority shifts and newfound time constraints of parenthood. But once things settle down and kids grow, despite earlier assurances to the contrary, most moms continue to put their needs behind everyone else's, often to their own detriment.

We transition from independent people to caregivers in the blink of an eye, and with that transition from woman to mom, there is an assumption that personal needs, ambitions and unique interests are sidelined and secondary. Why should we buy into this notion that by being mothers we as individuals no longer count as much? Is there any other role in life that demands such a drastic change in personal identity in such a short time span? Such a life change would otherwise be unthinkable and likely deemed unwise and unhealthy in any other setting.

The notion of complete devotion to one's family is a noble concept and at its core a fabrication that is best depicted by the Stepford Wives; only robots could be completely selfless and remain happy and content. People need to have interests and outlets that extend beyond pleasing and caring for others, even when those others are the people we love most.

Conceptually, this all makes sense, but putting it into practice is inherently difficult and can leave one burdened with guilt. A concerted effort is required to distance yourself from the daily ups and downs of parenthood, which if not ignored, can easily sidetrack you from planned alone time. A crying baby or a little hand entreating you to play one more game or read one more story is hard to ignore, even when you know that dad is there to pick up the slack.

When setting out on my training runs I would feel the pull of home, a faint fear that I would miss something good mingled with remorse over shirking an unspoken responsibility to always be there. My husband brought clarity to the situation by reminding me that not only did I have a responsibility to myself but that he enjoyed being alone with our children. They were not being harmed and my time away benefited everyone in different ways. 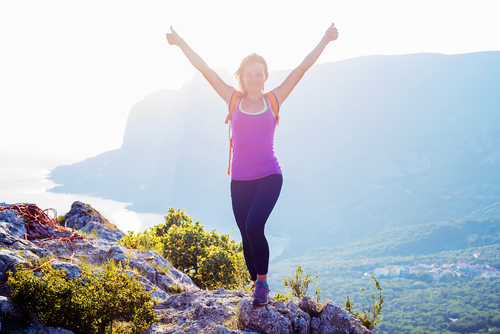 When discussing these issues with patients in my office, I first ask them to make a list of the things that they enjoyed doing 'pre-baby' that they no longer find time for in their lives and carefully consider which activities are still possible.

One mom told me she had always loved rock climbing and had dreamed of summiting Everest. Since becoming a mother she had failed to find a replacement for the adrenaline, accomplishment and excitement gained from these adventures. She longed for the time spent in solitude: training, hearing herself think and breath, feeling her body burn as she used it to propel herself upwards.

Summiting Everest was clearly not an option for a mom with young children, but finding new passions that similarly allowed her to feel good about herself and to devote time to herself with a purpose and a mission was very doable. She joined a climbing club and spent one Saturday a month climbing outside of the city. She also found an appropriate facility and began doing acrobatics regularly; she loved flying through the air, feeling powerful and slightly out of control all at once.

She reported back that by engaging in these new passions, she had become a more patient mother with a newfound enjoyment in playing with her children, who was less easily frustrated by little things and no longer resentful towards her husband. She had found her groove again.

How can you get your groove back?

I am running in the New York City 2016 Marathon as part of Team for Kids, a group of adult runners raising money for critical New York Road Runners youth programs. Your donation to this inspiring mission will help support their country-wide programs which combat childhood obesity and empower youth development via running and character-building.

More:
passionMomsParenting Parentsphysical activity
Newsletter Sign Up
Raise the kind of person you'd like to know
Subscribe to our parenting newsletter.
Successfully Subscribed!
Realness delivered to your inbox