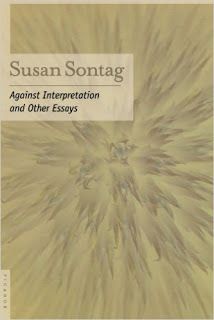 You usually associate street smarts with some one who knows how to negotiate in business. Donald Trump apparently considers this ability to be a top of the line requirement for statesmanship and something which qualifies him to be president of the United States. He has boasted that he will have a wall built between Mexico and the United States which the Mexicans will pay for. You don't usually associate streets smarts with the world of intellect, but indeed there are intellectuals who exhibit the same kind of intuitive abilities that work in deal making within the realm of intellectual arguments. That is to say there are intellectuals who approach such questions as the branch falling in the forest with no one listening or the question of whether you would turn the trolley in the direction of one hapless soul in order to save five (the Trolley problem) with some degree of swagger. Such thinkers are way beyond reason and deductive logic. For instance Harold Bloom, the literary scholar who coined the term "anxiety of influence" probably can reiterate his theories about the provenance of poetry in his sleep, ditto Steven Greenblatt the Shakespearean authority who wrote Will in the World: How Shakespeare Became Shakespeare. Trump who has been around the block a few times when it comes to business probably thinks that he can run rings around a tough guy like Vladimir Putin (and part of his credential may relate to the fact that two of his wives Ivana and Melania come from the Czech Republic and Slovenia respectively) or the notorious bumptious Kim Jong-un. Similarly if you are a street smart intellectual you have to know how to handle the likes of the deconstructionist maeven Stanley Fish, if you're going to get your feet wet at the MLA. And you'd better have the brashness of a Bill Maher if you find yourself knocking heads on the subject of race with the philosopher Cornel West. Imagine a series like The Sopranos, except set it in the competitive world of upper west Jewish intellectuals, the inheritors of the mantle held by Irving Howe, Norman Podhoretz, Irving Kristol, Susan Sontag and the old Partisan Review crowd. Remember Woody Allen's line "I had heard that Commentary and Dissent had merged and formed Dysentery?" You need an intellectual shock jock, a kind of Donald Trump of ideas, to make a dent amongst these kinds of egghead mafiosi.