There are few albums that strike you at first listen as, for lack of a better word, "important." The Apache Relay's newest is among them. More than a long-awaited sequel, it represents a much-needed shift in our obsession with folk music: infusing the soul that's been leaking into pop, bathing it in the tape-y warmth of everything indie, and still managing to connect in a way that feels absolutely unpretentious. 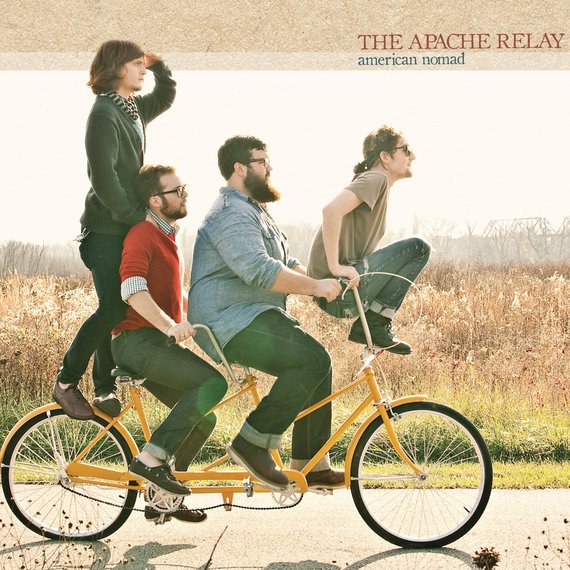 It's an impressive feat for a band with just one prior album. The Apache Relay released American Nomad in 2011: 11 tracks that pitched melodic folk-rock by the bale in a style that hit the year square on the nose. They got some acknowledgement for this. The band landed tour dates with Mumford and Sons in 2012; "Power Hungry Animals" was featured on the soundtrack of 2013 coming-of-angst film The Way Way Back. But since then they have been largely quiet, working diligently behind the scenes.

"[We] probably scrapped a couple albums worth of stuff," says guitarist Mike Harris from across the narrow booth. I met the now-five members of the band in a coffee shop late one afternoon in Denver, lined up on laptops at a waist-height bar. We packed into a booth, a few members swirling the last orange dregs of Kombucha in short glasses, sitting in the gold light with listlessness reserved of people waiting for something. For this release, they have certainly been waiting.

Keyboardist Kellen Wenrich explains. "It's been locked up for about a year. We started the recording process in October of 2012." "We recorded all the way to May 2013," cuts in singer Michael Ford Jr., before Kellen finishes, "So... it's been a process."

What could make the album take so long? A combination of things. There was the exacting process of working with Producer Kevin Augunas -- a man who "knows what he's looking for," and I get the impression won't settle for anything else. Even after the seven months of fine-tuning and tracking, when the mixing was complete and a record done, the band wasn't satisfied. Instead of releasing it, they tore it apart and had the tracks remixed and remastered.

"It all came with the spirit of intentionality in making this record. We wanted to dot all of our I's and cross our T's before we finished it. We made sure everything felt right before we got it done." -- Bret Moore

We leave the coffee shop to make the short drive to that night's venue, piling into a tall Mercedes Sprinter with dirty windows; two seats facing backwards in the middle, smudges on the dash, The Apache Relay camo and cowboy-riding-a-raccoon koozies stuffed into the side of the door.

I sit at the bar and watch band members shrug off layers, late-winter air creeping in the door and along the carpet. They unload with absent-minded care. There's an Arnold Schwarzenegger movie playing from the wall that separates the bar and stage. "This movie used to scare the shit out of me when I was a kid," cracks Ford Jr., picking up a neat well whisky and heading back to set up.

Through the window behind the bar, the duality of The Apache Relay is easy to see. On one hand they are all homespun joy and welcoming; genteel graciousness; southern comfort. I recognize the loose, homecoming feel of American Nomad in every face. But now they move like clockwork, climbing up and down like a circus, clicking into place with practiced ease.

That duality is what makes this record sing, from the first track to the last. The sound is controlled and focused, giving the sense that each song could be nothing other than what it is. But at the same time, The Apache Relay constantly strains against the sonic box that they built for themselves. And this feeling -- of fullness barely kept in check -- is what makes the thing so perfect. 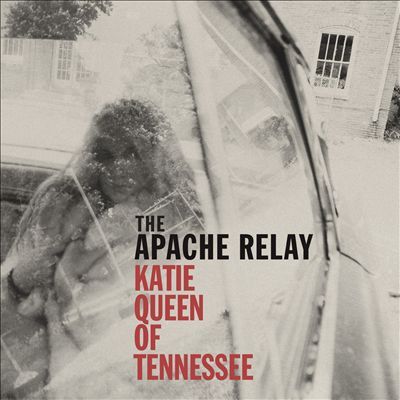 The opening song, the soul-infused single "Katie, Queen of Tennessee" (arguably the tune most under wraps) sounds almost like another band from the one that made American Nomad: electric guitar picking hides with hollywood strings, wall-of-sound sweetness is backed in mellow three-part harmony. But by the second track, "Ruby," the sound starts to open and shake up dust.

"Terrible Feeling" brings a delightful twinge of pain, opening with the lines, "Bloody Mary's in the morning / Dead canaries tried to warn me", and a chorus that ends in "Standing here on the bridge / Looking over the edge." It's also the first track where Michael Ford Jr.'s voice really shines for what it is -- the powerhouse that moves the band along, roving melodies lifting songs that might otherwise feel staid.

One of the best cuts of the bunch is "Good as Gold," a Spaghetti Western earworm that gives glimpses of the band's last record, bringing all problems of modern to life to bear in tremolo and lonely tambourine. (He watched her pack her bags / She would soon be on her way / Following some rich kid to L.A.)

The true pinnacle of The Apache Relay, however, is the beautifully bitter close, "Happiest Day of Your Life" -- a lonely, stripped-down ballad that never feels empty in spite of containing only a single voice and guitar. It brings the album to a tragic, echoing end, flexing a new level of lyrical muscle to make the heartbreak real (I stood in the park / Like a photograph until way after dark / In a rented suit holding my homeless heart / In the freezing summer). When it's over, you're left heartsick for the happy beginning -- a feeling that will have listeners starting the album over as soon as they finish it.

Back in Denver, the opening act is just finishing their set. The room clears and bodies clot around the bar. Loosely, The Apache Relay come to the stage, members flitting in and out before the light goes plum, bodies flowing into the room at the first tri-part harmony. That afternoon, Michael Ford, Jr. told me where he hoped the band would go in the future. 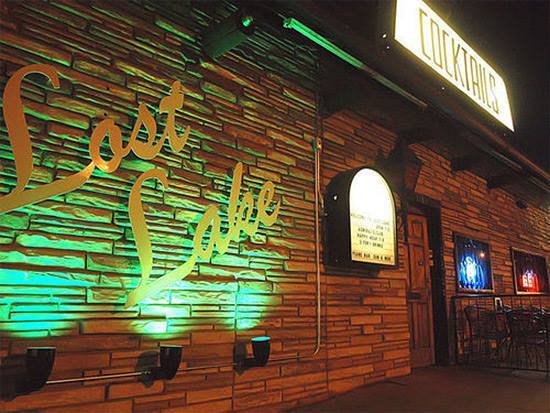 Tonight they're playing in a tall, long room where the drums are swallowed by a ceiling with ragged holes. The wall behind the bar is bare plywood. Basically, the space is all wrong. There's too much good to hear -- too much practice, and the stage is their element. For every marvelous turn they make, the band's brilliance is lost in the bed-sheeted walls of a dive bar squatting in a mile-high residential urban neighborhood. This is not where they belong.

As soon as their set is finished, the waiting begins again. The band members start doing what they do every night: greet fans, dutifully fold rumpled t-shirts, chat with friends from out of town. But they do it with a joy and freshness, even after six weeks on the road, that says to everyone that this is their element.

"I'd be lying to say this wasn't what I want to do. And I'm thrilled to do this. To play original music in a band like this. I'm so psyched on that, so I try to be a good steward of that and take it seriously." -- Bret Moore

I left feeling like a witness to the start of something not yet realized. A record not yet released, a band ready but waiting to step into lights befitting their skill. For this album, The Apache Relay has worked five years. What happens next will be the stretching, logical conclusion of that work -- quite possibly a landmark for the band and listeners alike. The world is very close to receiving something I'm not sure it knows it wants yet. But it will. The Apache Relay's time has come.

The Apache Relay is out April 22nd 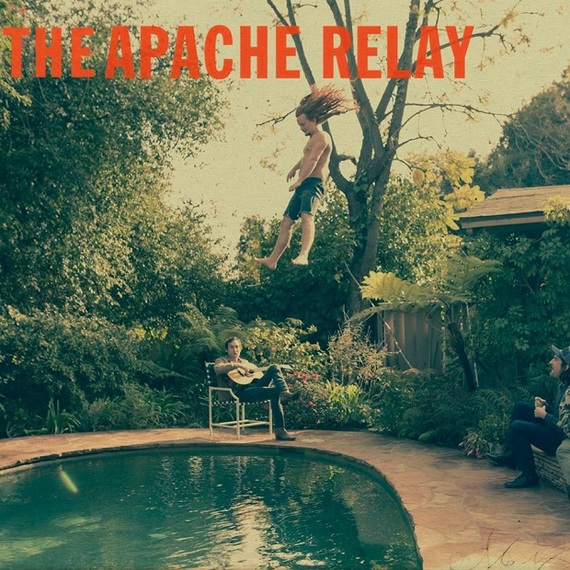