At this year's WWDC in June, Tim Cook announced the App Store has reached over 1.2 million apps. While this diverse and competitive app ecosystem has proven incredibly successful for the top-performing 200-300 apps, being discovered is a daunting and increasingly expensive proposition for the hundreds of thousands of other apps. Many app developers think the fault lies with the App Store, whose heavy bias towards surfacing and keeping 'top performing' apps in the spotlight reinforces this disparity. Currently, just 1/10th of 1 percent of apps control the entire App Store market, leaving the rest of the 1.2 million apps virtually unknown.

Apple's main effort to increase app diversity and discoverability has been to feature unique and exceptional apps on the main App Store screen. For larger iOS developers and mobile development companies, this is an amazing opportunity to gain access to the most-valued real estate in the store. For indie developers or smaller shops, this can sometimes be the only way to get an app noticed at all. Unfortunately, the current App Store has very limited real estate and limited time (usually just one week) for the app to be featured. To further complicate things, selection is entirely based on Apple's changing internal criteria and interests, which means there's no way to anticipate or plan to be featured.

With natural App Store discoverability a major issue for developers, the price for marketing apps continues to increase. As more firms bid for limited marketing options they drive the price up. Fiksu's estimate of cost per app install has been steadily rising since 9/13 from $.83 to its current $1.24. 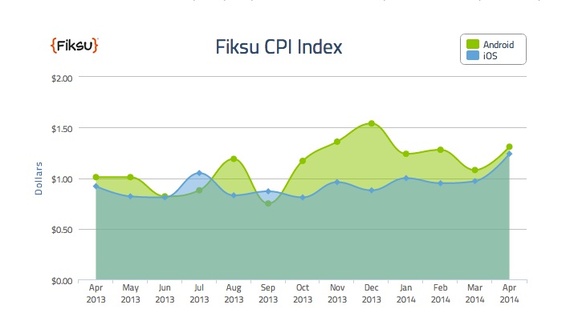 It was these problems that inspired the massive overhaul of the the App Store. We think these changes will have a huge impact on discoverability and CPI costs:

Trending Searches: Details on this are scarce, but we suspect this will display apps as they start getting traction in the app store, rather than simply highlighting the hits in the Top sections. This is an incredibly exciting feature, since it will provide tools for well-designed apps to get exposure as they rise. Marketing campaigns can be shorter and smaller, using ads to spark initial discovery then allowing this new feature to carry the app up through the ranks.

Video Previews: App Store shoppers will soon get to watch short videos of an app in use. These previews will be a huge improvement in communicating each app's value props, features, usability and design. While not related specifically to discoverability, these should nonetheless reduce the cost of marketing great apps by sparking user interest.

Continuous Scroll: This fantastic feature eliminates the concept of "the fold", and further encourages users to browse and explore freely. With the ubiquity of LTE data and continuous scrolling throughout the Internet this is a necessary (and overdue) usability improvement.

Editor's Choice Logo: Apps awarded Editor's Choice often fade after their week in that spotlight. Soon, Editor's Choice selections will have that logo stamped clearly on the app's details page. Continuing to surface Apple's stamp of approval on an app will invariably increase downloads per impression, thereby decreasing CPI.

At the WWDC Tim Cook said, "We are really investing a ton in the App Store." We believe him. These changes should increase overall downloads, diversify the apps downloaded and significantly reduce apps' CPI.