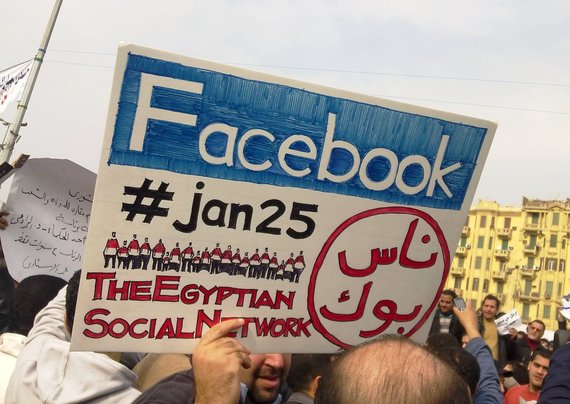 On December 17, 2010, a street vendor in Tunis, named Mohammed Bouazizi, immolated himself in protest of the arbitrary seizing of his vegetable stand by a local government official. That act triggered the Jasmine Revolution in Tunisia and a wave of public unrest throughout the Middle East that came to be called the "Arab Spring."

Six years later, little remains of the hopes that the West saw in the Arab Spring. Instead, that spring has given way to a winter of economic stagnation and political violence that has plunged Syria, Libya and Yemen into bloody civil war, has led to widespread unrest in Egypt, Iraq and Bahrain, and threatens to destabilize Arab governments from Morocco to Saudi Arabia. What went wrong? Should the United States have moved more forcefully to support the various Arab Spring movements or did Washington fail to understand the true nature of the popular revolts? Simply put, should we have done more or done less?

The Western media was quick to characterize the uprisings as popular democratic revolts against corrupt dictatorial regimes. As the noted international affairs commentator George Friedman has pointed out, "For the Western media, anyone under the age of 30 with an iPhone is by definition a liberal democrat." Add to that the use of social media sites like Facebook and Twitter for social mobilization and the presumption of political modernity appears validated.

That presumption was also reinforced by the fact that the "spokespeople" invariably identified and interviewed by Western media tend to be individuals who are fluent in English, typically have ties to the West and often were educated in the U.S. or Europe. They come across as moderate, reasonable supporters of secular democratic government. The problem is that such spokesmen are rarely indicative of the nature or aims of these popular revolts.

The reality is that the Arab Spring was never the popular democratic revolt that Western governments or the media made it out to be. In fact, the Arab Spring had little to do with democracy; although it certainly included some liberal-democratic groups. It was instead a reactionary movement led primarily by conservative, religious and Islamist elements against secular Arab regimes. 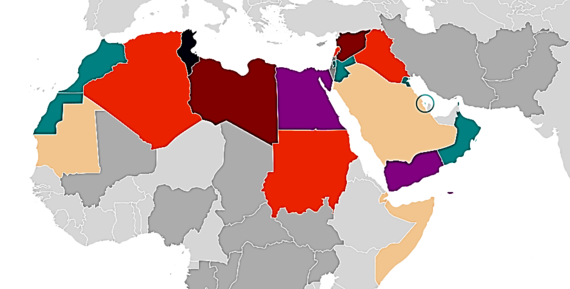 The Arab Spring represented a rejection of the secular, socialist, pan-Arabism, nationalist, military regimes that had come to power in the period from the 1950s through the 1970s, and which have since devolved into little more that corrupt, crony governments ruling by brute force and a pervasive security apparatus.

The modern borders of the Middle East are largely the legacy of the post-World War I European dissection of the Ottoman Empire. A series of treaties, beginning with the infamous Sykes-Picot agreement, divided up the Middle East with little regard to ethnicity, religion, culture or historical association. Indeed, many of those borders were determined by a scramble for the region's oil wealth and a colonial policy of ruling by pitting various ethnic and religious groups against each other.

The post-World War II Pan-Arab movement sought legitimacy by appealing to a broader Arab cultural unity in the context of a nationalist, secular, socialist, modernist ideology. Spurred by military revolutions, inspired by the original military-led, secular Ataturk revolution in Turkey following WW I, these regimes sought to create the same modern, secular regimes in the Arab world.

That ideology failed to improve the livelihood of the average citizen. Instead, many of those military-led governments became increasingly corrupt, brutal and dictatorial. Often, they adopted the religious symbolism of the region's Islamic past in their search for popular legitimacy, while at the same time hanging onto their secular ideologies. A policy that brought them little political legitimacy, but encouraged the growth of Islamist, often time conservative and Salafist inspired, religious movements.

In Libya, Syria and Yemen, the popular revolts would lead eventually to bloody civil wars that continue to rage and that have resulted in the deaths of hundreds of thousands of civilians, perhaps even more than a million, although no one can really be sure, and more than seven million refugees. In Iraq, the Arab Spring led to widespread anti-government demonstrations in the Sunni triangle, which contributed, although it was not the only cause, to civil war there. 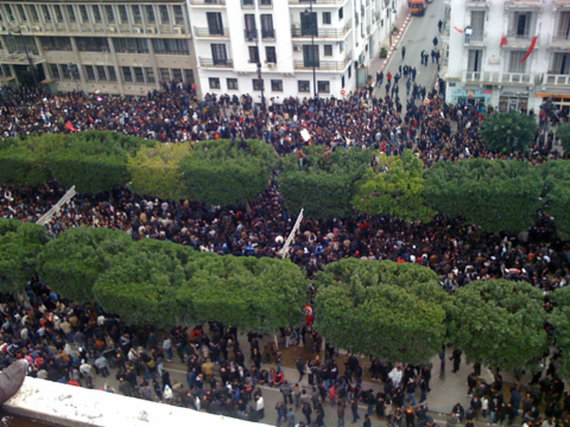 The Beginning of the Arab Spring, demonstrators in Tunis, Tunisia January 14, 2011

In Tunisia, the existing governments was replaced, but what appeared to be a more democratic government was largely made up of retreads from the previous government of deposed President Zine El Abidine Ben Ali ruling in conjunction with the Islamist Ennahda party. In Egypt, President Hosni Mubarak was overthrown. Subsequent popular elections brought the Muslim Brotherhood inspired government of Mohamed Morsi El Ayat to power. Morsi's de facto Islamist coup prompted a new outbreak of popular demonstrations and led the military, under Abdul Fatah al-Sisi, to overthrow Morsi and assume control.

In Bahrain, Shiite demonstrators, with political and financial support from Iran, demonstrated against the minority Sunni government of King Hamad bin Isa Al Khalifa. The demonstrations prompted the intervention of a Saudi and Emirate military force to put down the demonstrations. Elsewhere in the Middle East, the Arab Spring sparked popular demonstrations and unrest, but had little lasting consequence. 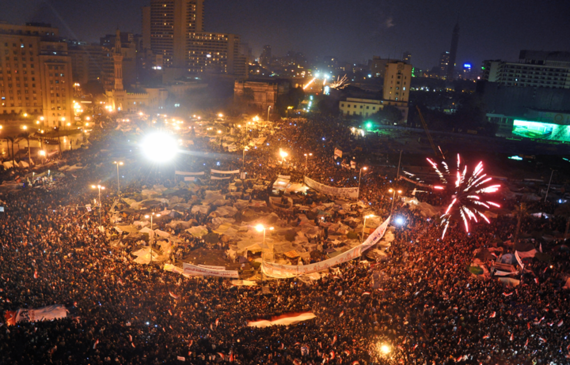 What is the legacy of the Arab Spring? The most immediate consequence is three civil wars that have spawned horrendous human costs, destabilized the regions around them, and proven to be training grounds for large numbers of jihadists. These conflicts have resulted in the spread of illicit arms throughout these regions and the spread of jihadist movements that will be destabilizing to surrounding governments.

Libya has become a vortex of radical jihadism and political violence that is both drawing in a broad area of North Africa from Morocco to Somalia, while at the same time spewing unrest throughout the region. Syria has become a source of refugees that is swamping Europe and raising serious security concerns there. While Yemen, even more so than Syria, has become a bitter proxy contest between Saudi Arabia and Iran.

The second consequence is widespread economic stagnation throughout the Middle East. In part this is the result of the political chaos that accompanied the Arab Spring. The spread of jihadist groups has also impacted economic growth. Tourism, a major industry in Egypt, Tunisia and Jordan, has been singled out by jihadist groups resulting in significant declines in the number of visitors. Overall, tourism revenues in Egypt and Tunisia are down by around 40 percent over the last several years. The decline in the price of oil has constrained the finances of Saudi Arabia and the other petro-states, further dampening economic growth and aid programs in the region; resulting in high rates of unemployment and human misery.

The political instability that has accompanied the Arab Spring, has created spaces where jihadist groups can flourish, resulting not only in the spread of such groups but also in the emergence of multinational jihadist organizations that have established franchises in multiple countries. 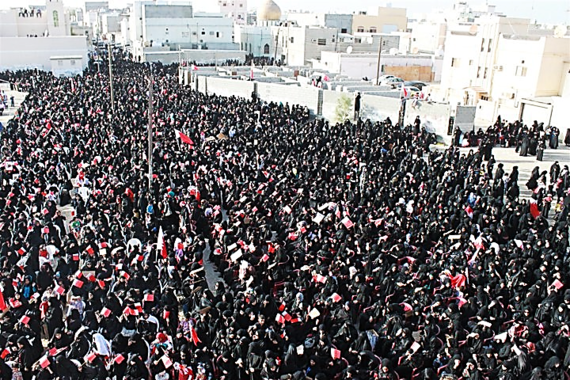 Moreover, in those countries where there are significant Sunni or Shia populations that do not hold political power, as in Syria, Iraq, Yemen and Bahrain, popular discontent with ruling governments is being subsumed into a broader Iranian-Saudi/Shia-Sunni rivalry. In these cases, such conflicts can turn into proxy wars between Saudi Arabia and its Gulf allies on the one hand and Iran and its allies on the other. Consequently, what began as domestic disputes can quickly morph into broader, Middle East wide conflicts that could also draw in the U.S. and Russia.

In retrospect, little good came from the Arab Spring. In those countries where the U.S. and its allies intervened, Libya and Syria, and to a lesser extent Yemen, brutal regimes were either replaced by even more brutal regimes, or existing regimes became even harsher or gave way to complete political chaos. Those countries that avoided political chaos did so by and large by making cosmetic changes while clamping down even harder on popular unrest. Ultimately, the Arab Spring did not solve the crisis of governmental legitimacy that plagues the Middle East, it simply resulted in just enough additional repression to defer the inevitable explosion to a later date.

The West ultimately misunderstood and mischaracterized the Arab Spring. Was this an "intelligence failure", poor decisions by those in power, an ignorance of the region's history or simply an example of the hubris that presupposes we can reshape the rest of the world to fit our preconceived notions of what it should be like? Either way, our efforts to encourage it only spawned chaos and civil war, and will have only served to destabilize the region even more.