The Art Renewal Center (ARC) has collaborated with the Museu Eruopeu d'Art Modern (MEAM) in Barcelona and the Salmagundi Club in New York to present the International ARC Salon Exhibition.
Traditional works chosen as a part of the Art Renewal Center's Salon competition in 2015 were exhibited at MEAM and now the exhibition travels to New York where it opens on Jan. 18th at the Salmagundi Club. 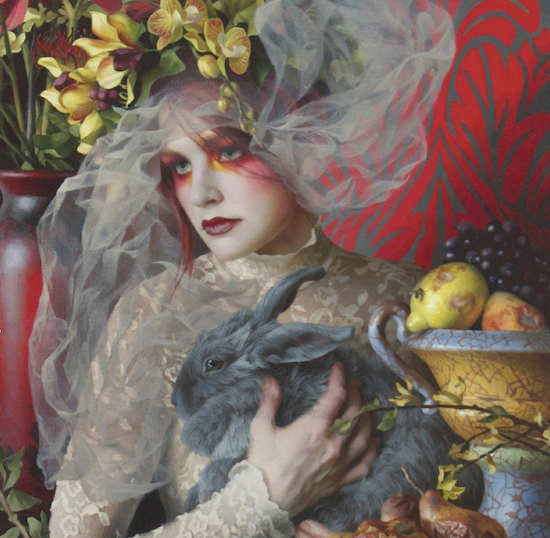 What a great step this is for paintings done in the Classical style to be featured in a major European museum dedicated to Realist art! It's essentially unheard of. Now we have the privilege of seeing this tantalizing show in North America. There are a plethora of celebratory events planned around the exhibition including a talk by Fred Ross, ARC founder and president, on the visual language of realism and the Da Vinci Initiative will be conducting drawing and painting workshops, and more.

The Art Renewal Center has been of great service to the representational art community for decades but this is the first time that work selected from their annual salon can be viewed live. 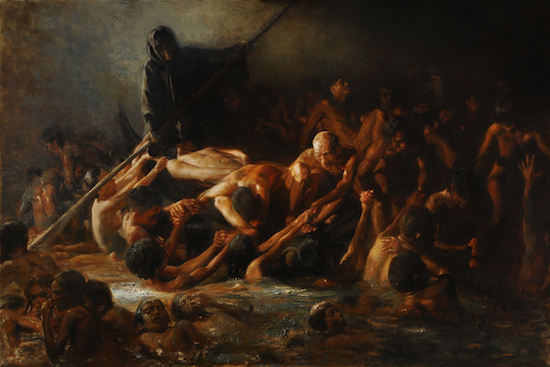 Fred Ross has an important message about this work that is worth focusing on, especially since semantics seems to be a core topic of discussion within today's representational art community. Where Ross might say Traditional Art, Daniel Graves, founder of the Florence Academy of Art might say Classical. Some call it Fine Art, Odd Nerdrum calls it Kitsch and now, many are calling it Post Contemporary but it is clear to see that what we are talking about is similarly beyond words, and that is important to note. At the core, beyond the words, we are working toward similar goals. One of those desires we share is to steer the cultural paradigm toward one of beauty. 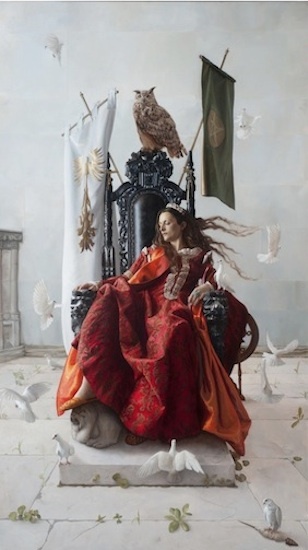 I wish to avoid the topic of semantics, at least as much as is possible in an article filled with words, and instead focus on some thoughts that Fred Ross shared when this important exhibition opened in Barcelona, in which he reminded us that image making is a language unto itself. It communicates in its own unique way, a way that other languages cannot and it does so in a fashion that helps people connect with one another. It has the ability to reduce tensions and the likelihood of conflict, and this is something that Fred Ross brought out positively in his talk.

Representational painting comes with an inherent, borderless understanding of what is being depicted and that is a special power of the style, to tell stories that cannot otherwise be told. Told so silently, skillfully and beautifully that they become treasures. The exhibition we are talking about is full of treasures. 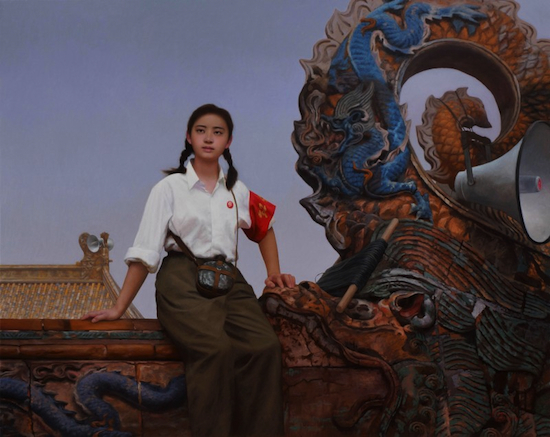 Ross points out that, "The language of traditional realism cuts across all of the other languages. It can be understood by all the people of the Earth. It is a universal language. The modernist paradigm attempted to abolish the only universal language that exists."

He also says, "A truth of human existence is that we are all going to die. Instead of shaking their fists at eternity and becoming overcome with sadness and depression, the artist rages at the dying of the light, seeking to overcome the vast loneliness of existence. 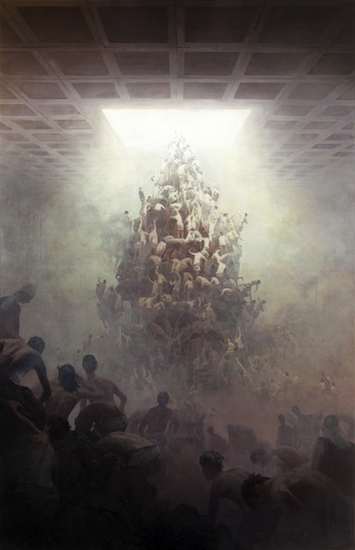 We share the desire to be loved, held, and warmed. We also have pride and are vulnerable to having our feelings hurt. Fine Art has the capability of dealing with all of these feelings and experiences that benefit, excite, terrorize or plague humanity. Fine Art is that which communicates this array of experiences with dignity and grace. "

I have spoken to many hundreds of painters, sculptors and collectors too who are involved with the reconstruction and who are thankful for what ARC has done for the representational art community over the years. Thanks to the efforts of Fred Ross and like minded people, the universal visual language is reuniting us, reconstructing meanings, offering us beauty and it is thriving in the 21st Century.

Beyond the words we share a language. It is being spoken at the International ARC Salon Exhibition which will be at the Salmagundi Club from Jan. 18th until Feb. 4th.

To be able to see such a collection of paintings cooperatively collected and internationally exhibited is a big step in a beautiful direction!

ARC is a non-profit educational foundation. They support and work in conjunction with he Da Vinci Initiative, whose mission is to bring skill-based techniques like those embodied by the works in the ARC Salon into K - 12 classrooms. They are planning on holding a special forum for high-school students and teachers on the atelier training method and its benefits for those interested in pursuing a professional career in the arts. Tickets for all events are available for sale / RSVP through the ARC website. All proceeds will help fund the ARC and help to pay for the costs involved with running the show.

More information can be found on the ARC website.
www.artrenewal.org