Excerpt from "The Art of Cheating Death" by Ron English 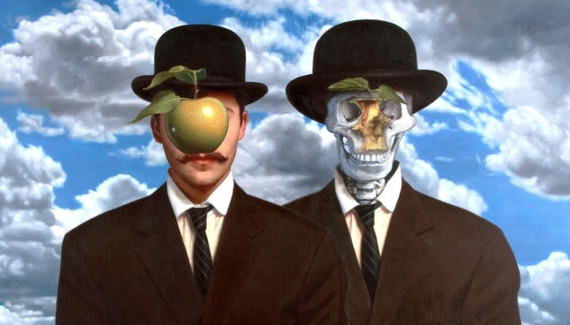 I was kidnapped once by a deranged knife wielding artist who demanded I look at his work. Once inside his studio he questioned the sincerity of my admiration - which was, admittedly, given under duress - and, looking me straight in the eye, began methodically slashing his paintings to ribbons. I suggested a trip to the local convenience store for a six-pack, and he and his knife accompanied me. Once the beer was on the counter, I dashed out the door, rolled over the hood of a cop car (whose inhabitant completely ignored me), and tumbled into the back seat of a miraculous idling cab. The last I ever saw of that artist was his forearms pounding on the hood of the cab as it sped through a red light. But his art, or specifically, the experience of witnessing its destruction, has stayed with me to this day. I was a witness to a suicide by proxy during one of my closest calls with death. 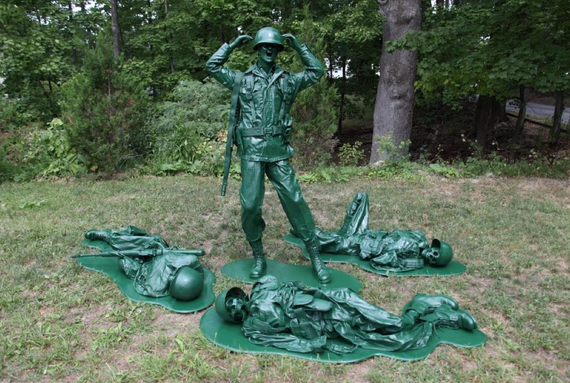 Art that has outlived its creator exists beyond the reach of death, and its ultimate purpose may be to preserve the high marks of human consciousness for unborn generations. It is at its core a very human attempt to outwit death, or at least to protect those divine flashes that are too new and fleeting to be encoded and preserved in our DNA - to protect this thing we most covet, which is uniquely ours, from extinction. 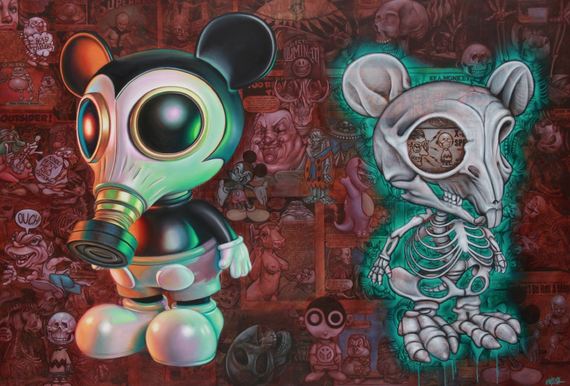 Art exists alongside us in the eternal now, with a wink and a grin from the grave. It is a half-smile on a beautiful face as seen through the eyes of a visionary long since dead, an artist who lives on in a collective consciousness imbued with his restless imagination. Like new DNA, new art is a mutation of former conceptual constructs adapted to rapidly evolving circumstances. It is not only a continuum to the past but a lens to see into the future. Everything makes sense to the enlightened, especially the simultaneous inevitability and impossibility of death. 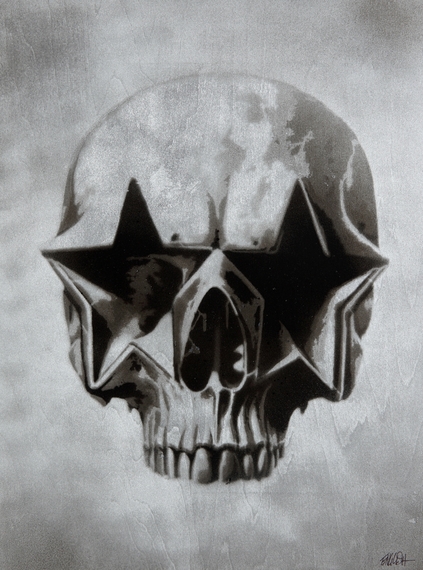 As humans we know we are going to die, a fact that invokes anxiety and denial, expressed through elaborate mythologies and religious beliefs. If our consciousness is dependent on the survival of a human carcass, vulnerable to numerous outside forces and pre-programmed to ultimately self-destruct, then obviously we are doomed. Getting a fingerprint on culture may be the closest thing to a non- genetic afterlife.

Our genes are not entirely our own, but are shared with offspring and ancestors; our uniqueness lies in the particular combination and small defects in the code. The same is true with art; nothing is really of our invention or destruction and all we can offer is the slight mutations and unique combinations that define our existence and inform the future. But not even art is forever. Some attempts do not survive long enough to enter the consciousness of anyone besides the artist, while others become monumental signposts that engage across generations. If penetrating the consciousness of others is the ultimate goal of art making, then the artist needs to choose a strategy to expose the work to others, preferably not at knifepoint. The trade-off is reaching a wider audience through a decrease in the creation-to-consumption time span by creating or placing the art in a highly visible but volatile situation, or the possibility of a more long-term and expansive dialogue at the expense of immediacy. The world of ideas is, after all, as competitive as the drive to spread one's DNA, and probably equally important. 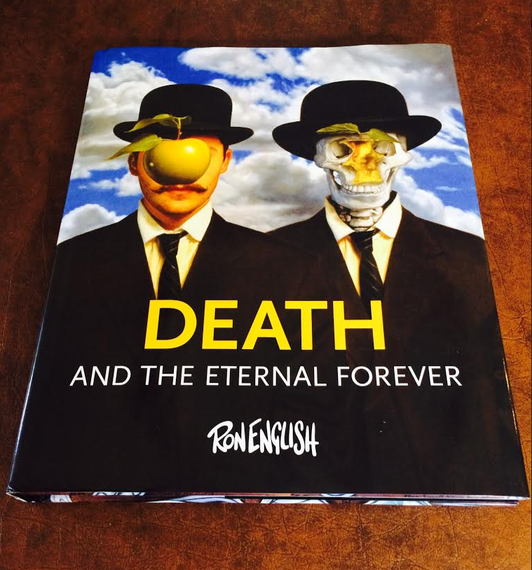