McIntosh explains, "It's a rather dark and uneasy show about how fears and insecurities push artistic creativity. Contained within the show are numerous artifacts from the 9/11 World Trade Center, along with a sculpture that continuously burns coal that was recovered from the 1912 Titanic shipwreck." 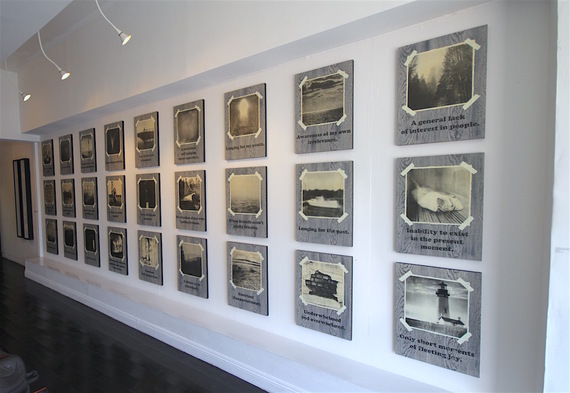 How do viewers react to this work?

There's a general sense of artificial joyfulness and optimism that exists heavily in the LA art scene, especially when compared to New York, which is much darker and melancholy. Some people here can't handle loaded work like I make and just want a little chuckle when looking at art, so they turn a blind eye.

I've always had a sinister side in my work, but there's also quite a bit of humor mixed in... This often provides an entry point for the viewer. A guy came into the opening and looked at the "Jet Fuel Can't Melt Steel Beams" piece which has an actual World Trade Center key on it, and he just started cracking up laughing, but then something else hit him and all of a sudden he was like "ohhhh shit" and he stood there for several minutes quietly contemplating the work, contemplating his relationship to it, contemplating himself. He came up and thanked me immensely afterwards and shook my hand. 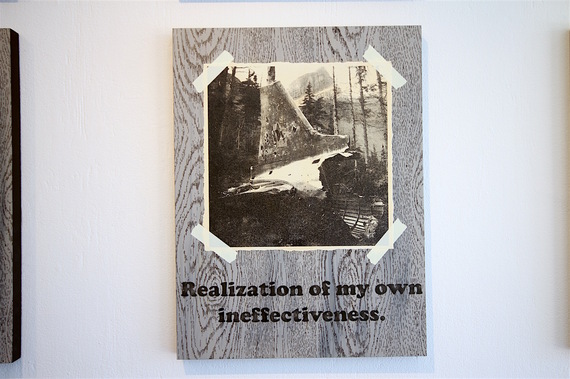 What draws you to plan crashes and ship wrecks?

There's this photo I saw from 1919 of dead whale that washed up on a beach. There's like a dozen people standing on top of the dead whale posing for pictures and kids playing all around it. There's also writing painted all over the whale, advertising, like "Joes Cafe.. Great Food.. Music... Seafood and Crabs". This was revolutionary in terms of advertising, because someone realized that this is where people's eyes and attention go. 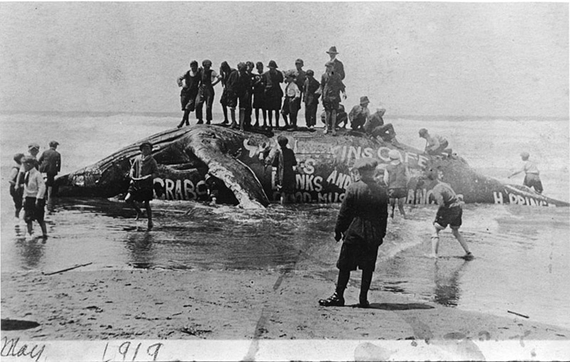 Death is so far removed that it just becomes a spectacle. The same goes for ship wrecks. Before the internet and cell phones, people would drive hours to see a ship wreck they heard washed ashore. People still do actually! There's this awe and wonder of disasters that has always captured peoples hearts. Who isn't enchanted by the story of the Titanic?

There's a sculpture in the show that contains a large piece of coal that was recovered from the Titanic wreck. The sculpture has a propane tank and torch on it, and it is slowing burning away the coal until there's nothing left. Scientist say the Titanic wreck is only going to exist for another 20-30 years before it fully decomposes and is just a rust stain on the ocean floor. However the 6,600 tons of coal from the ship will not dissolve as it's pure carbon. Maybe in millions of years they will all turn into diamonds. There's something really romantic about that. 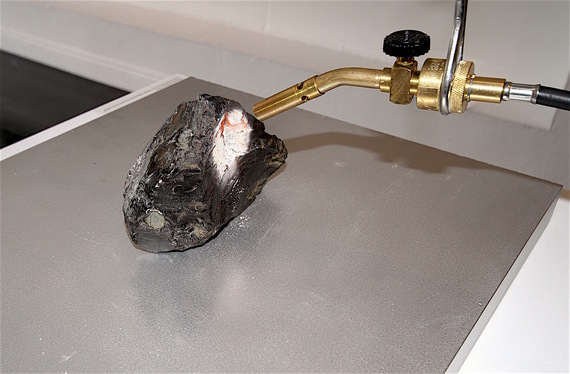 What feelings do you want the viewer to leave with?

If the viewer can walk away with ANY type of feeling, then my job as an artist is complete. There's a lot of contemplative objects and images in this show that have an intrinsic relationship to the individual and society. For me at least, the work articulate the restless human search for certainty in the face of a constant fluctuation between states of hope and fear. There's a feeling of uneasiness in the show, but it's all relatable. It reminds people they're not alone in this struggle. 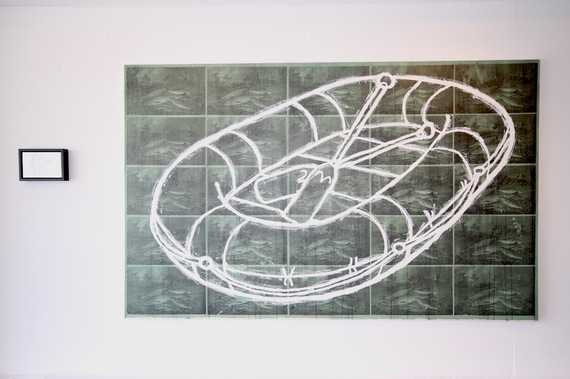 What are some of your influences?

In terms of artists that have influenced me, I'd say Paul Thek, Marcel Duchamp, Ed Ruscha and Bas Jan Ader is a major one. Ader was a performance artist that attempted to sail the North Atlantic ocean in a little 13' boat he built. He vanished a few weeks into his trip and they found the boat about 10 months later, floating vertically off the Irish coast. 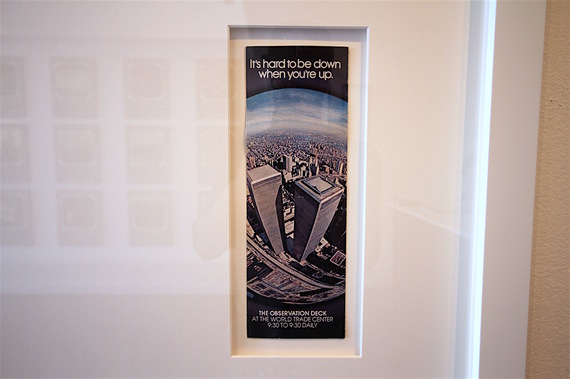 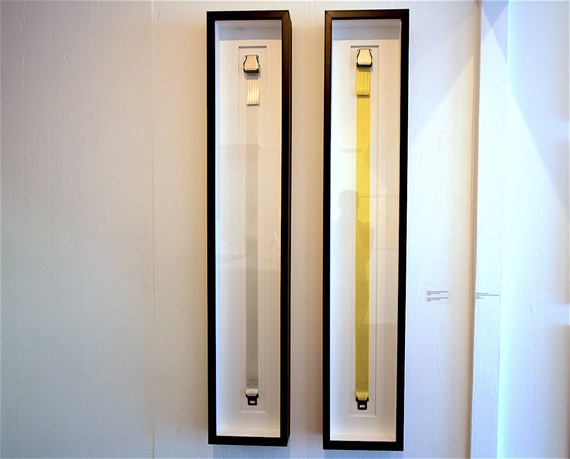 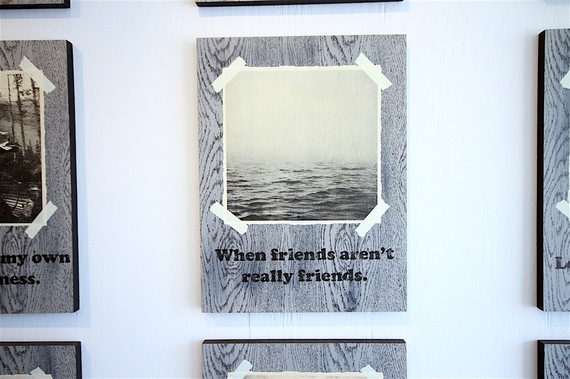 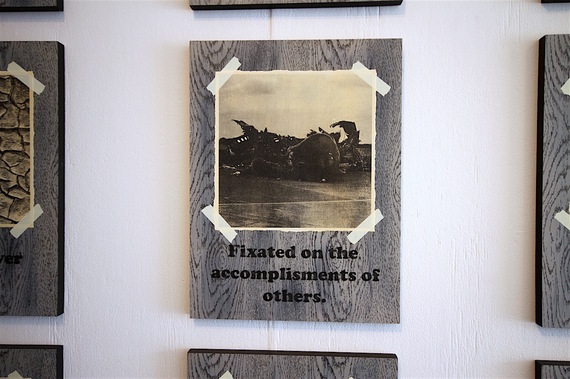 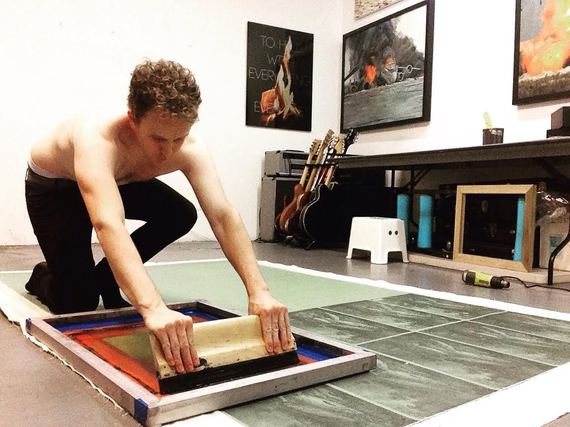 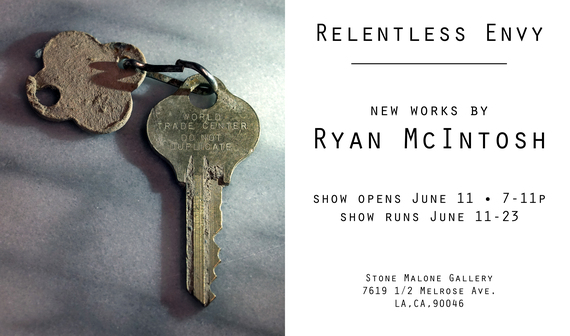