"Could a greater miracle take place than for us to look through each other's eye for an instant?" - Henry Thoreau. 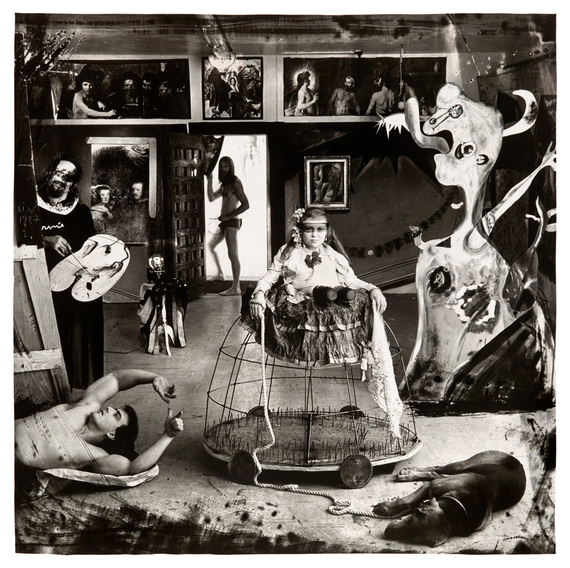 The first joint exhibition of two of America's most respected living artists, Joel-Peter Witkin and Jerome Witkin at Jack Rutberg Fine Arts raises intriguing questions about the similarities between these remarkable twins. For 50 years they have worked separately in different geographic locations and different genres - Jerome in epic figurative painting and Joel-Peter in hand-crafted photographic compositions. They are both primarily story-tellers, highly skilled in labor-intensive craftsmanship and draw heavily on art historic references to shed light on current issues. They both use dramatic religious and mythological iconography to delve inside the psychological worlds of people who suffer from tragic events (the socio-political dimension of human experience in Jerome's Jewish inspired paintings) and physical abnormalities (the transgression of cultural constructions of perversity in Joel-Peter's Catholic inspired photographs). Both artists have a deep emotional connection with people which led Jerome to pursue figurative painting - even when it fell out of vogue - and Joel-Peter to pursue erotically charged compositions with physically deformed models - even when it was misunderstood and caused controversy.

Jerome emphasizes his "regret" for the tragic situations people survive, describing his work as "existential narrative" while Joel-Peter emphasizes his "gratitude" to his unusual models, describing his work as "romantic moralism." They both believe passionately that artists must make a contribution to life through art. Joel asks " If they had a knife at their throat what would they be talking about?" Jerome emphasizes, "What matters is that you stood your ground, you found your poetry." Both artists are fearless risk-takers, drawn to edgy, sometimes taboo topics - death, despair, deformity - which they explore in dramatic theatrical tableaus, without sensationalism or sentimentalism, only deep sensitivity to the mysterious beauty of their uncommon subjects. 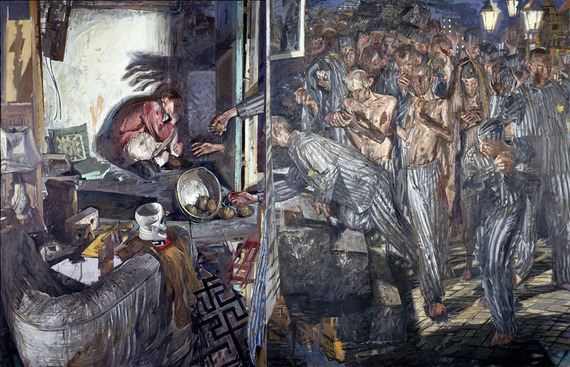 It is the empathy for their subjects that draws the viewer's imagination inside their work - into a powerful identification with the heroic spirit of people who experience suffering with dignity and courage. This empathetic quality gives their work both an emotional gravitas and infectiousness rarely seen today.

German philosopher Rudolf Lotze first coined the term "empathetic" (a translation of Einfuhlung) in 1858 to explain "in feeling" - the way we "feel into" works of art. The importance of the empathy we experience in art was derived from the Greek doctrine of empatheria (em "in" + pathos "feeling"). The aesthetic philosophy of empathy was applied extensively to the visual arts - by German art historian/philosopher Robert Vischer in On the Optical Sense of Form: A. Contribution to Aesthetics (1873) and German psychologist/philosopher, Theodor Lipps in The Aesthtik ( 1903). Sigmund Freud took the psychological significance of empathy expanding it to explain the dynamics of putting oneself in another's position.

Russian novelist Leo Tolstoy amazed the world with one of the finest definitions of art in What Is Art? (1897). He argues, "A real work of art destroys, in the consciousness of the receiver, the separation between himself and the artist." The core quality of art, Tolstoy calls "infectiousness" - which increases with the level of the artist's "sincerity." Tolstoy concludes that when we are "infected by the feelings which the author has felt, it is art."

In Las Meninas he transforms Velazquez's enigmatic masterpiece by staging a woman without limbs in place of Infanta Margarita, in a metallic framework that resembles the sumptuous dress in the original. In place of the king, queen and courtier he stages hybrid figures - upturning social hierarchies by honoring the so-called "abnormal" who take the position of the aristocracy. He even uses his own presence in place of Velazquez - situating his lovingly hand-crafted photographic compositions in the history of painting. 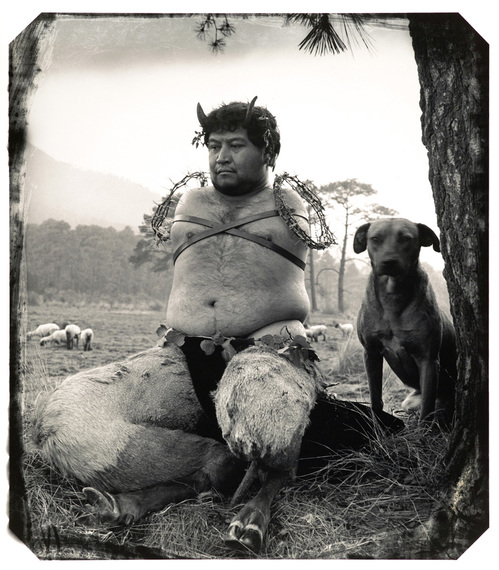 In Jerome's paintings, the "infectiousness" comes from deep empathy for the suffering of his subjects - victims of the holocaust, AIDS, poverty, crack, disenfranchment, demons (both real and imaginary). He sets up his scenes like a film director with models acting the parts of real people he has read about. The German Girl is based on the true story of a girl who left potatoes outside for Holocaust victims, and demonstrates how his masterly painterly techniques are based on fine draftsmanship. Vincent and His Dream Girl is based on Van Gogh's letters, and explores the way the suicidal artist is tortured by his imaginary demons in multiple panels that resemble chapters from a novel. 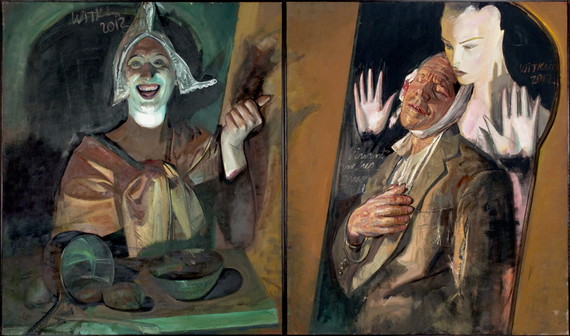 American essayist Susan Sontag expands on Tolstoy's definition of art as a vehicle of empathy a century later, arguing that "art is a form of consciousness." In Regarding the Pain of Others (2004), Sontag argues that the moral problem of the "educated class" lies in "our failure [...] of imagination, of empathy."

For decades, the art world has largely abandoned empathy in favor of cynicism. Sensationalist and shocking art gains more attention than deeply reflective art, in the glib art discourse on hipness that often mirrors mass media sentiments. When artists appropriate media images, they run the risk of collapsing into the same commodified emotions that advertisers use to sell products - unless they subvert the manipulation. However, the Witkin twins address dark forbidden themes without exploiting or pornifying their subjects. They love the unloved, honor the dishonored and normalize the so-called "abnormal."

Barack Obama introduced the notion of empathy into political discourse by asserting that the United States has an "empathy deficit." Neuroscientists and psychologists recognize empathy as the evolutionary basis of human co-operation which is hard-wired in the brain - but, disturbingly, psychopaths and a growing proportion of narcissists, lack this "empathy circuit."

Today, empathy is the political buzzword and hot topic of neuroscience and psychology. But it has fallen out of art dialogue based on cynicism - paradoxically, since it entered psychology via 19th century aesthetic philosophy.

The Witkin twin's exhibition is extended to August 30th in response to enthusiastic public reaction. The staying power of these artists who always stand their ground, ignoring passing trends - only to receive the most prestigious art awards and their place in major public collections - is an antidote to the "failure of empathy" (Sontag) and the "empathy deficit " (Obama) because their classic work embodies the Greek idea of art as empatheria. While cynical, wannabe hip artists fall behind the times, these grand men become more relevant by remaining true to their convictions.