The Art of Killing is a series of twenty-five photographs made in 2012 that are re-enacting selected massacres of German civilians in the Czech lands in 1945. The photographs were made in regard to archives and testimonies of victims, survivors and perpetrators. 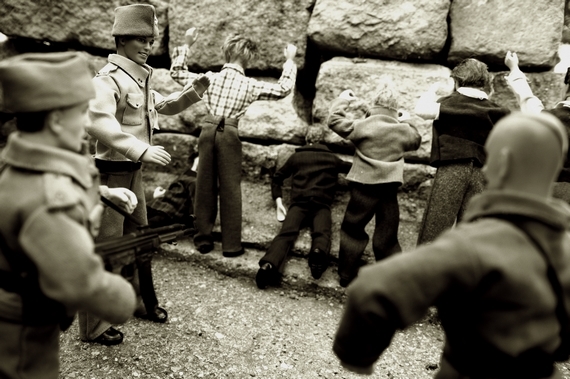 POSTOLOPRTY (May - June 1945): Up to 3,000 people were shot and beaten to death in the Postoloprty barracks and their vicinity

The first days in May 1945 brought the desired freedom to the occupied Czech lands. The suppression by the Nazi Third Reich was over, and although it seemed that the capitulation of Germany would put an end to the thoughtless violence against civilians, the reality was different. Especially after the end of the war and before the Potsdam Agreement that laid down the conditions regarding the expatriation of the Germans from the Czech borderland, thousands of German civilians were killed as a result of collective guilt - including those who participated in the anti-Nazi resistance, foreigners or Jews. The instigators of these brutal acts were often members of Revolutionary Guards (sometimes nicknamed the Looting Guards), units recruited after the Prague Uprising from partisans and volunteers. These units were subsequently sent to the borderland areas to control the situation from the position of power. Numerous complaints were raised in relation to their unruly behaviour, brutal violence against civilians or looting of property. Similar conduct was adopted by some of the members the Red Army and the reconstituted Czechoslovak Army. 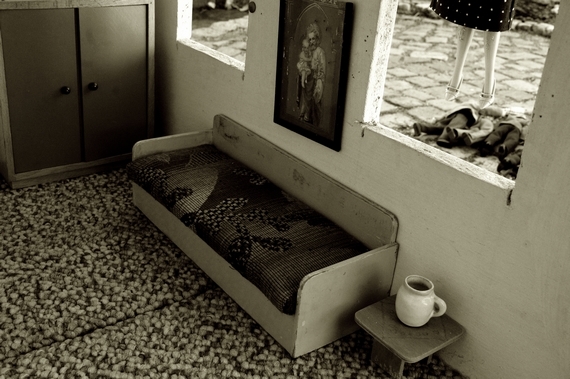 Cruel executions were not only carried out by armed units, but also by common Czech civilians who wanted to retaliate for the injustice that had been done. However, most of those responsible for war crimes left to Germany during the first days after the war. After the outbreak of mass killings (the number of victims is estimated at up to 30,000) dozens of thousands of Germans committed suicide because they were afraid of the forthcoming events. 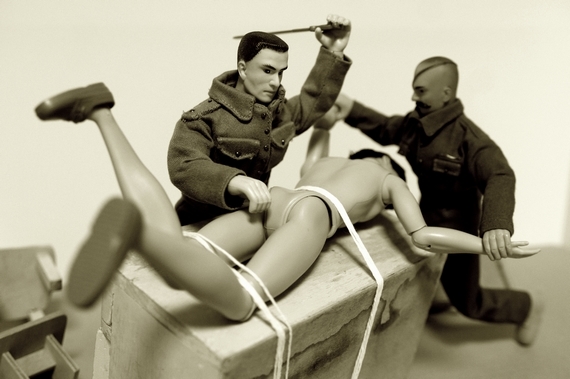 KRÁLÍKY (22 May 1945): Erhard Wagner was beaten up with the flat sides of sabre blades in the basement of the building of the present museum

The survivors of this fury who had not been expelled from the country often spent the rest of their lives living side by side with those who murdered their relatives without the chance to get a fair trial. It was forbidden to speak about these crimes. And even today, many of us do not doubt the legitimacy of our ancestors' acts committed after the war. "They burnt down the village of Lidice, and so they got what they deserved. And there is no question about that!" 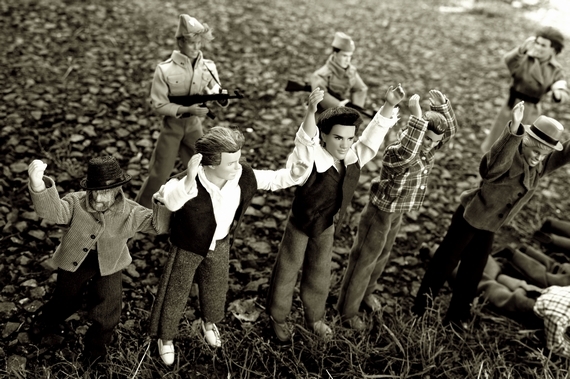 PRAGUE - BOŘISLAVKA (9 May 1945): Forty-one persons were shot near Bořislavka cinema 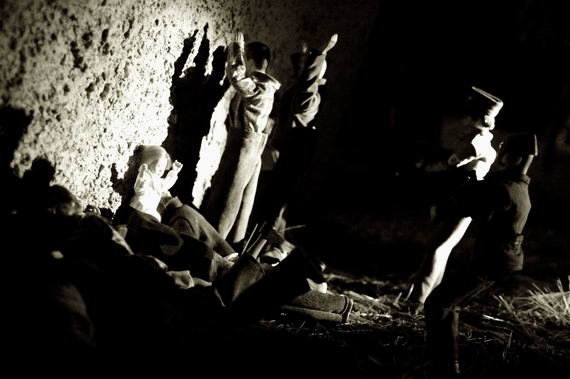 POSTOLOPRTY (May 1945): Thousands of victims killed in the Postoloprty barracks and in their vicinity, including 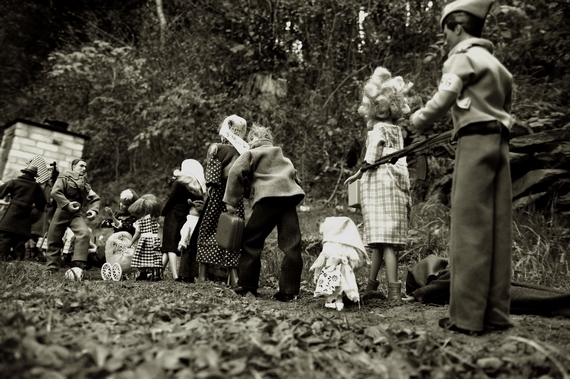 BRNO DEATH MARCH (30 and 31 May 1945): Shooting in the neck, beating and tormenting of Germans unable to work during their deportation from Brno to the Austrian border; up to 10,000 victims 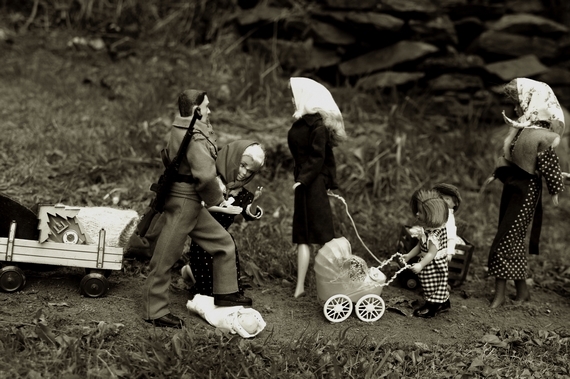 BRNO DEATH MARCH (31 May 1945): A member of the Revolutionary Guards stepping on a German baby 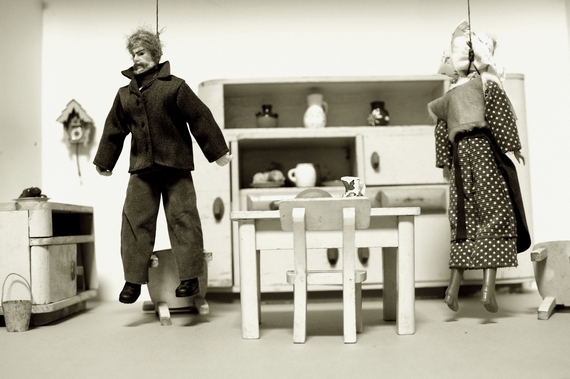 BUKOV (11 June 1945): Karel and Markéta Kutscher of about eighty years of age committed suicide in their apartment 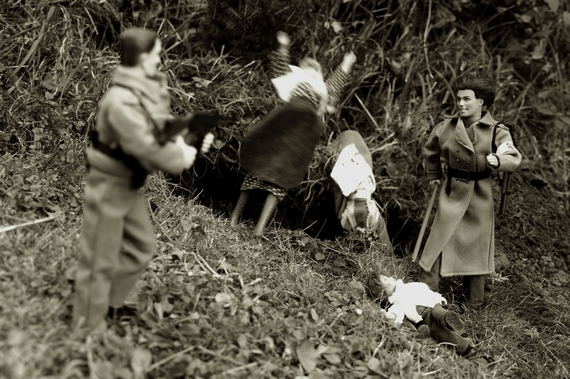 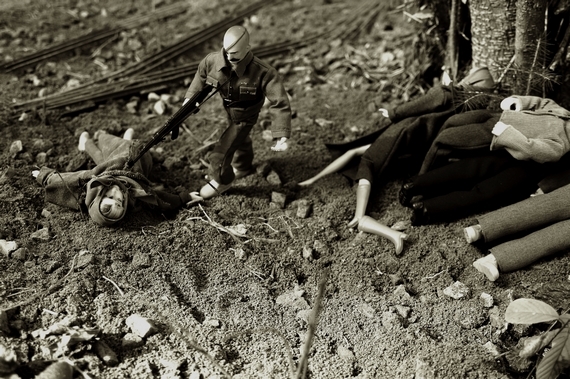 DOMAŽLICE (June 1945): Execution of approx. 120 persons in the vicinity of the train station, the bodies were subsequently buried in ashes 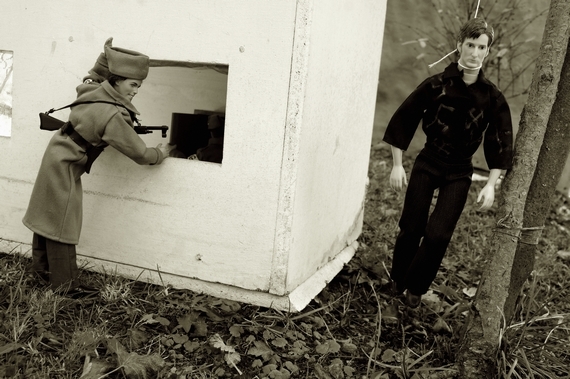 KRÁLÍKY REGION (May 1945): Revolutionary guards looting a house of an unknown murdered man 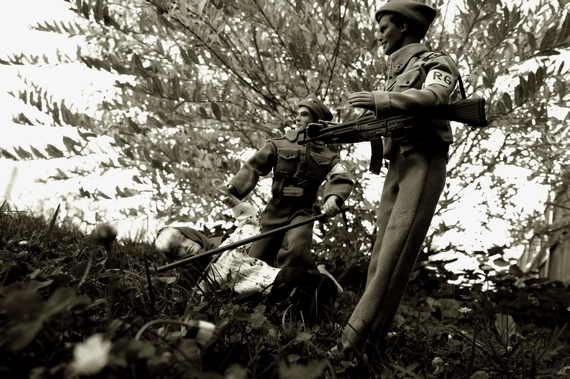 HORNÍ LIPKA (August 1945): Abuse of Marie Neutzler, as a result of which she died four months later in a hospital in Červená Voda 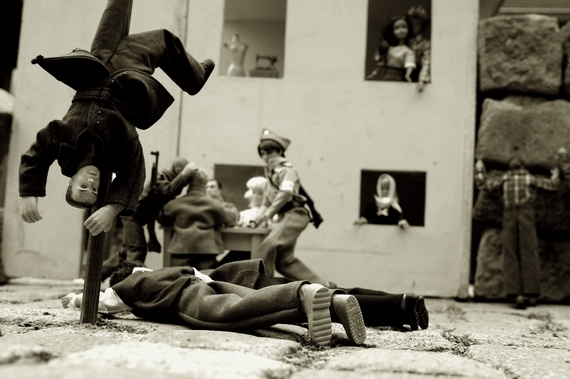 LANŠKROUN (17 May 1945): One of the Germans who were hung on street lamps after being tortured; a total of twenty-four persons were killed 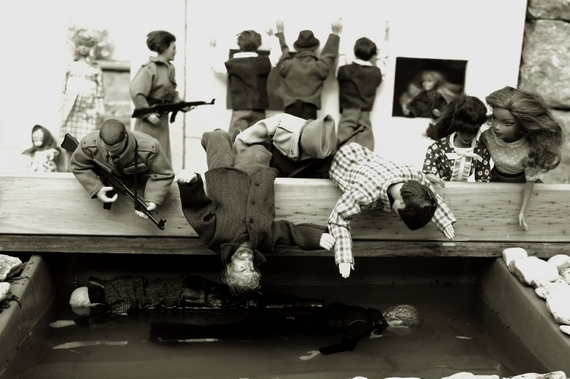 LANŠKROUN (17 May 1945): Torture and subsequent execution of German citizens in an air defence fire tank on the town square 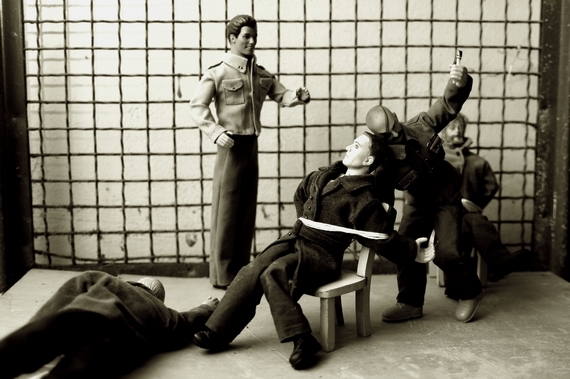 HANKE CAMP - OSTRAVA (15 May - 20 June 1945): Nails were driven under the fingernails of the captured and tortured prisoners, 234 people were tortured to death 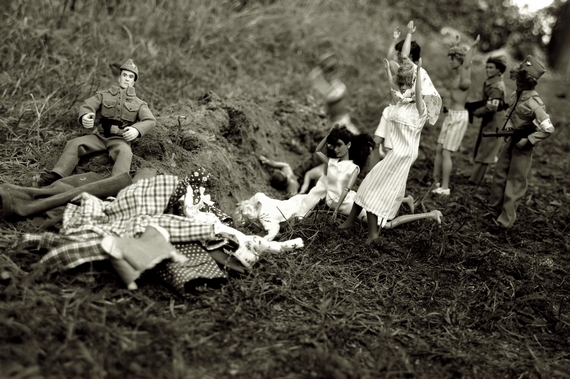 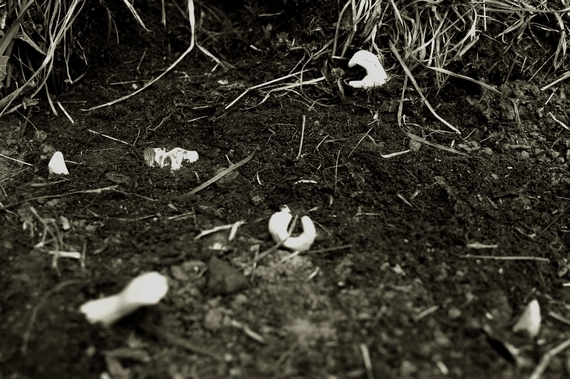 MIROŠOV NEAR ROKYCANY (Summer 1945): Mass grave of thirty to forty war prisoners who were tormented to death in a castle park 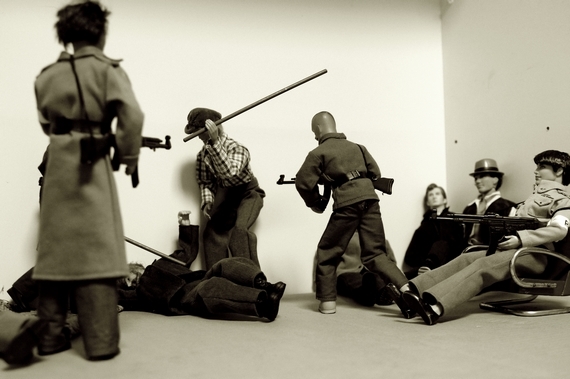 VESNA CINEMA - PRAGUE (June 1945): Several dozens of victims tormented to death in the Vesna cinema, prisoners were forced to torture and kill each other 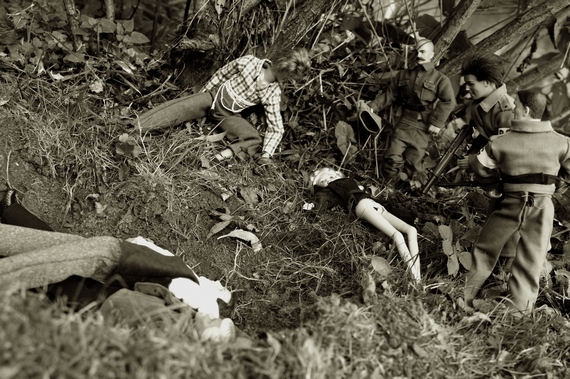 TUŠŤ (24 May 1945): Olga Vlčková shot in her pelvis after the execution of fourteen men and one woman 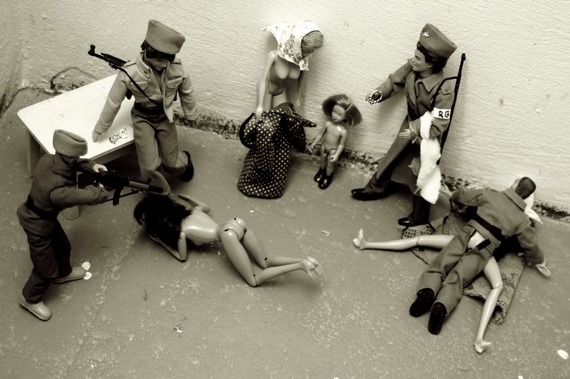 ŽATEC (June 1945): Search for hidden jewellery and a mass rape of women and children in Žatec barracks 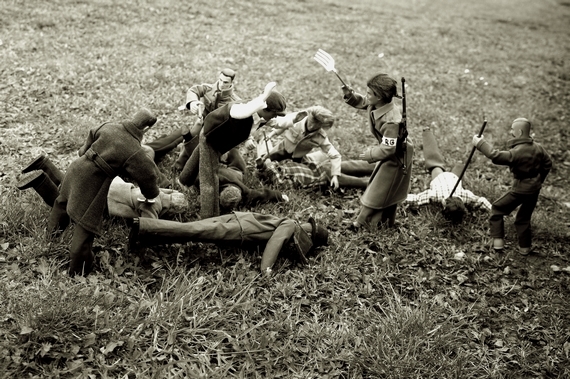 BUDÍNKA NEAR DOBRONÍNA (19 May 1945): 17 Germans were beaten to death in a field near Dobronín using shovels and other tools 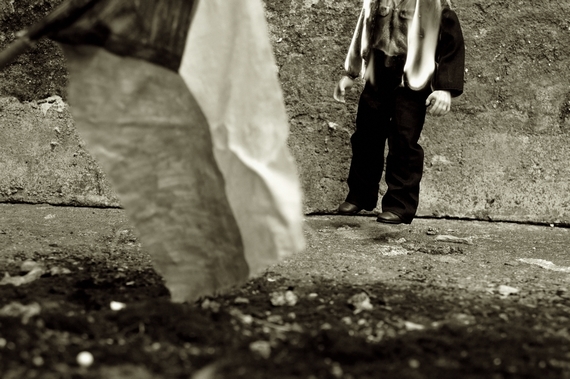 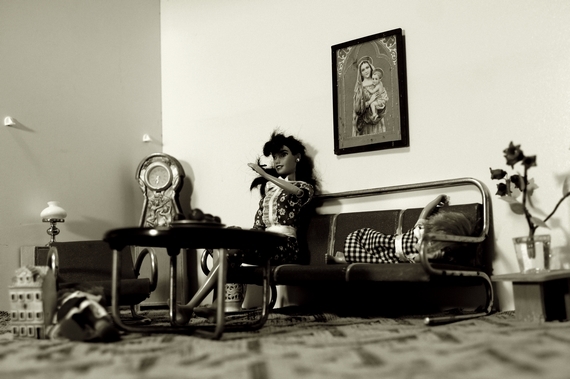 KRÁLÍKY (10 May 1945): Emma Pope committed suicide after having shot her two children