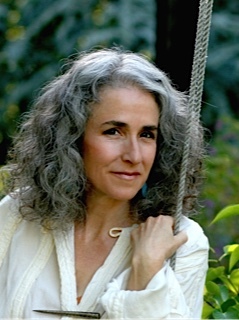 Artist Melanie Rothschild is on a mission to dispel the myths that art is just for the privileged and that you need to be trained before you can create something wonderful.

"If you only have art that comes from the highly educated and trained it'll just be slightly updated versions of what's come before," she said.

Rothschild believes that creativity is not just about art. Sometimes it has nothing at all to do with art. Creativity is about how we think, the possibilities we allow into our thinking and our ability to follow through with action. In just about anything we do, we can think creatively, she says.

"Creative thinkers, whether they be artists or not, are willing to fight conformity and are willing to take on the continuing need to re-evaluate what defines conformity. They don't need a degree in anything from anywhere to do that, they just have to believe in their gut that it's what they must do," said Rothschild.

Her elaborately painted picture frames, boxes and tables were sold in stores and galleries throughout the United States for twenty years. Her fine art was also regularly shown and sold. Then a massive mistake, where she accidentally knocked over cans of paint in her studio, became a new source of creativity and artistic expression.

Rothschild decided the best way to clean up the mess was to wait until the paint dried and peel it off the floor. She lifted the peelings, saw the beauty and turned them into art. Now Rothschild spills paint on purpose. 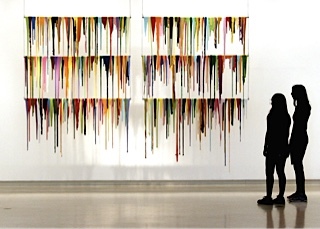 These artistic "mistakes," inspired Rothschild to write a book, The Art of Mistakes, to encourage others to awaken the artist within them who may have had previous attempts at creativity criticized or think they aren't good enough to even try.

It frustrates Rothschild that there's a need to categorize artists and that they often need to have credentials before they are taken seriously.

She recalls being moved to tears by an exhibition of The Quilts of Gee's Bend because the work was so exquisite. "One art critic expressed surprise that the quilt makers who had no education, no access to knowing about the luminaries of twentieth-century modern art, could produce such amazing work. This infuriated me," she said.

The quilt makers were mostly slaves or worked in cotton mills but had access to cast off fabrics or "mistakes." Sometimes they used fabric from their own tattered clothes and made quilts that are like big modern paintings. They are fabulous and they are great art, says Rothschild, who wrote her book for people who feel they don't belong in the art world but have this burning passion within them to be creative.

"Art is there to remind us that we can think for ourselves," said Rothschild.