In "The Art of Pin-up," Dian Hanson describes a pin-up simply as a "provocative but never explicit image of an attractive woman created specifically for public display in a male environment."

But this imaginary female isn't just attractive. "Her sexiness is natural and uncontrived, and her exposure is always accidental: A fishhook catches her bikini top, an outboard motor shreds her skirt, a spunky puppy trips her up or the ever-present playful breeze lifts her hem, revealing stocking tops and garter straps, but never the whole enchilada."

Since they skyrocketed to popularity in the World War II era, pin-up images have occupied a variety of roles -- military inspiration, commercial photography, kitsch nostalgia and cult aesthetic. But the images of buxom hips and red lips rarely fall into the category of fine art. Which is rather unfortunate. 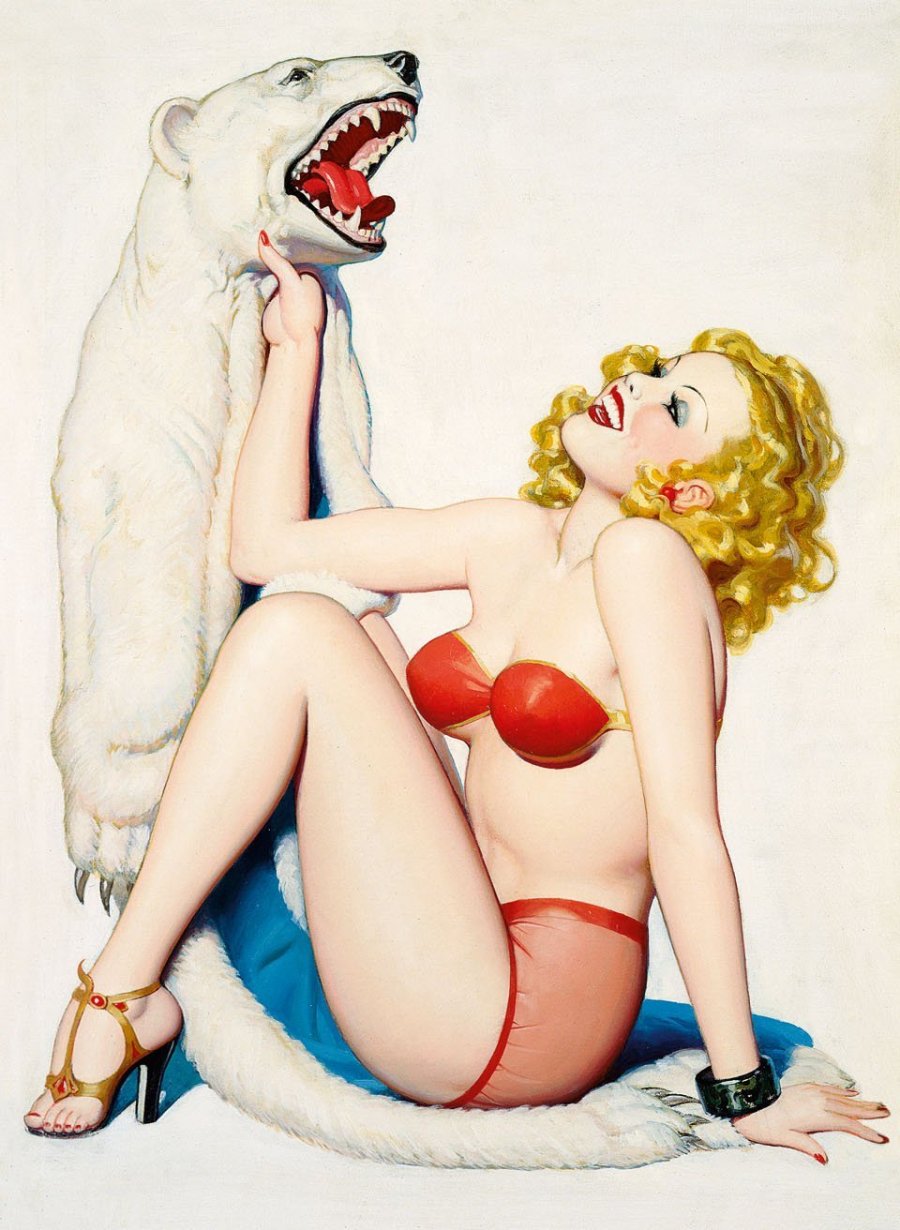 "Then there came a man named Charles Martignette; he had over 4,000 pieces. So much of the material of this kind had been destroyed by publishers and calendar makers because they owned it outright. Because of the frivolous nature of this material, that it was something meant to entertain men, they didn't see it as having any value. Even when the originals were large oil paintings they didn't see them as having any intrinsic value." 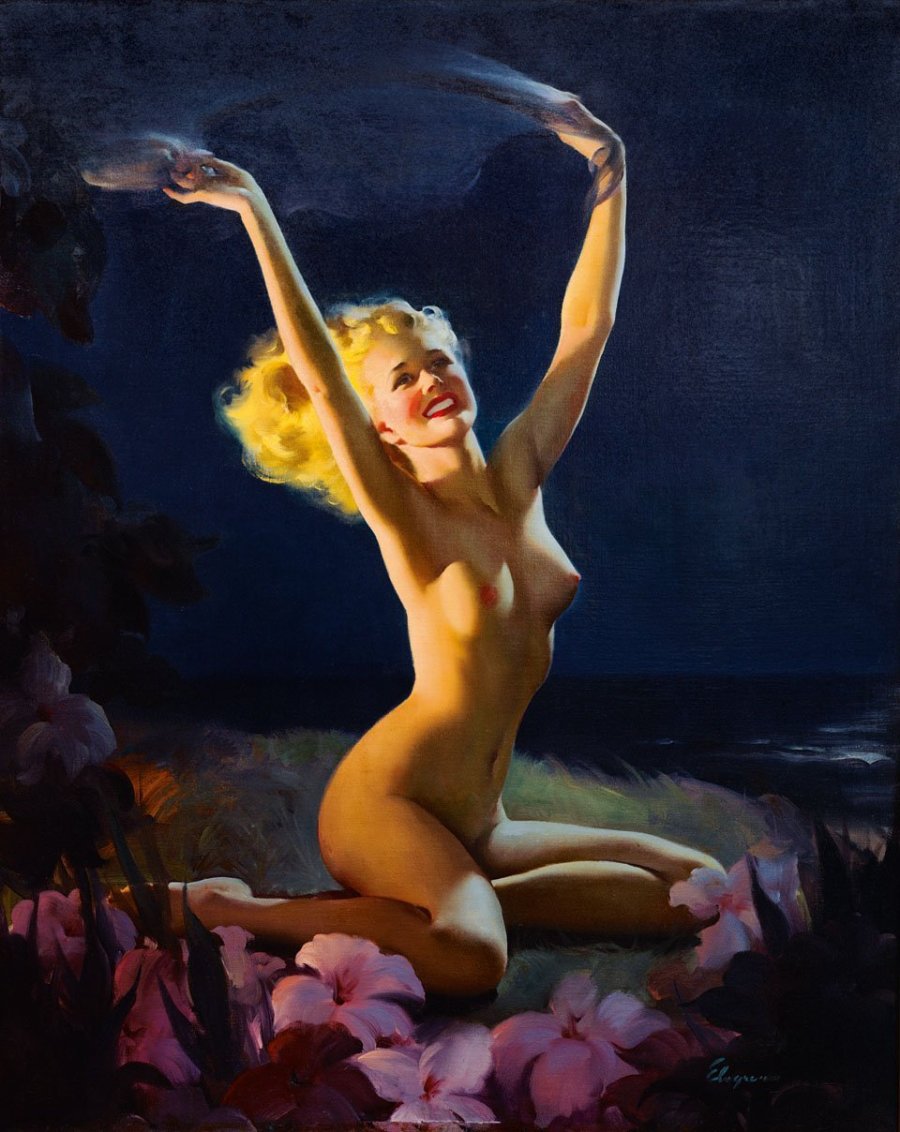 The idealized images, sexual without being graphic, are a delicious throwback to simpler times, when a naked woman wasn't just a click away. The arguably feminist images also scream of women's liberation at its earliest stages. And while ogling attractive females isn't really anything new, examining the brushstrokes that made them is surprisingly recent.

"This one man was able to gather up most everything and package it away and put it in storage units down in Florida where no one could see it. When he died in 2008, this collection was dispersed and suddenly all this pin-up art came on the market and could be photographed, could be seen, could be spread around. It was a tragic thing for him -- he died young -- but it was a wonderful thing for pin-up art and all its appreciators and collectors. This book really documents that dispersion -- of being able to see the original materials for the first time and make a book that treated it like fine art."

Get a glimpse of the glam world of pin-ups below and head to Taschen's website to learn more. 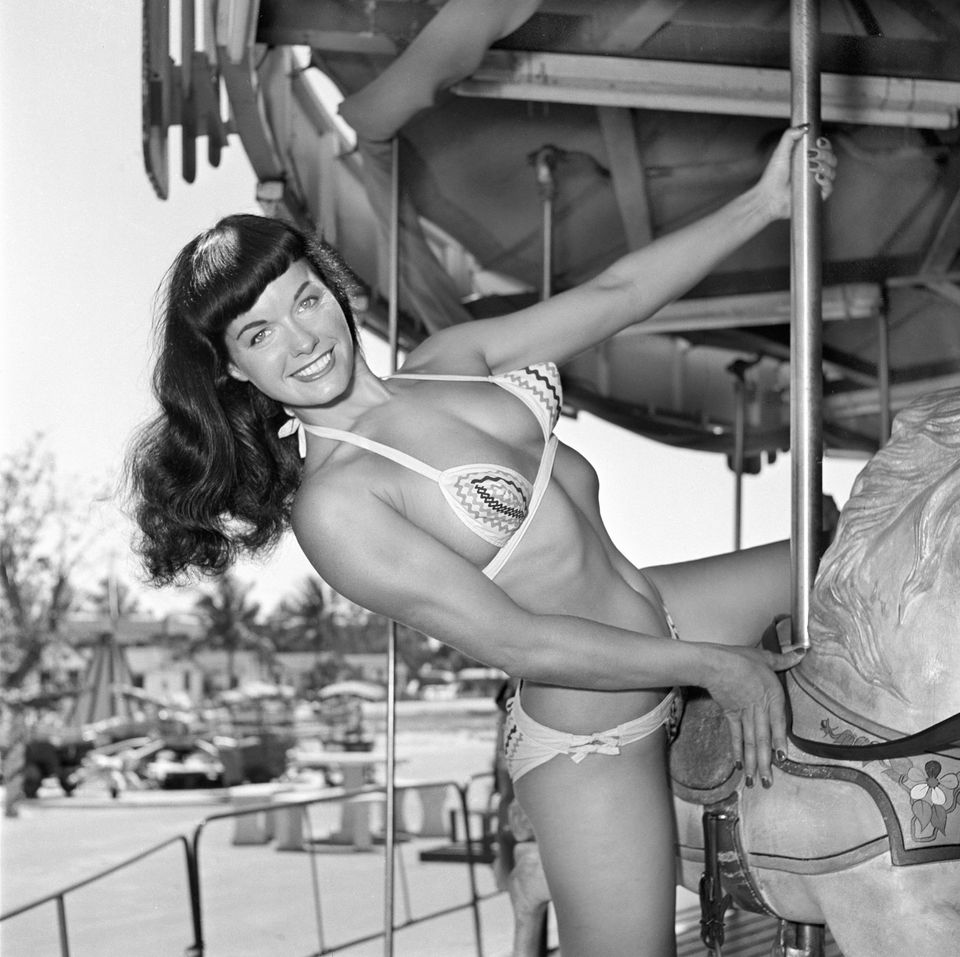 1 / 16
Other Betty Page Photos
In this photo taken in 1954 by photographer Bunny Yeager, model Bettie Page poses on a merry-go-round at an amusement park in Miami. Yeager was a model who become a pin-up photographer in the 50's and 60's. (AP Photo/Copyright Bunny Yeager) NO SALES
AP