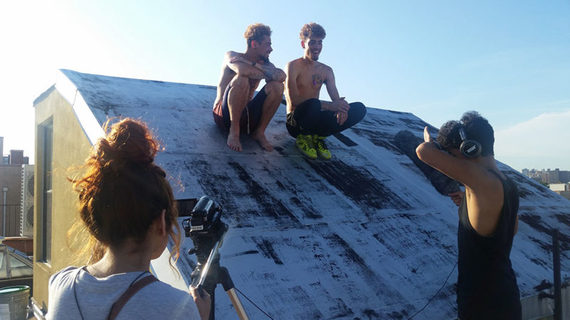 Comics, with their rowdy action boxed within firm, familiar lines and violence reduced to harmless bams, thwacks and kapows, give Mario Rivera the ability to escape from reality. "When you're reading the comic book, you're no longer thinking about your problems," says Rivera, a 24-year-old New Yorker who served time in prison for a violent crime he committed at age 15. The same goes for Rivera's younger brother Shawn King, 21, who lived in 37 foster homes between the ages of 7 and 18 and was jailed for a few months earlier this year. Comics gave him a "way of keeping in touch with my brother and my dad...[a feeling] like they were there next to me," he says.

The two brothers -- lanky guys with the same curly, orangish hair and dozens of tattoos between them -- barely saw each other during their formative years, but they recently reunited at the Community Producers program at New York City's Maysles Documentary Center (MDC) and discovered their shared interest in not only comics, but filmmaking as well. At MDC, the siblings, along with two dozen court-involved youth, created documentary shorts about their lives. After six months of production (all at no cost to participants), the films capture day-to-day life of someone who came into contact with the law and compel audience members to change the way they view these adolescents: not as convicts, but as creatives. 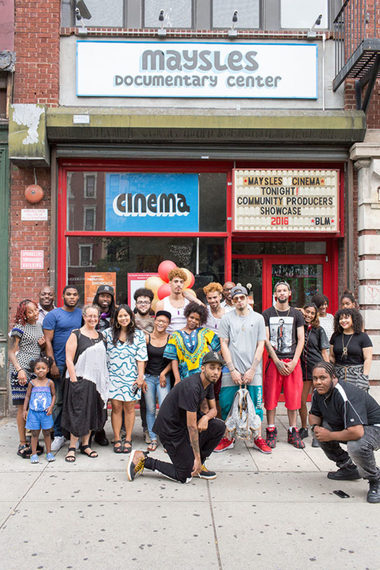 "If you hear from a young person who's been incarcerated and listen to his story, you'll leave different somehow, based on what you learned," says Christine Peng, MDC's education director who founded and oversees Community Producers. "Serving the communities and neighborhoods of the tri-state region is important to NBC 4 New York and Telemundo 47," says John Durso, Jr., vice president of community and communications for NBC 4 New York and Telemundo 47. "Maysles Documentary Center provides an important service to the community in which it's located and through 21st Century Solutions, our stations work together to support new programs and initiatives, generating positive change within our region.

MDC founder Albert Maysles and his brother, David, were revered documentarians known for "direct cinema," an approach where the cameraman simply observes without intrusion and edits the clips together without narration. By letting characters in films such as "Grey Gardens" and "Salesman" speak for themselves, the brothers (now both deceased) believed, "you really get to know the world, not the philosophy or point-of-view of the narrator." Albert's creed was that "you can listen to someone else's story and truly hear them out, without jumping to assumptions," Peng explains.

Similarly, Community Producers gives participants (all racial minorities with a criminal history) the opportunity to share their real-life experiences of growing up -- a chance many haven't been afforded by the social service bureaucracy or criminal justice system. After just a few minutes onscreen, the filmmakers break through misconceptions and reveal their vulnerabilities to moviegoers. For instance, a viewer will discover that the roughly 46 tattoos crowding King and Rivera's arms aren't the typical jailhouse variety: they're actually Pokémon and X-Men cartoons.

The process of breaking down stereotypes starts with the filmmakers themselves, as the adolescent New Yorkers, ever protective of their own turf and judgmental about other neighborhoods, had to learn to trust their peers at MDC. When the program first began in March, King was silent, and Rivera would only pipe up if spoken to one-on-one. They didn't discuss life at home. "Is this a safe space for me? Are these people going to judge me?" Peng says the kids wondered. "Part of what eventually built that trust was either realizing you were totally wrong about somebody or realizing that you shared a lot in common, as people who lost parents or siblings or who had traumatic experiences growing up."

Emulating the Maysles brothers by working in a pair, Rivera and King kept the cameras rolling nonstop, finding details from their lives that would resonate with an audience. As they debated artistic vision, their collaboration forced them to learn more about each other. While the brothers describe the experience as "fun," Peng says she witnessed them learn "to be accountable to each other, emotionally and physically." Often, the siblings pointed the lens toward their own family members, including a sister with whom they'd lost contact, and sometimes themselves. "The process of making the film gave them an excuse to be around people," she noticed. "They could be involved and also be a little outside," retreating behind the viewfinder. One afternoon, on MDC's rooftop, Rivera and King asked each other about their relationship with their dad, the first time they'd ever discussed him together. 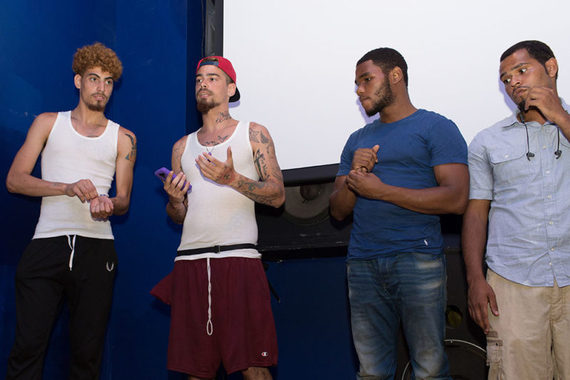 When NationSwell visited MDC in late June, King had been temporarily kicked out of the MDC space. Despite his brother's absence, Rivera said he planned to finish the film, even if he was doing it alone. "I've already started it, and I'm not the type who's into starting something and not finishing it," he told his peers after previewing a two-minute rough cut. King returned after a brief hiatus, and together, the siblings put together "Back to Reality," a film that shows the their tangible love for each other and, as Rivera puts it, their "daily escapades." The short movie also tackles weightier issues: learning how to parent while coping with their mother's recent death and grappling with the lifelong appreciation of comic books their dad instilled in them even though they now hate the man for skipping out on their childhood.

Unlike most arts programs that tout the cathartic value of transforming one's life into art, the Maysles Documentary Center Community Producers program impacts youth through alternative means. King and Rivera received something that had largely been missing from their childhood: a new way to connect with their family members and each other. With a camera in hand, they could rekindle any relationship and ask questions that previously might have been awkward. After filming her, King and Rivera's sister arrived at the showcase to watch their finished movie. Sitting together in the back row of MDC's theater, the siblings once again looked like a family. After years of separation, spent reading comic books alone, this reunion looked better than any caped crusader's rescue.

Maysles Documentary Center is a recipient of last year's 21st Century Solutions grant powered by the NBCUniversal Foundation, in partnership with the NBCUniversal Owned Television Stations. The grant celebrates nonprofits that are embracing innovative solutions to advance community-based programs in the areas of civic engagement, education, environment, jobs and economic empowerment, media, and technology for good.