Exclusive: Yvonne Sangudi is a world-class singer, just ask former first lady Laura Bush, President Kikwete (Tanzania), or President Sirleaf (Liberia), who she's sung for on separate occasions. Yet, for over fifteen years, she worked mostly behind-the-scenes, learning from America's top record labels. It wasn't until she founded Éclat Media Enterprises, Inc. in 2012, that she took control of her career, and the spotlight. Now, she's poised to release the single, "Tanzanite", off her upcoming album, Defeated, and she's giving us a sneak peak at the song, the video, and her dream. Get ready. 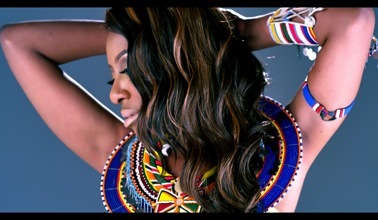 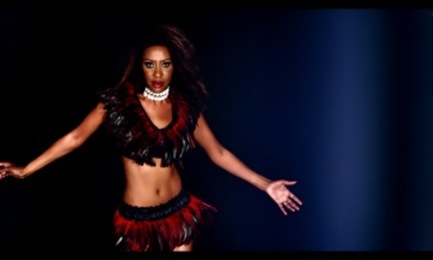 A still from "Tanzanite." Courtesy of Sidus Records

What do you think? Include your thoughts in the comments. soundcloud.com/yvonnesangudi

Alex Schattner: What is the idea behind "Tanzanite"?

Yvonne Sangudi: Tanzanite is my debut single. I wrote it with Jens Gad (produced by Sammy Naja). It's about unleashing the gem of genius that you have inside, and letting it be heard by the Universe.

A: What can we expect to see in the song's music video?

Y: I wanted to have a very simplistic, abstract, bright, colorful African-inspired video. Expect to see lots of unique wardrobe pieces, which were inspired from my upcoming clothing line, and some very talented actors who did a great job, visually and stylistically, of conveying the message behind the song. 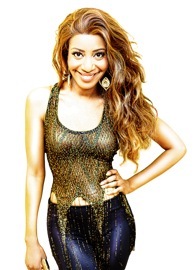 A: What is it like being in the music industry?

Y: Showbiz is a gamble, but that's part of the thrill. Like a game of poker, you put in a great deal of time and capital, not knowing if you'll get your ROI or lose it all in a blink of an eye. When I started out, I assumed an artist inks a major record deal and automatically becomes an "overnight success." I've since learned that it doesn't necessarily work this way.

A: How did you make your start in the industry? Did you have a mentor?

Y: I was nine years old when I realized I had a passion for singing, songwriting and performing. I recorded my first demo when I was eleven years old with five cover songs. Crazy enough, that demo led me to meet some really great people who helped nurture the early years of my career and helped shape the way I thought about, created, and listened to music. Right now, one of the key figures in my life is my producer and main collaborating songwriter, Jens Gad. He's had so much success in the music business and believed in me from the moment I first sang for him.

A: What's the biggest risk you've had to take?

Y: I've had my fair share of wrong turns, which have taught me to make very cautious and strategic business and marketing decisions. The biggest risk I've taken was leaving NBC-Universal to start my own entertainment company, sign myself as an artist, and manage my own career. There are many risks that come with being an independent artist. First off, getting funding is like another career in itself. Secondly, marketing and self-promotion can be tricky, because it's a tough balance between the creative and business sides. You don't want to over-extend or under-sell yourself. 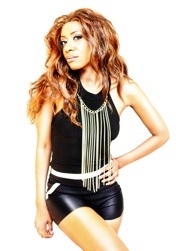 A: How have you promoted yourself?

Y: I am a huge advocate of going out and promoting yourself 'guerilla style.' That being said, I also plan to utilize all new media resources to connect with the fans I have earned through years of performing in America and abroad.

I'll also send this Huffington Post article to everyone and their mothers!

A: Whom do you want to reach with your music?

Y: In a perfect world, I want to reach the visionaries, the young aspiring thinkers and artists, the college student, the high school cheerleader, the grandmother, the pioneer. I would love for my music to strike a certain note in the lives of all those who give it a chance.

Realistically, I think my music would appeal most to people ages nine to thirty. However, I like to think that my music is universal, and unbiased--a binding force that connects individuals. 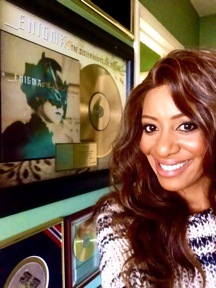 A selfie at the 007 lab in Catalina Island

A: What has prepared you most for running your company, Éclat Media?

Y: College combined with my over fifteen years of experience in the music industry. I think to be a solid businessperson, you have to understand real-life situations and be able to comprehend the hosts of personalities that the world throws at you. The more I meet and work with people, the more I learn about marketing, branding, financing, and development--four very essential components to building a solid foundation for a great company.

A: Are your goals still the same as when you started out?

Y: Yes and No. I have always dreamed of being a successful musician, but each year--as I grow and figure out myself more and more--my priorities shift. The industry is always changing, and you either stay at the forefront, or get left behind. Thus, I'm constantly studying market trends, new media, and setting goals that keep me at the front lines, while staying true to my brand, my being and myself.