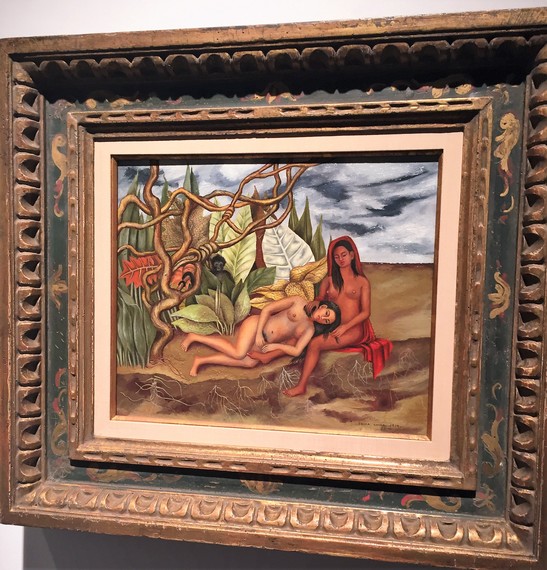 Seeing 'The Art Show' at the Park Avenue Armory is a completely different experience when the space is empty of visitors. At the early afternoon press preview-- while vacuum cleaners are roaring and booths are hung seamlessly, devoid of buyers or gallerists, it feels like one is stepping into an abandoned Museum. Was it something I said? When fully underway it's a packed venue where the phrase, "Excuse me." and "Oops did I step on your foot?!" are part of the territory. 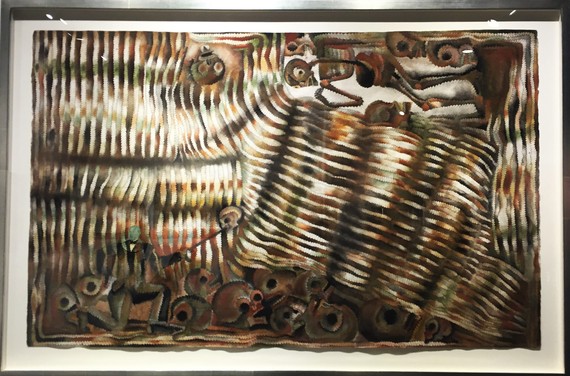 The ghost town ambiance however, made this year's incarnation of 'The Art Show' appear vestigial. Wandering up and down the empty aisles there was very little to discover.

Yes, the ADAA sponsored art fair, which benefits The Henry Street Settlement, is known to offer primarily secondary market works of rare gem like status, or top of the line blue chip contemporary art, however this year's selection was particularly BLAH. The dead (or might as well be) though always genius, looked worn out. Who among the endless array of Warhol's, Rauchenberg's, Twombly's looked fresh?

Mary Anne Martin Gallery had a small early Frido Kahlo that begged attention, as well as an early Francisco Toledo painting on paper that looked as if the paint had barely dried. Betty Cunningham, had a booth devoted to the 'outsider' artist Bill Traylor. Even though he was born a slave in 1854 his work looked fresh and inviting. Raw and intuitive. Among the collecting circle he is 'trending.' Untrained naive uncomplicated veracity of emotion, is always timeless.

The best example of oldie but not moldy, was at the booth of the Donald Morris Gallery, which was devoted to the artist Bob Thompson. The booth was celebrating the 50th anniversary of Bob Thompson's death in 1966. Bob Thompson is a name most art insiders know, and he is present in every major museum's collection as an important example of an early 60's foray into psychedelic color. He died at age 28, and while his subject matter was figurative, his young eye was enthusiastically seeking shapes and compositions that suggest the splendor of pure color. 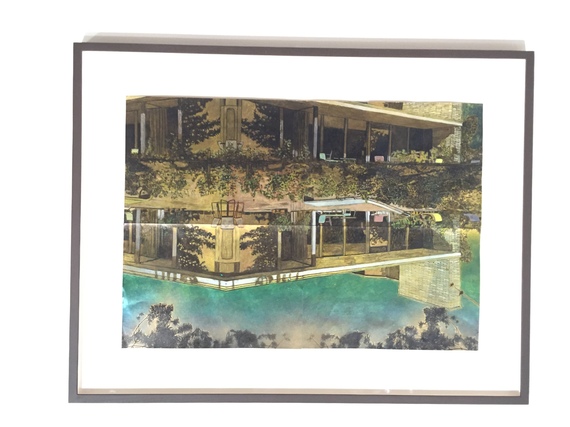 Of the artist 'newbies', presented in this year's show, the paintings by German artist Stephan Kurten, at Alexander and Bonin Gallery, depict architectural modernist homes. They yearn for the 50's dream and promise. The same can be said for the tiny, precious meticulous pen and ink renderings by Filipino artist Jasmin Sian at the Anthony Meier Fine Art Gallery. 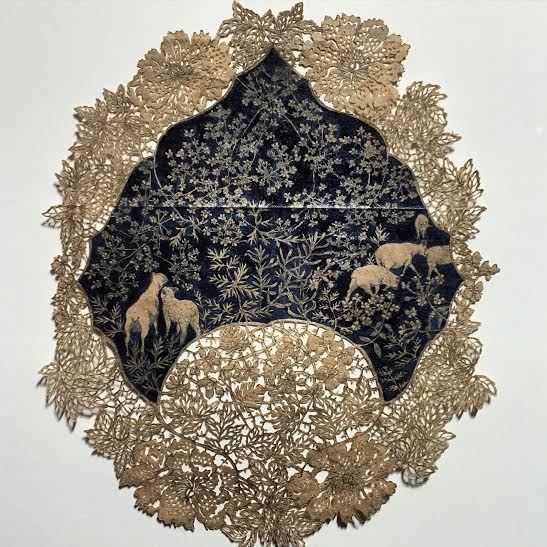 Her works are barely larger than 6 inches and yet they demonstrate, in fantastic detail, forest dwellings replete with the natural world untouched; with animals placed in the center of each picture, peacefully looking on at the world around of them, though one piece presented two elephants friskily making love. Thrown off for a moment, it was an amusing surprise. The subject and style are very reminiscent of medieval tapestries and ivory figures. The tiny fairy tale scenarios are not only drawn, but are also intricately carved out like paper doilies. Her medium: Deli paper and ink; from sandwich paper comes genius. 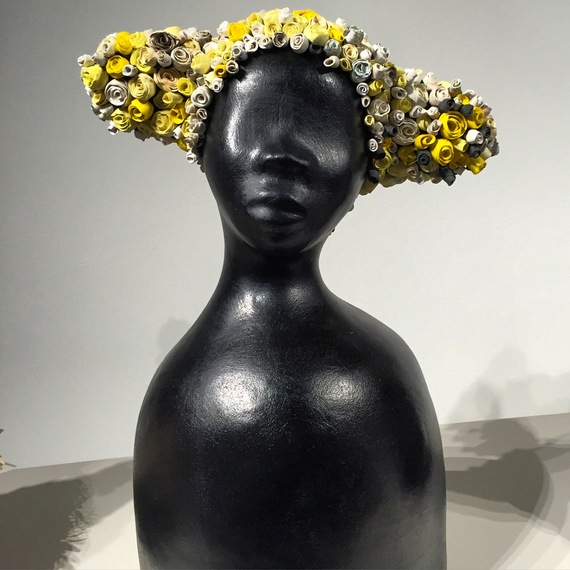 The most stellar, striking and cleanest offering at this year's fair, was at the Jack Tilton Gallery. They presented the work of singular sculptor Simone Leigh. The works are beautiful and alive while they quietly wait to be noticed lined up on a plinth. Excellently carved in wood, are head and neck portraits. The series is called Anatomy of Architecture, as the shape of the heads are inspired by the huts and traditional tribal houses one finds in Africa. Personified in female forms with particular homage created in hair, embellished with vivid colorful expression, her sculptures lit up with humor and joy. Simone Leigh is Jamaican born and delights us with her Afrocentric celebration of women, ironically as home. 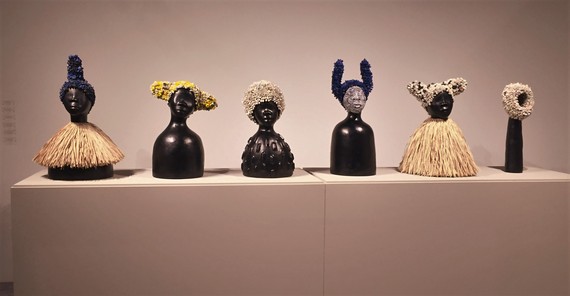 We end this article with one of our favorite booths, Hirschl & Adler Modern where they are presenting a site specific multi-media installation called Tree Talk by Maria Elena Gonzalez.

Gonzalez made rubbings from the bark of trees. Seeing a pattern in the striations of the bark, she then translated into a code which was digitized and cut later into a scroll that could be played on an old-time player piano. The player piano allows the possibility of many notes beyond what the hand alone can perform at one time. Fortunately, Gonzalez was able to find an expert with a unique collection of very old Player Pianos and the ability to tune-in, so that tree music plays throughout the run of the 'Art Show.' 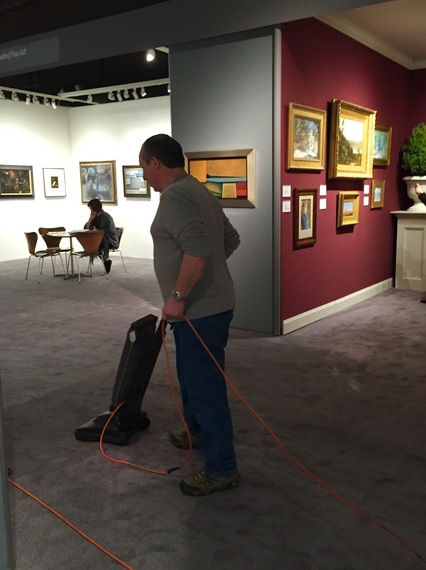