In New York City, underground art is a literal phenomenon. Nearly 200 permanent works line the walls and floors of the city's subways, commissioned by the Metropolitan Transportation Authority's Arts for Transit program.

Tucked in this unexpected " underground museum" is a Roy Lichtenstein in the Times Square station, and more than 100 bronze critters from sculptor Tom Otterness, who became so obsessed with his MTA project "Life Underground," he delivered four times the promised amount.

But what's a harried commuter to do when there's art all around and no time to see it? A new film from directors Tim Sessler and Brandon Block provides a quick fix. Taking the help of Manhattan-based guide Ruddy Harootian, Sessler and Block filmed some of the city's best subway art, including murals only visible when riding a train. The rapid-fire film, set to "Germany to Germany" by Ratatat, shows commuters rushing past works that in a museum setting, they'd stop to wonder at.

We've posted "The Art Underground" below. For a slower tour, check out the slideshow below that, featuring most of the work shown in the video. A full list, provided by Harootion, identifies each featured artist and work by timestamp.

THE ART UNDERGROUND - NYC SUBWAY from Tim Sessler on Vimeo.

CLICK for the artists and work in "The Art Underground":

Have a favorite piece of underground art not featured here? Let us know in the comments!

For more on Harootian's subway art tours, head to his site or Twitter feed. 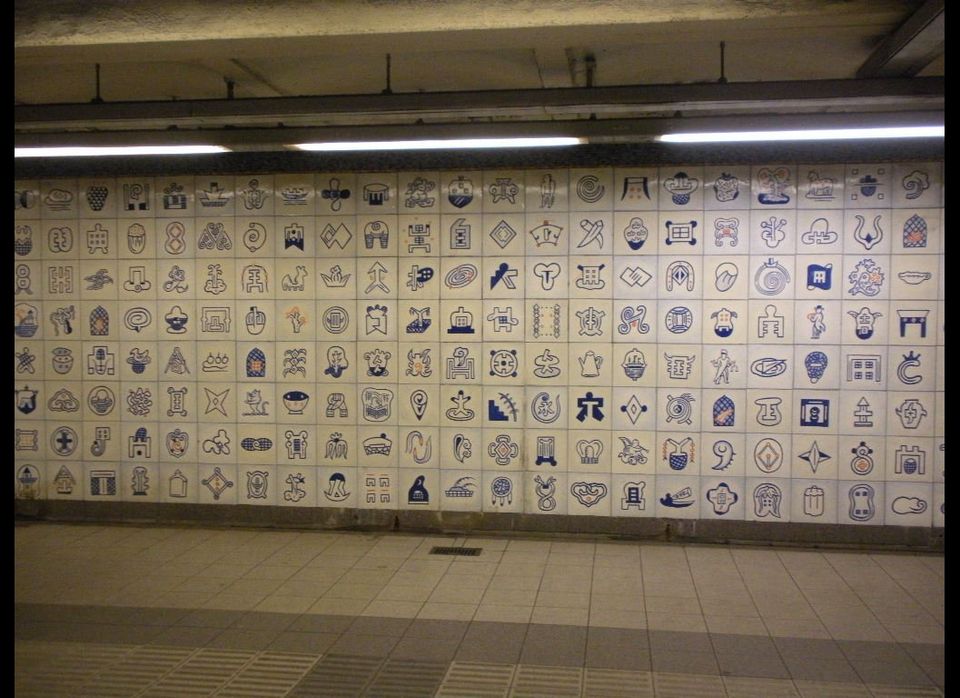