By SANDY COHEN, The Associated Press

LOS ANGELES — To create the Oscar-nominated costumes for "The Artist," designer Mark Bridges had to think in both color and black and white.

"Things that you wouldn't notice in color suddenly showed up when it became black and white," he said. "A simple beaded flapper dress suddenly became maternity wear."

The costumes from "The Artist", a black-and-white silent film, can be seen in all their brilliant colors at the FIDM Museum & Galleries 20th annual Art of Motion Picture Costume Design Exhibit, which is on view until April 28 at the downtown Los Angeles campus. Admission is free.

There's the flirty orange dress Peppy Miller (Berenice Bejo) wears when she first catches the eye of George Valentin (Jean Dujardin), and the pale green raincoat and floral umbrella she uses when she visits his house during a storm.

"Part of my job is to create a reality for the actors, too, and some of the choices in colors and things liven up the scene and make it very vital for them while they're acting as well," said Bridges, who's already won awards from the Broadcast Film Critics Association and the British Academy of Film and Television Arts for his work on the film. "That's why it's not all in black and white or gray scale."

His elegant, late 1920s costumes from "The Artist" are joined at the exhibit by the work of his fellow Oscar-nominated costume designers. Lisy Christl's 16th century-style outfits from "Anonymous," Sandy Powell's woven wares from "Hugo," dresses from 1830s and 1840s designed by Michael O'Connor for "Jane Eyre" and Arianne Phillips' 1930s couture costumes from "W.E." are also on view.

The curators "have a sixth sense of who might be nominated," explained FIDM spokesman Nick Verreos.

The nominees' work stands among other outstanding attire from the past year's films. There is the pink beaded performance dress Reese Witherspoon wore in "Water for Elephants" and Viola Davis' maid's uniform from "The Help," plus the armor from "Thor," suits from "J. Edgar" and cowboy clothing from "Cowboys & Aliens."

One of the most spectacular items is Robot Girl's outfit from "Real Steel," which features metal briefs and a matching bra worn over a digital-looking bodysuit reminiscent of a computer motherboard.

"You can really appreciate the fabrics," Bridges said, adding that he is inspired by seeing his colleagues' work up close. "You can reach out and touch them – you wouldn't dare – but it makes it so exciting to see the fabric and the detail that often times you don't get to see in the actual film. There's a filter, there's dim lighting, there's a quick cutaway or it ends up on the cutting room floor. Right now, here, I can look at them as long as I want."

The costume showcase also inspires the next generation of designers, several of whom watched in awe as Bridges adjusted his creations and spoke to the press.

At this exhibit, it's the costumes and designers, not the actors, who are the real stars.

'The Artist' And 20 Other Films Put Costumes On Display (PHOTOS) 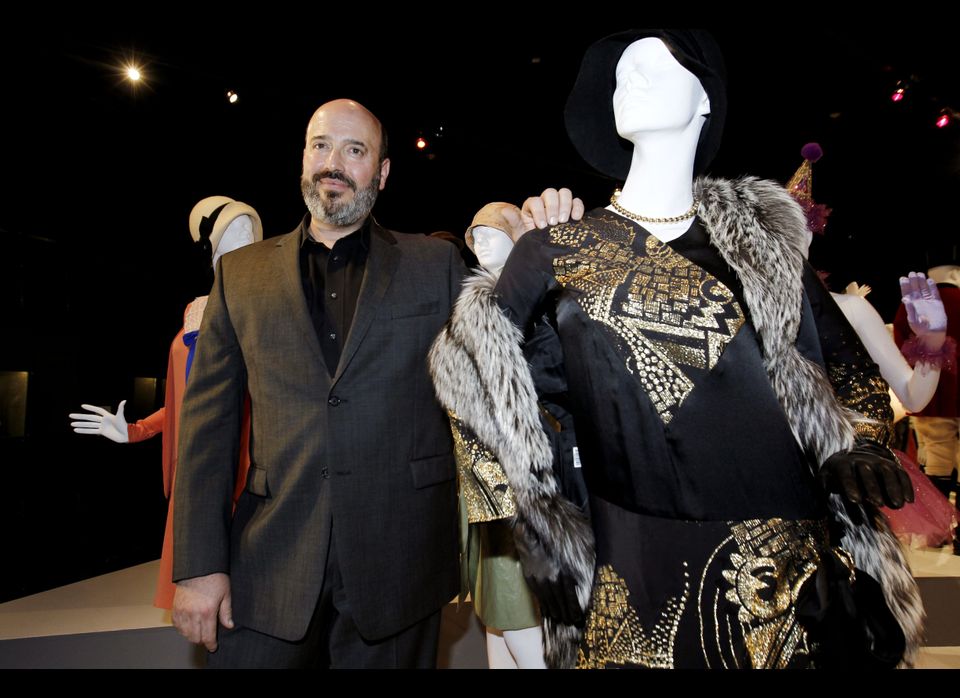