In the following account, I contemplate my upcoming retrospective exhibition. In response to being asked to describe my feelings surrounding the event, I wrote a story from the perspective of a fictional art historian reporting from the studio, leading up to and including the exhibition's opening.

"I'm sorry." A few months before his retrospective, the artist started offering this apology when he met friends or acquaintances, instead of "Great to see you! How's the wife? How's your art?" When questioned why he expressed regret he would explain, "When you get this old, somewhere down the line you must owe somebody money, have insulted the wife or their art. " He also said he was sorry for conveying false empathy for another artist's travails with his gallery, when he didn't really care or even have representation himself, and for feigning elation when the same artist got a big prize.

But it was a ruse; I suspected there was something else behind his "sorry."

Meanwhile, back at the studio, as the patina darkened on the bronze his mood became blacker and more gangreenish.

Sidebar description of Shape of a Lie: This is a complex, two-faced testament to the eternal truthfulness of a cast bronze object d'art. On one side: a Socratic toe, ginormous gonads, a reactive second brain gut and an inflated lie, resisting the puncture from a "splinter of reason" (a 3-D encapsulation of Piranesi's irrational prisonscape.) On the other side: a portrait of the artist's lips and his protuberant tongue carved out of Native American Pipestone or catlinite (named after the artist, George Catlin. Note: Catlin also penned a book entitled Shut Your Mouth.) 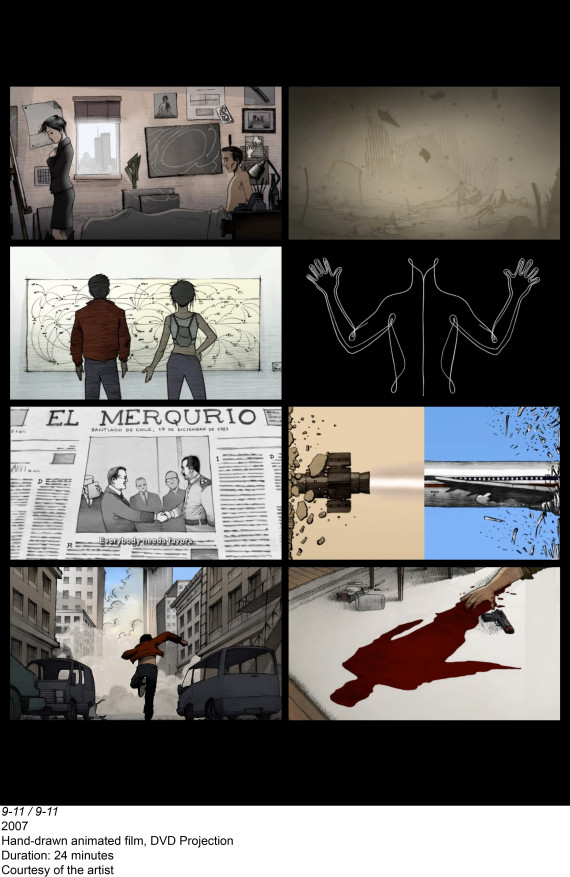 It wasn't the bloated art market (perhaps mirroring the Lie) bypassing him or changing his conceptual climate by it's noxious off-gassing of twenty-first century capitalist bluster; his mellow was harshed by deeper thoughts.

The studio assistants, desperately facing deadlines imposed by the exhibition, were getting increasingly dysfunctional, affected by this pre-retrospective, retrograde behavior. Seeking direction they were met with more about me stories they'd heard before.

I wish I could say the sabotage was a trial run of a performance he was preparing for opening night, but it wasn't.

It got worse; he started saying he didn't plan on going to the opening, that he would have no part in a vanity production.

Picasso's pronouncement, "Art is a lie that makes us realize truth," once gave the young artist an elevated air and purpose to his mission. He got into furious shouting matches with his mother, about why he had to struggle, suffer, drink, smoke and borrow money from her (mostly to maintain the drinking and smoking). His Chinese was inadequate to go into nuances of conceptual art with her. But, it didn't matter; she wouldn't have it. The fifteen-year shouting match was settled when, exasperated and looking for words to describe his non-sold art, she declared it "heavier than a dead person!" She lent him twenty and they both had a laugh about that one.

Later, his self-criticality reached a humorless level. After a dinner shared with Jacques Derrida many years back, at a delightful humanities affair interspersed with interlocutions and interjections about impossibilities, the artist started to question himself. Even after solving Derrida's riddling pronouncement of having read only four books, through his roiling masterpiece, Circumfessional Hymenal Sea, the artist's disposition was not calm. 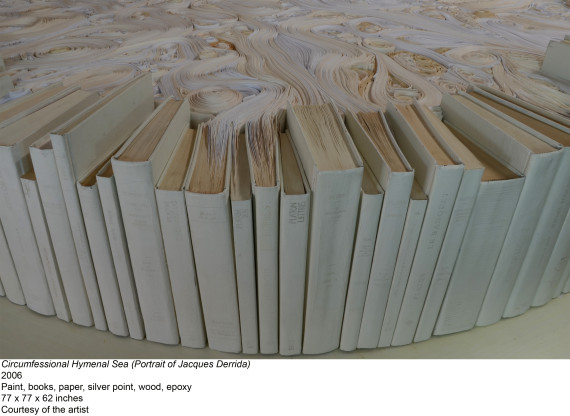 Possibly he regretted his inability to express his debt to other artists, family and friends who had died over the years. But, then again, he might have been concerned only that one of his best lines, "I'm not an emerging artist -- I'm a submerging artist," (a necessary position, in his estimation, for certain experimental works) would be subverted by a widely-publicized exhibition.

Perchance it was the interviews (three so far) and catalogues (two so far) and lingering thoughts that he should have read Catlin's book. (It's a good thing he didn't. Catlin's treatise is about sleeping with your mouth closed, not about keeping mum.) I suspect he harbored a fear of being hypocritical; and that the art of restraint he was so proud to display was getting too much exposure.

Maybe he felt, after investigating both 9/11s, the impact that art has on the world is small, and in the age of Bradley Manning and Eric Snowden, exposing uncomfortable truths would be punished; and his art, still a lie, even under the flag of Guernica, would end up providing inadequate testimony against the perps behind political /economic ruin, those complicit in the daily toll of wars.

I worried about his state of mind.

He did make it to the opening. In cultural circles, not much beyond Lee's Circle or the Circle Bar of New Orleans, the exhibition was well received. Contrary to my reportage and prognostications, he behaved as if nothing was wrong; he was warm, even charming, to friends and family, polite to critics who had once maligned him, and did not accost collectors who had passed on his work, over the years. He partied as a verb in the manner of New Orleanians.

During the packed, opening reception, I spotted him in the crowd and as I came closer I thought I heard him apologize to someone with "I'm sorry," and follow it with an almost imperceptible murmur, "I'm not done."

Mel Chin: Rematch is on view at the New Orleans Museum of Art from February 21 to May 25, 2014. Travels to multiple venues.