I have written from time to time about different artists I come across in my random forays to theatre, dance, music and galleries here in NYC. From time to time, I write this piece when someone's work grabs my attention; not only for what they do, but how they are doing it.

Matthew Kourie is a child of the 80s with a great love for the iconic movies, TV shows, characters and music of the decade. His involvement in music was sparked at a young age by an adoration for his multi-instrumentalist and Big Band leader grandfather, Ben Filippone, a love for Charlie Chaplin and the obsessive use of his mother's boombox recorder. As a child, he recorded countless character voices, jingles, videos and on the spot songs with his three brothers. Kourie grew up studying and playing guitar, training and sharpening his skills on the instrument to ultimately begin composing his own original music. Honing his vocal skills while playing in numerous bands on Long Island, Kourie added other instruments to his arsenal including bass, drums and piano. 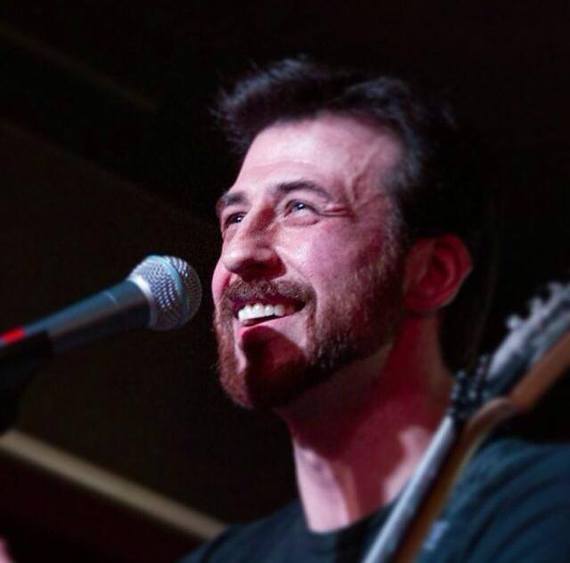 Kourie's one-man electronic-rock project the When has been hitting the NYC music scene with shows popping up in Manhattan, Brooklyn and Long Island. The When fuses nostalgic dark synth-tronics with grand 80's movie scores and seamlessly stitches alternative rock and electro-pop for a unique but infectious sound.

The When isn't just about the music to creator, Matthew Kourie: "Its a "living, breathing life force" he states. What Kourie dubs: "The Living Story", plays out daily to over 5,000 Instagram fans, dubbed the "dreamers." Kourie shares his hard earned perspectives in inspirational posts called "When Moments" that the dreamers have embraced and share widely on the platform.

I had struggled with a severe depression for over seven years before my wife of three years and best friend of 13 years decided to leave our marriage. For me it was unpredictable, I was so branded with my perspective of the words we spoke like 'true love,' 'soul mates' and 'best friends' that I was truly unprepared for what I experienced as a harsh blind sight. The irony here of being handed a life experience, that in time, would change me through and through was that four days prior to this news I had felt that I was out of my depression and on my way to being my old passionate self again. I knew it for sure. That go getter and social butterfly who loved to meet new people and make them laugh and forget about their troubles.

"I see that most people and at all ages are struggling with some form or degree of depression, loss, insecurity, hatred, separation, anxiety and disconnection."

Instagram has given me a platform to connect with my following whom I call, the Dreamers. I am compelled to share these simplified perspectives I think that create a happier reality for them from my hard earned experience. I believe in the importance of multiplying positive energy and joy by giving it to others. The Dreamers do the same by sharing, 'When moment' posts.

The When isn't just about the music to creator, Matthew Kourie; its a "living, breathing life force." Kourie shares his hard earned perspectives in posts called "When Moments" that the dreamers have embraced and share widely on this platform and "The Living Story" plays out daily to over 5,000 Instagram fans, dubbed the "dreamers."

When Kourie performs live, he focuses on creating an experience. He achieves this with mood evoking sound design, atmospheric keyboards, masterful guitar skills and a captivating vocal delivery. He will be performing tracks from his EP "Cycles of Time" (2013), as well as new unreleased original songs, along with surprises like 80s gem "Top Gun Theme" and a rousing, electronic version of Billy Joel's "The Down'easter Alexa."

In November 2013 The Dept Records released "Cycles of Time" and Kourie continues to work on new material for new EP due out this Summer, while performing and developing the live show.