Justin was in his mid-thirties, a big guy, with red hair and pale skin. I met him in the early nineties attending a twelve-step meeting that was held in the back of a funky coffee shop.

"So you're really a cop? I said, having overheard him talking to someone beforehand.

"Yup, although we're actually not fond of that term."

"Oh, right. I mean a Peace Officer," I said, raising my hands as if to surrender.

Justin spoke that morning and when he started telling us his story, I was filled with contempt. I resented all cops, because as an ex-addict my encounters with them usually ended up with me being tossed in the back seat of their squad car. However, as Justin began to share about his last drunk, my pre-conceived notions shifted just a bit.

He explained how in a blackout he fired his service revolver up in the air while hooping and hollering out the window of his patrol car until he was finally arrested. At this point Justin's voice began to crack as he explained the humiliation he felt when a colleague woke him up the next morning in the same jail cell where he worked. I was both moved and shocked all at the same time.

Cops actually have feelings? I thought to myself. I always thought they were callous?

Justin's vulnerability touched me so much that after the meeting I went up to him and thanked him.

"I am such a loser," He said, lowering his head.

After talking for a bit I asked him if he wanted to go roller blading with me, an activity I considered sacred and did solo because I used it to quiet my self-defeating mind.

A few days later Justin picked me up early in the morning and we headed for the beach. Once parked, he opened the trunk of his car and we started getting ready. As a minimalist I just had wrist guards, but Justin, it seemed, wasn't taking any chances. Slowly and methodically he shimmied kneepads over his calves and pulled the Velcro strap tight. Then he grabbed two plastic elbow pads, and finally he slipped on his wrist guards that had small black nubs all over both palms like a porcupine. By the time he was finished it looked like he was wearing full body armor and could be a member of the elitist SWAT team.

"Ah, you ready yet?" I asked, getting impatient.

"Just need to put on some sun block," He said.

Squeezing out gobs of heavy white cream and smearing it all over his face and neck, Justin lathered up a second skin to protect his fair complexion from the hot sun. Finally, he reached deep into the belly of his trunk and grabbed a long sleeve shirt and a wide-brimmed straw hat. By that time he looked like he had just walked off a dairy farm and I was having second thoughts.

"When did you start skating?" I asked.

"Oh, ever since I was a kid," He said, puffing out his chest.

Deciding to show him my skills I took off in front. As I picked up speed, the earth rushed beneath me and I could hear the familiar hum of ball bearings spinning in my wheels. The muscles in my thighs tightened, while my arms swung back and forth, I pierced the air with like a human bullet. 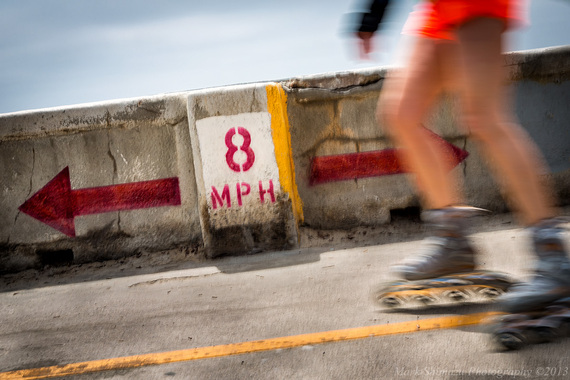 Instantly, I dropped my right skate behind me in a T, dragging it along until I was going slow enough to do a one-eighty and turn around.

"Hey, you're a pretty good skater," Justin said, catching up.

That day we rode all the way down to Venice beach and back, talking along the way. I was surprised to feel so at ease with him, after all, he was a cop. 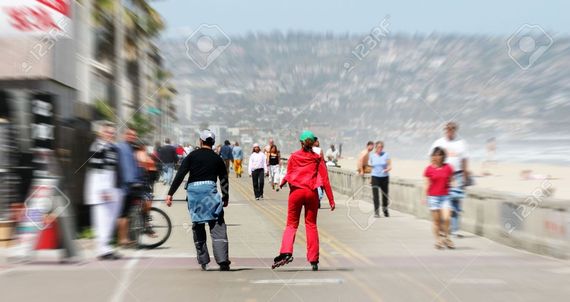 We started to hang out a lot, and Justin and I quickly became friends.

One afternoon we were sitting at a coffee shop talking. That's when he asked me the dreaded question that I knew would inevitably come.

"So you've never told me how you actually hit your bottom?" he said.

"Well, I, I had a bit of a psychotic break," I replied, staring into my cappuccino.

"Well, I, I... was doing methamphetamine and hadn't slept, and I guess I lost my mind?"

The acidic taste of shame burned at the back of my throat. I knew if I told him he might never talk to me again but I decided to tell the truth anyway because that's what I was told you have to do in order to stay sober.

I took a deep breath.

"My husband was cheating on me, and in a fit of rage I grabbed a gun and I, I I just meant to scare him but it went off and I hit the other woman.

"She's fine I just winged her... The bullet hit her arm."

"You're judging me now. Aren't you?" I said, lowering my head.

"Don't forget that I'm a cop that was busted for using a firearm within city limits. You really think I have any room to judge anyone?"

I let out a long sigh of relief. After a moment I looked up and said,
"I suppose we make a good argument for gun control."

We both cracked up, and the fact that we were laughing alone was healing.

A few minutes later a girl with pink hair and a pierced nose came in. We both watched as she dropped a pack of clove cigarettes on the floor. When she almost lost her balance I figured she must be drunk.

"Do you have to restrain yourself from arresting people when you're out and about?" I asked, nodding toward Pinkie.

"You think a plumber wants to fix broken toilets when he's out and about?"

"Do you have a hobby then?"

He paused and looked over my shoulder.

"You know, because cops don't do art."

We sat there in silence for a minute.

"You know what I want to do?" I finally said.

"And what's stopping you?"

"Fear, procrastination and laziness for starters."

Suddenly I was struck with a brilliant idea, "We can do The Artist's Way together!"

I explained it was extensive workbook that laid out a six-week plan to help people who were struggling to find their creativity. The premise of the book is that everyone is an artist; some of us have just shut it down.

He leaned back in his chair, his mind working behind his eyes, and then he smiled.

"Let's do it," he said, hitting the table with a fist.

After we both got our copies of The Artist Way we signed the contract that was inside, and we started the exercises the next day.

One of the required assignments was to write three pages every morning when I first got up. As the words poured out of me and onto the page, it felt like I was moving old furniture around inside my head. I began to see how I held many old beliefs that were no longer valid. One of them being, I use to think all cops were no good. Hadn't Justin already challenged this belief? In fact, by this point I was starting to have a crush on him.

You can't Wendy, I told myself. You are from different worlds.

Meanwhile, each week we were required to do an artist's date so we did it together. This meant we had to go to a museum, an art opening, and once we even went to a hip-hop class. That was fun. During this time my attraction for Justin grew and grew. As my infatuation hovered close by it was becoming more and more awkward being around him until I decided I had to do something about it.

"There's a full moon this weekend," I said. "Want to hit the bike path with our blades and catch it?"

It was still dark when he picked me up and we made our way to the beach. Once on the path Justin still looked like a hillbilly but by then I thought it was kind of cute.

"Isn't it beautiful," I said, pointing toward the bright shimmering moon. 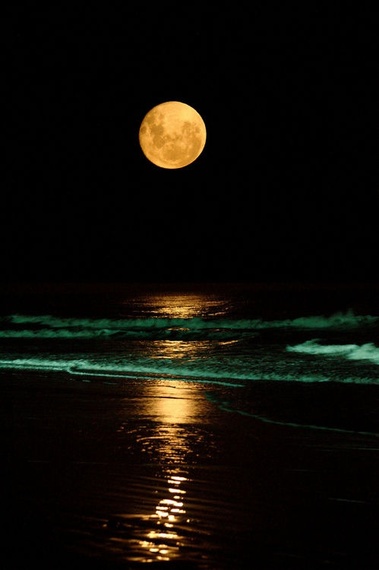 We rolled down the bike path until we got to the end where we sat down on a bench to rest. After a few moments, I mustered up the nerve and confessed.

"I think I'm becoming attracted to you," I said, biting my lip.

He paused and became very still. After a moment he placed his hand gently on my shoulder and said, "Let's not complicate things between us. We're friends, and why spoil a good thing?"

"Oh right. Yes of course, it would probably spoil it. You're right, " I said, with nervous laughter.

Yes, I was extremely disappointed at the time and yes, I felt foolish to think a cop and convict could ever hook up. However, later I would realize that Justin had already given me a gift when we became friends--in spite of his resume or in spite of my rap sheet.

Was it because we were both so leveled by life circumstances that we'd been cracked open enough to let the other in? Or perhaps it was some unseen grace that knew since I was bogged down with paralyzing guilt and fear, it sent a man in uniform to help me scale the insurmountable wall of shame?

Silently skating back, the sun was just coming up to the east. As I squinted at the fiery orange ball hanging low in the sky washing everything in a soft orange and pink light, I had one of those curious moments where I was struck by the improbability of my life and filled with such gratitude, realizing, I could have missed it all.