For those of you wondering how the Obama ascendancy is playing out in Small Town America, I offer you this column from the Independent, a weekly newspaper published on the East End of Long Island by Jerry Della Femina, the former advertising executive turned restaurateur and columnist. This particular piece was written by Rick Murphy under his weekly "Low Tidings" column. Murphy is also credited as a publisher of the Independent.

This article has caused quite a stir in East Hampton and beyond. So much so that the paper has pulled it from their website and Murphy, a regular antagonist of the Democratic Party, both locally and nationally, and the Clintons in particular, has replaced it with a brief apology. The Independent is considered the more right-leaning and Republican-endorsing paper of the East End community. Della Femina himself is regarded as one of the great Hillary-Haters in all of the world.

On the heels of Barack Obama being endorsed for the presidency by the normally close-to-the-vest Caroline Kennedy, whose invocation of her father's enduring legacy carries, in some people's hearts and minds, more weight than any ten such endorsements by others, please read what the local Republicans in my home town are thinking, and publishing, about Senator Obama. This is, quite clearly, not to be believed. 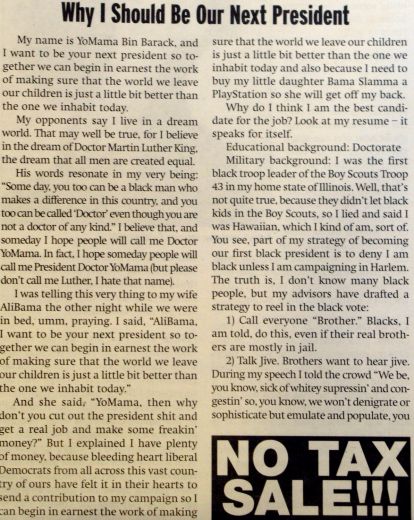 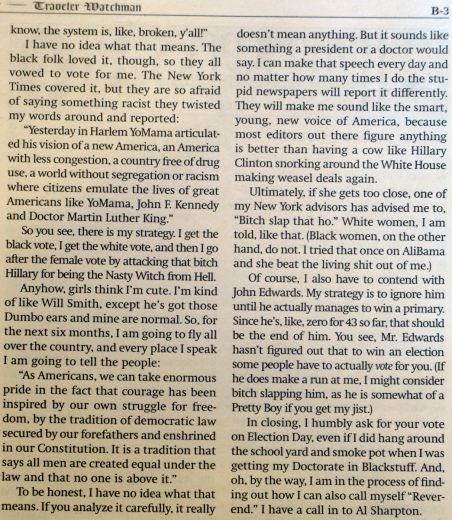