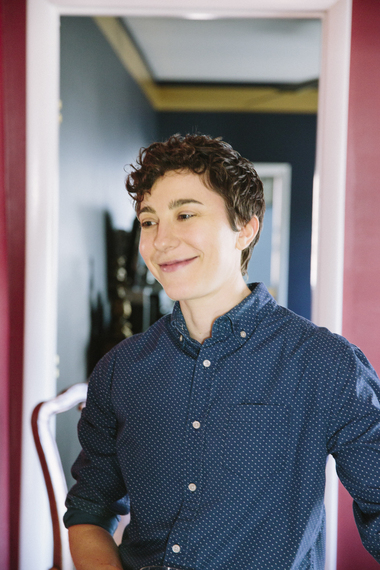 Camille Perri was a books editor for Cosmopolitan and Esquire magazines and has also been a reference librarian. She holds a Bachelor of Arts degree from NYU and a Master of Library Science degree from Queens College. She wrote the first draft of The Assistants while working as the Assistant to the Editor in Chief of Esquire.

The Assistants features Tina Fontana, a 30 year old executive assistant to the billionaire CEO of Titan Corporation. She's great at her job, but after 6 years of making restaurant and plane reservations, the glamor has faded, while her student debt has not.

While she's always played by the rules, a technical error in her boss's expense account presents Tina with the chance to pay off her student loan with money that would be pocket-change for her boss. Without intending it, Tina finds herself at the forefront of an embezzlement scheme, leading to questions about income inequality as well as to unanticipated dangers causing her to refashion her life.

Tina Fontana is a fascinating character. Tell us about her.
At the start of the novel, Tina is in a rut, both in her career and life in general. She's thirty years old, grew up in a working class family, and has always played by the rules. She's not in a position of upward mobility. She's the assistant to a billionaire, which sets up a situation requiring her to make an ethical decision. She's presented with an opportunity to pay off her student debt because of a technical error involving the Titan Corporation. As the novel progresses, she becomes much less passive and comes into her own.

She struck me as being quite insecure, socially and sexually.
Yes, that's accurate. I wanted her to be someone with whom many women would empathize. She's the narrator of the story and the reader is privy to her inner thoughts and feelings. Tina is vulnerable and insecure, which is the way many people--especially women--can feel. It's sort of the imposter syndrome, something like 'fake it til you make it.' She puts up a strong front by being sarcastic and using humor, but Tina has an inner vulnerability which I wanted the reader to see.

One innocent mistake leads to complications, doesn't it?
Yes. Tina has a student loan debt she's been trying to pay off her entire adult life. She does her boss's expense accounts, and inadvertently receives a reimbursement check from the corporation. It's almost the exact amount of her debt. She's conflicted about what to do. It's the equivalent of going to an ATM, and it spits out a bunch of extra money. You don't count it, but take it home. At home, you realize you have thousands of extra dollars. What would you do? It's a dilemma. That's the conundrum facing Tina. If she uses the money to pay off her debt, she'll have a new lease on life; but of course, stealing is wrong. Tina's a good person who would never voluntarily steal.

All the assistants in the novel are women. What about that?
That was an intentional decision. I think a majority of assistants are still women. Of course men who are assistants would encounter many of the same situations a woman in that position does, but I really wanted to speak to the female experience because it demonstrates sharply both gender inequality and power issues. I intended the novel to be read predominantly by women, though a number of men have enjoyed it. Issues relating to disparity of power affect both men and women, and I'm very encouraged men have liked to book.

The issue of income inequality has been in the news. The Assistants addresses this issue as well as that of women in the workplace. Tell us a bit more.
I wanted to explore these themes without being didactic. Someone really interested in dissecting these problems can pick up a non-fiction book; that was not my intention in writing the novel.

First and foremost, I wanted to write a fun and fast-paced read. But I wanted a social consciousness to be present in the guts of this novel. Income inequality is now a very big issue, and we're seeing it in this year's election cycle. I think the skyrocketing cost of a college education has placed it in the sphere of being a luxury-priced necessity. People in their twenties and thirties can't get ahead financially the way their parents did.

Reading The Assistants, I couldn't help but think of the 1988 movie Working Girl with Melanie Griffith, Harrison Ford and Sigourney Weaver. Any thoughts about your novel becoming a movie?
I'd love to see that happen. I have a movie agent, and there's interest in making the book into a film.

I loved those movies from the eighties, movies like Working Girl, Nine to Five, Outrageous Fortune, The Heat, Bridesmaids, Pitch Perfect, and others. One of my favorite things is to first read a novel and then see the movie. I enjoy picturing the characters and then later, seeing them on the screen, comparing how they're different.

Who do you see playing Tina Fontana?
[Laughter] I can't say. As a creator of these characters I have a strong mental image of them, but I don't want to put impose my thoughts because other people's mental images are just as valid as mine. I would say the actor should simply be someone who could take that journey of starting out a bit beaten down but has some humor and a bit of spunk. She should be able to grow into someone stronger. I'd like to see the role played by someone who has comedic chops.

Tell us about your journey to becoming a published novelist.
It was a long, long road. As a kid, I wrote stories. I liked spending time scribbling in my notebooks. I grew up as a library kid, and spent a lot of time there. I worked as a librarian. Books and writing have always been a huge part of my life, and it was always my dream to be a writer. I was relentless in this pursuit. I have loads of unpublished books in the garbage can; and so many stories have been rejected. But I kept going no matter what. Even if The Assistants hadn't been published, I would still be writing tomorrow morning.

What's coming next from Camille Perri?
I'm working on the early stages of my next book. It's going to have a lot more sex than this one. And will be a romantic comedy with a sexy edge to it.

Congratulations on writing The Assistants, a workplace comedy with serious themes, and one about which Publishers Weekly said, 'If the characters from HBO's Girls were capable of larceny and blackmail, they could be the main characters of Perri's sharp first novel.'