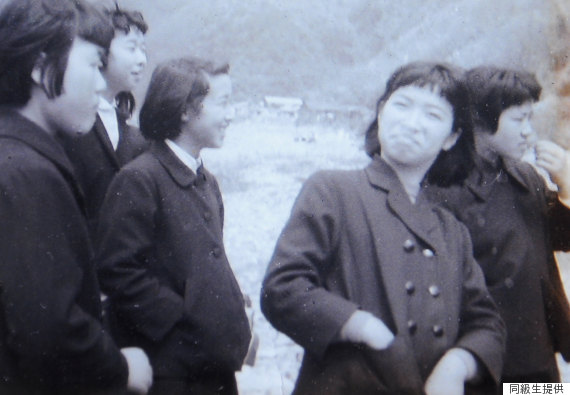 A photo of Hiroko Kajiyama (second from the right) in middle school. Photo provided by classmate.
On August 6, 1945, the atomic bomb dropped by American forces exploded almost directly above the Dome. At the time, Hiroko was only a year old. She was merely 1.5 kilometers away from the blast, so she was exposed to the radiation.

The Atomic Bomb Dome was built in 1915, and named the Hiroshima Prefectural Commercial Exhibition. After the bomb flattened Hiroshima, the steel frame of the Dome's roof and parts of its walls miraculously remained intact.

After the war, some people wanted to preserve the Dome in order to display the terror of war, while others saw it as a reminder of tragedy and hatred, and wished to destroy it.

"The Hiroshima Prefectural Industrial Promotion Hall [the Atomic Bomb Dome's name after 1933] is painful to look at, and will forever call the world's attention to the horrors of the atomic bomb."

That is an excerpt from the diary that Hiroko Kajiyama kept the year before she died of leukemia at age 16. Hiroko's words greatly impacted a children's organization called the "Hiroshima Paper Crane Club." As the debate over whether to preserve or destroy the Dome continued, the children began working towards its conservation.

In 1966, the Hiroshima City Council came to the decision that the Dome would be eternally preserved. In 1996, the Dome was registered as a UNESCO World Heritage Site, and is now visited by people from around the globe. 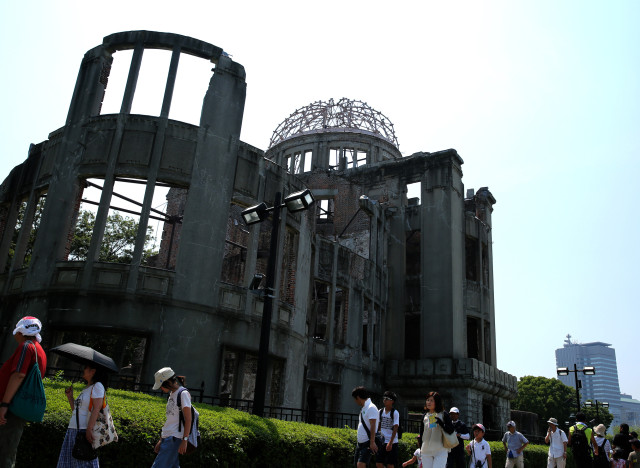 A World Heritage Site visited by people from all over Japan and around the world. Photo provided by Hiroshima City.

"We want to tell people about Ms. Kajiyama."

Three years ago, Masahiro Terada and two other middle school classmates of Hiroko's started collecting information about her. Despite the major role Hiroko had played in connection with the Dome's preservation, there was hardly any data available on her life.

They interviewed about 30 of her former classmates. Some recalled that she was "small and cheerful," and that they remembered her smiling face. Others said that she had good reflexes and had always tried her best. Additionally, after looking through the writing that she left behind, they discovered her strength and her will to live.

This can also be seen in the remarks she wrote to her classmate Katsufumi Yoshimura upon graduating from middle school. She said: "In the unlikely case that you should ever wish to die, you must absolutely not die," and "I know you'll accomplish what you set your mind to. Don't forget me!" To her classmate Junko Tamura, she wrote "Stay strong!" Tamura replied: "Most people just say 'Best wishes,' or something." 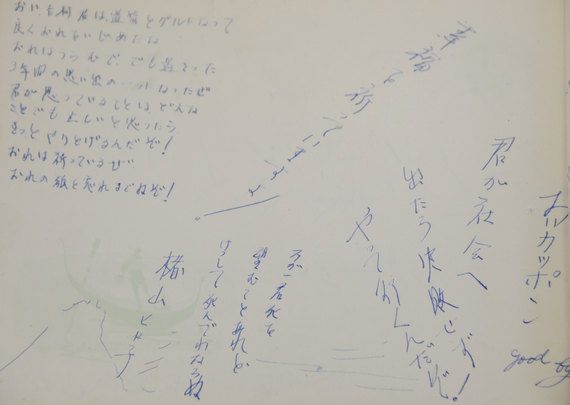 Remarks written by Hiroko to her classmate Yoshimura upon graduating from middle school. "She carried the fear of radiation sickness with her as she went about her daily life," said Tamura, who attended Hiroko's funeral. "Perhaps that was why she always worked so hard at everything."

Terada and the others plan to complete the booklet about Hiroko's life and personal outlook this year. They are hoping that in the future, signs for the Atomic Bomb Dome and tourism pamphlets might also introduce Hiroko to the public.

They say that they want children to be learn the life philosophy that even if terrible things happen, they should do their best to overcome them and keep going. 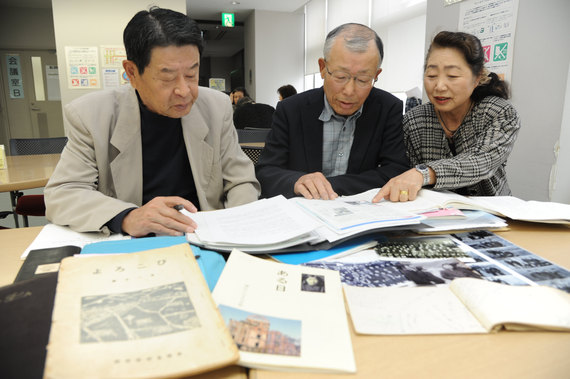 This article has been revised from the original article that ran in the April 27th edition of the Asahi Elementary Newspaper. You can see samples of the newspaper and read parts of articles on Junior Asahi's homepage.