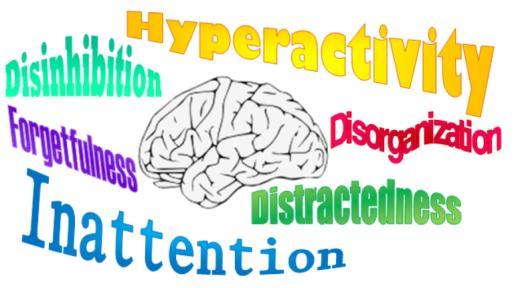 I'm a 57-year-old misfit who rightfully earned the nickname "ditz" at one point in my life, because I tend to zone out in the middle of a sentence.

During the early Salkin years, I often took head trips in elementary school. My mind and I escaped the institutional brick walls for a day at the beach, body surfing in aquamarine waves, lost in the opiate haze of a daydream. An adolescent problem I had thought until my seaside getaways continued through my teenage years and beyond.

In my mid-40s, a doctor was somewhat successful in reining in my ditz tendencies with a Ritalin prescription after I was diagnosed with Attention Deficit Disorder. Later, thanks to big pharma R&D, Ritalin evolved into a more sophisticated 12-hour release medication called Concerta 36.

Even with the help of ADD meds, I still struggle with focus issues and an inability to manage my time when I have an open-ended schedule, a result of my underemployment status. I work four days a week, sometimes only three.

On days my schedule is wide open, I tend to get lost in my head and in my house. I drift online then offline, run downstairs then upstairs, to avoid taking a shower and a step toward normalcy. I don't know why getting into the shower on unstructured days is as torturous as vacuuming or doing laundry. I don't know why I lounge in the same warm-up suit for several days at times, shirking the lure of a warm, sudsy shower to stay in warm-up suit limbo and remain a prisoner in my house.

Today, another non-working day, I jumped out of bed at 8:30 a.m. and started off strong. I fed the dogs then loaded the dishwasher with yesterday's dirty dishes piled high in the sink. My day looked promising. I had hours to complete tasks on my to-do list now several pages long.

Instead, I abandoned the practical for the fantastical. I booked a flight on Google and floated away online reading emails, blog posts and Facebook news. I forgot to call the insurance company that had denied a payment on a claim or to call my cousins to offer my condolences after their father had died several weeks ago. I never sent out Christmas cards to family and friends.

I didn't do a lot of things an adult should do because I got lost in my head again; my thoughts caught in a mental roundabout while I sit paralyzed at the computer. My limbs as rigid as a statue, my brain as fuzzy as bits of sweater lint fused together in a ball. The possibility of taking one step closer to the shower is becoming less likely as I continue to bleed minutes and self-esteem.

Where's the CEO of my brain when I need her? Probably reading a trashy book on a beach in Cozumel.

Even her secretary is MIA, taking another long lunch with co-workers who are members of my cerebral SWAT team. Only they can save me, but they never intervened.

Stranded without insider help, I looked outward for assistance. I checked email again, hoping to find a catalyst to free me from my perpetual state of stuck. All I got was spam.

Now, as sky darkens outside my window and shadows engulf the office in which I sit, I remain trapped in the same warm-up suit that has held me captive for several days.

Maybe the SWAT team will rescue me tomorrow.
---

Note: I was taken hostage by my warm-up suit in December 2013 during Christmas break. Since the dark days of Christmas past, my situation has greatly improved. The CEO of my brain takes fewer vacations and has been a disciplined department head. Every day is still a struggle, but I push myself more. Most of the time, I'm able to stop unruly thoughts from hijacking my brain.