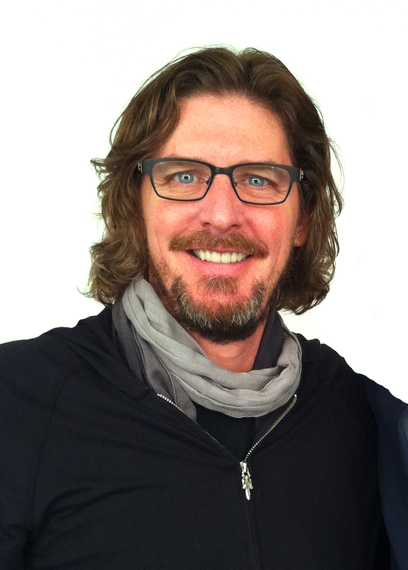 What kind of people run billion-dollar enterprises? You are about to find out. Not only that, you are about to learn 4 lessons on entrepreneurship, life, and happiness from the CEO, president, and spokesman of Boch Enterprises, a $2 billion business consisting of automotive dealerships and a Subaru distributorship throughout New England.

P.S. if you have a pre-conceived notion of what a billionaire looks like, acts like, and thinks like, I guarantee you are about to be blown away. Let's step inside the life of Ernie Boch Jr.

I met Ernie at his sprawling estate in Massachusetts, literally just minutes from his auto empire. The large brick estate, which has been featured in The Wall Street Journal, New England television and other media, is as nice a home as I have ever been in. It was opulent to say the least. Six fireplaces, an indoor pool overlooking a sprawling back yard, beautiful hardwood floors, dark paneled wood library, a wine cellar stocked with 93 point and above wines, a gym, guest house, and beautiful art and artifacts from all around the world -- this was Ernie Boch's house. As imposing and ostentatious as the house was, Ernie was anything but. In fact, the 55-year-old Ernie Boch Jr., answered the door in sweatpants, bare feet, and the warm demeanor of a best buddy you haven't seen in some time.

Time is money. Therefore, I went into the interview with every intention of taking as little of Ernie's as possible, getting right to the point in my questions about success. However, unexpectedly, Ernie spent more than two hours chatting away with me about life and business. He showed me around his house, spent time sharing with me some of his favorite possessions, like rare wines, hand-sketched photos of his kids made by a street artist in Russia, and a fire extinguisher he took from the set of Burn Notice when he played a walk-on role as a hot dog vendor whose cart blows up.

Ernie is as down to earth as they come. Wealthy? You bet. Pretentious? Absolutely not a pompous bone in his body. He's the kind of guy you'd sit next to at a bar and talk rock and roll and never even realize you were talking to one of the top 20 richest Bostonians. He's a guy's, guy... literally a rock star. Let's step inside the mind of Ernie Boch Jr. as he shares 4 Lessons on entrepreneurship, life, and happiness.

Don't Drive With the A-Plate: In the auto dealer industry there is what is known as the A Plate. Dealers get special license plates that are used to drive cars until they are eventually sold. Typically the owner of the dealership gets the A plate. It's a sign of power to drive with the A plate because then everyone knows you are the head honcho of that dealership. Ernie doesn't drive with the A-plate. He lets others at his company have that perk. He also doesn't have business cards, wear a Rolex, or do anything that serves to differentiate himself from other team members at his company. Ernie acknowledges that there are many important players within his businesses and he would rather raise them up than raise his own status. He says building a great business with a strong company culture comes down to letting others drive with the A plate -- let others take advantage of the perks of running a great business.

Seek Out People More Talented Than You: Ernie inherited Boch Enterprises in 2003 when his father passed away. He had grown up working shoulder to shoulder with his dad and was already running much of the car business when his dad passed on. That being said, Ernie acknowledges that there's nothing that can prepare you for taking over a billion-dollar empire overnight. He said that he went from managing several dealerships to overnight having to make decisions in multiple Boch Empire businesses, including the Subaru of New England distributorship, some being $100 million decisions. How'd he do it? An awesome team. Boch says that his number one key to success is that he seeks out people that are more talented than he is. In fact, Ernie believes that most entrepreneurs want to be the smartest one in their company, which is so short sighted. Boch jokingly said to me, "If I'm the sharpest knife in the drawer, the company's got a problem." He said that any business is the average of its team so a great leader is one who builds his team with members stronger than himself, thereby raising the bar for not just the leader, but also for every other member of the team.

Integrating the Essence of Who You Are into Business: According to Ernie, building successful empires requires you to find a way to integrate the essence of your being into whatever your business is. He uses Richard Branson as an example. "Richard loves adventure, world travel, and risk, and he's integrated the love of these into building a world class empire," explains Boch who met Richard Branson for lunch when Branson came out to anoint the first Virgin airline flight out of Boston. Boch says that building and sustaining an empire as big as Boch Enterprises requires that you give your heart, soul, time, energy, and your entire being into the enterprise. The only way it will work is if you love it more than life and so incorporating your passions into your business is absolutely essential. Boch is a rock star at heart. He graduated from Berklee College of Music. He has a successful blues/rock band, Ernie and the Automatics, and they have toured the country playing original music. Ernie and the Automatics was featured on Billboard's Blues Album Chart for six straight weeks with their debut album. Ernie incorporates music into his mix of businesses because music makes his own soul shine, and thus makes his entire business empire sustainable. Boch is a regular at The Boston Music awards and incorporates music into his auto business as he is known for throwing amazing parties for his people featuring live performances from Leann Rhimes, The Go Gos, and Stone Temple Pilots. "Music is something that has the ability to change the world," says Ernie. He says he'd be remiss if he didn't bring music to his people and he'd be nothing but a mediocre business owner if he hadn't found a way to incorporate music into his business and life.

The Truth About Money: Ernie Boch Jr. reiterated a phrase he first heard on Johnny Carson. "The only thing having money does for you, is make it so that you don't worry about money." Boch went on to explain that most people's lives have all different kinds of problems and money is just one of them. He said that he has all the same problems in life that everyone else does, he just doesn't have the money problem. He further clarifies that money also brings into the equation lots of new problems that people without money never have to worry about. For example, he says he is careful about bringing new friends into his life, for he can't know what their true intentions are. As well, he says rarely does a day go by where someone doesn't approach him about a business idea that he needs to invest in. He said money, in many ways, ruins friendships and puts strain on relationships. Ernie says he does not feel superior to anyone because he's got more money than most. He acknowledges he's different than most because of his money, but in no way is he better.

"I'm just an average guy trying to figure out my way in life. I love music to my core, it is who I am. I try to lead by example, am good to people around me, I love and adore my kids, and appreciate the gifts I've been given. Will I change the world with my empire? Only time will tell... my song is still being written." -- Ernie Boch, Jr.