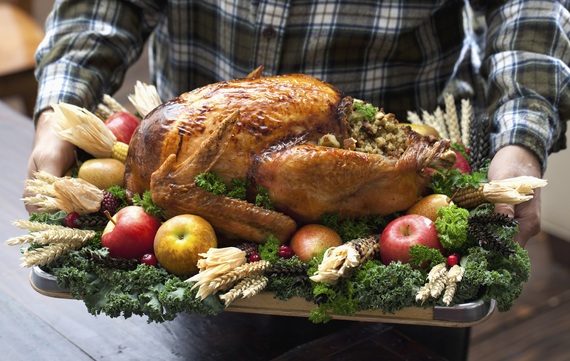 There are few celebrations as cherished as Thanksgiving. It's the second favorite American holiday next to Christmas, the most recent Harris Poll found. Americans are expected to spend over $2.8 billion on Thanksgiving this year, according to the U.S. Department of Agriculture and Statistic Brain research firm.

Visit GOBankingRates for updates on Thanksgiving >>>

As the holiday approaches, many are planning a traditional Thanksgiving meal: turkey, stuffing, mashed potatoes, gravy and pumpkin pie. Of course, traditions vary by region (and household), but corn casserole is a favorite dish in the South, and creamed onions are a likely menu item in New England, travel publication Lonely Planet found.

With Thanksgiving and the December holidays being so close together, you might be budget-conscious. If you are hosting Thanksgiving this year, here's a breakdown of what it could cost you.

Read: 10 Ways to Keep the Fear Out of Budgeting

The average cost of Thanksgiving dinner for 10 people is $50.11, an increase of $0.70 from last year, the American Farm Bureau Federation said.

The $50.11 covers: a half pint of whipping cream, three pounds of sweet potatoes, one gallon of milk, 30 ounces of pumpkin pie mix, a one-pound relish tray (celery and carrots), one pound of green peas, 14 ounces of cubed stuffing, a 16-pound turkey, 12 ounces of fresh cranberries, two pie shells and 12 rolls.

The turkey is the centerpiece of many meals, with over 51 million turkeys being consumed on Thanksgiving Day. Assuming you buy a 16-pound turkey, which costs approximately $1.44 per pound, according to the AFBF, it should cost about $23.04 for a turkey.

A 16-pound turkey, along with the other items on the list, should be enough to feed 10 people and still have leftovers, said the AFBF. For 65 percent of Americans, eating leftovers is more important than the Thanksgiving meal itself, according to a Harris Poll.

Popular ways to eat sweet potatoes at Thanksgiving include: pureed, baked or as a casserole with marshmallows. Adding marshmallows to casseroles became popular at the turn of the 20th century, and the Library of Congress noted that one of the first published sweet potato recipes containing marshmallows appeared in a 1919 booklet "Sweet Potato and Yams."

Related: 6 Grocery Delivery Services That Are Worth the Money

Pumpkin pie first appeared in an American cookbook, "American Cookery," in 1796, according to the Library of Congress. In the recipe, pumpkin was spelled "pompkin." Pumpkin pie became more popular in 1929, when Libby introduced canned pumpkin, making it the preferred method over roasting and mashing a pumpkin, according to History.com.

The Wednesday before Thanksgiving has developed a reputation as the biggest drinking night of the year. Although there are no hard statistics on that specific night, bar owners around the country expect a bump in sales. Perhaps it's because many Americans don't work on Thanksgiving Day, and many college kids are home for the first time since leaving for school in September.

Alcohol sales last year accounted for $245 billion in economic activity, with a spike in November and December, according to the American Beverage Licensees, which represents alcohol beverage retailers. If you expect to serve wine, beer or spirits with dinner, be sure to leave room for alcohol in your Thanksgiving budget. The most recent average price of table wine is $6.30, according to Wine Business. Assuming you get three bottles for Thanksgiving dinner, that is $18.90 to add to the grocery list. That brings the average total for Thanksgiving dinner to $69.01.

Finally, when many of us consider the cost of Thanksgiving, we often overlook transportation. In 2014, the AAA estimated that 46.3 million Americans traveled for the holiday. If you're driving, gas prices are expected to be $2.52 a gallon on average this November, so make sure you include travel costs in your budget.

It's never easy hosting a holiday meal, so kudos to you if you are. The average price of the Thanksgiving grocery list will be $68.31, including food and drink. Also, it's always a good idea to allow room in the budget in case you run of items such as butter or salt, which are not included in the American Farm Bureau Federation's $49.41 food total.

For many people, it's the home cooked meal that makes Thanksgiving special. Whatever your menu, and however you choose to celebrate, a budget can help you plan a memorable holiday without breaking the bank.

Read: 21 Ways to Save Money on Transportation

This article, The Average Cost of a Thanksgiving Grocery List Is $69.01, originally appeared on GOBankingRates.com.