This year, seven out of 10 Americans will be celebrating Halloween, and they will, on average, spend nearly $80 bucks in honor of the holiday. Of that spending, which includes costumes, decorations and greeting cards, it's estimated that $24.25 of that total will go to candy sales.

Full reports are in from the National Retail Federation and BIGinsight™ that speak to some of the massive spending that will take place this year. In fact, a Milo infographic cites that total Halloween spending is expected to reach $8 billion this year, and the $79.82 per person average spend per person is up $7.51 more than 2011. Terrible economy be damned. 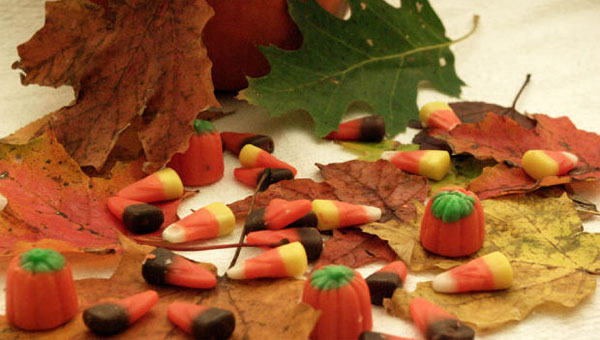 But let's talk candy. According to reports, while the average Halloween candy spend will be $24.25, men will outspend women on the teeth-rotting goodies by an average of $4.58. That's right, next time you hear a female who says "I'll eat you under the table when it comes to candy," you'll be able to do one of two things: (1) hit them with a "That's what she said" zinger, and (2) point them to this article, and let them know what facts look like. Then again, this doesn't prove that women consume less candy than men, just that men will be doing a better share of the purchasing*.

Continuing along, consumers aged 25-34 will spend more on Halloween Candy, on average, than any other age group (18+), with the second closest spender group being those aged 18-24. How do some of these figures stack up to your personal spending/celebratory habits for the upcoming Halloween holiday? On par? Too much? Too little?

Feel free to express yourself in the comments, let us know about your own spending habits -- I'd love to hear from the 170 million planned Halloween celebrators who will supposedly be spending nearly $25 on Halloween candy this year.

Here's a visualization of what this spending will look like not just from candy, but across all aspects of Halloween retail, including decorations and costumes: