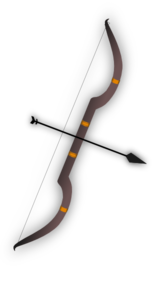 Relations and film, film and relationships. So hard to separate. The big mirror that reflects all of our warts and cross hairs right back to us. And one of the most charming soothsayers of the human heart, Eric Rohmer, is being showcased at Lincoln Center.

Each of the Comedies & Proverb films begins with a proverb and in The Aviator's Wife "it is impossible to think of nothing." That implies that the film has passive action but the real activity is in the obsessive thinking of its characters.

I had seen all of Monsieur Rohmer's Comedies except Aviator's Wife. This is a story that shows how the art of rejection can create more rejection; how a little information can burn like a hole in a pocket until all the data is discovered, and usually the original premise is wrong; and how playing with the emotion of another is such a sweet, albeit unconscious power trip.

Like all of Rohmer's films, the acting is natural, the scenes go on as if you're really sitting in a conversation with a friend, witnessing the perils are of the heart. Girl (Marie Riviere) gets upsetting news, boyfriend (Phillippe Marlaud) gets upsetting sighting and the story begins. What is particularly striking in this 1981 film is the exquisite absence of cell phones. The story couldn't be told in a cell phone world. There is nothing as mysterious with a text (ask Anthony Weiner) as a letter. Little notes left in little slots can open up a story, with more possibilities for interpretation than even the most venal email... less is certainly more in the case of this film and the meaning of whether to hand deliver a card or gain distance with a stamp is beautifully executed by Rohmer. The film predates Charley Hebdo -- notice the black and white keffiyah Riviere wears jauntily around her throat and the lovely young Anne-Laure Meury plays with her prey by joking about her Muslim Black street sweeper boyfriend.

The politics and technology have certainly changed, but not the dance between men and women. Rohmer knows well the steps; the missteps are endearing.

The theme song is sung by Arrielle Dombasle, stunning as Pauline at the Beach (also playing) and now the wife of philosopher Bernard Henri-Levy.

The selection of films including The Green Ray, A Good Marriage, Boyfriends and Girlfriends and Full Moon in Paris will screen at Lincoln Center until April 30.