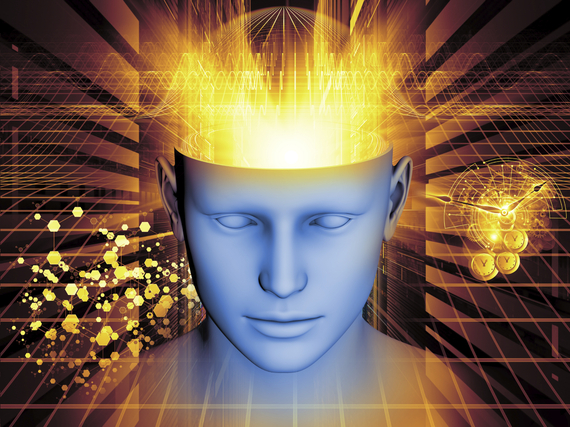 "If I had an hour to solve a problem," explained Albert Einstein, "I'd spend the first 55 minutes thinking about the problem, and the last five solving it."

Translation? One of the secrets to having a big breakthrough is immersion -- "the state of being deeply engaged, involved, or absorbed."

Immersion is the ocean in which our fabulous insights, ideas, and illuminations are swimming. That's why Yogis seek out caves, embryos gestate, and writers go on retreat.

And that's why my business partner and I rented a townhouse in Boulder, Colorado for 30 days and 30 nights when it was time for us to start up our company. We knew we had a great idea for a business, but we also knew that ideas were a dime a dozen and that unless we really immersed we'd end up with nothing much more than a charming story to tell at cocktail parties -- the idea for a business, but not the business itself.

Armed with little more than a flip chart, a few marking pens, and a burning desire to create something new, we unplugged from all our other commitments and jumped in with both feet.

We talked. We walked. We walked our talk. We noodled. We conjured. We brainstormed, blue-skied, dialogued, role played, invented, read, sang, stretched, drank coffee, wine, the crisp Colorado air, and whatever else it took to free ourselves from the gravity of what we already knew. If this was Rocky 1, our townhouse was the Gym, Adrienne nowhere in sight.

And every night before we went to bed, blissed out of our trees, we'd remind each other to remember our dreams and speak them aloud the first thing in the morning.

CLUES. We were looking for clues, hints, perfumed handkerchiefs dropped by our muse while we slept and anything else that bubbled to the surface of the imaginal stew we found ourselves now swimming in.

Crackpots? No. More like crockpots, simmering in our own creative juices, unimpaired by the almost infinite amount of distractions we had grown accustomed to calling our life.

Immersed. We were completely immersed -- two eggs submerged in the boiling water of creation, heat turned up, lid on, timer off.

Our walls? The walls of our abode? Covered with paper, sketches, scribbles, post-its, quotes, pictures, lists, charts, diagrams, questions, and take out menus -- the barely decipherable hieroglyphics of our journey into who knows where.

The floors? Our mothers would have had a heart attack, littered as they were with anything we didn't have a place for. Rube Goldberg meets Fellini. Yin meets Yang meets Jung -- the flora and fauna of two aspiring entrepreneurs on fire with possibility.

But our immersion went far beyond the four walls of our abode. It was a state of mind, not a geographical location. It didn't really matter where we were. Walking by the creek or sitting in a bar was all the same to us, ruled as we were by our shared fascination, random silken threads of conversation with complete strangers, and the increasingly apparent sense that we were on to something big.

And then, on the morning of the 19th day, very much at ease in our townhouse abode, there was a knock on the door -- a loud and insistent knock, a knock both of us found rather odd since nobody knew where we lived -- or so we thought.

"It's open," Steven shouted from across the room. "Go ahead and let yourself in."

And there, at the threshold, stood a woman neither of us knew, a woman boldly announcing that, for the past three days, she'd been hearing about "these two creativity guys" and she just had to meet us, her business now on the cusp of either breaking through or breaking down.

I don't remember a single thing of we said, but whatever it was hit the nail on the head.

The next day, there was another knock on the door. Apparently, someone else had heard about our whereabouts. This guy had a business, too, or was trying to have a business. He spoke. We listened. He spoke some more. We listened some more, occasionally asking a question or two and sharing some insight. He too, got what he needed.

On the third day, Jesus did not rise from the grave, but, yes, there was another knock on the door -- just enough proof to the logical part of our minds that the previous two visits were not random events, but part of some kind of emerging pattern -- what fans of Rupert Sheldrake might refer to as manifestations of the morphogenetic field, or what less metaphysical folks might describe as our very own "field of dreams."

Steven and I had done nothing at all to draw these people to us -- no ads in the paper, no posters on poles, no calls, no emails, no flyers, no social marketing campaigns. The only thing we'd done was immerse -- dig deeply into our own highly charged process of creating something new.

Is a mother hen sitting on her egg doing nothing at all? Is she slacking? Is her seeming disappearance from the poultry marketplace a sign of irresponsibility?

To the casual observer, maybe that's what it looks like, but nothing could be further from the truth. Sitting is exactly what the mother hen needs to do in order to bring new life into the world. Stillness, not action, is her path.

Did Steven and I accomplish what we set out to do during our 30 days of immersion? Yes, we did. In spades. Beyond the inspiration, collaboration, and good feelings we experienced, we emerged with the design of our first product -- a creative thinking training we ended up licensing to AT&T just two years later for a truck load of money.

Was our immersion time all fun and games? No way. Chaos and confusion were our all-too-present housemates, but the rent they paid sparked a ton of learning, creativity, discovery, and a new found willingness to make friends with the unknown -- what Henry Miller was referring to when he defined confusion as "simply a word we've invented for an order which is not yet understood."

In today's business world, immersion is a very rare commodity. ADD rules the day. Time is sliced and diced. We don't have time. Time has us. We tweet, we delete, we tap our feet, but all too often nothing much beyond the status quo ever really happens. Downtime has become an anathema -- the province of "B list" players. Busy-ness and business have become synonymous.

The assumption? The more we do and the faster we do it, the more success we'll have. Boil an egg? Ha! We microwave it -- even if it tastes like shit. Dive in? No way. We hydroplane.

But it doesn't have to be that way. It really doesn't.

Slowing down and going deep trumps speeding up and going crazy. Immersion trumps diversion. It's possible. Yes, it is. I have proof. And so do YOU, if only you would pause long enough to remember those extraordinary times when you unplugged, tuned in, and dove into your own process of creating something new and wonderful.

A QUESTION FOR YOUR CONSIDERATION

What can you do, this week, month, or quarter, to unplug from the daily grind and give yourself the luxury of immersion? Where will you go? When? And who will you invite to accompany you, if anyone?

Mitch Ditkoff is the Co-Founder and President of Idea Champions, a Woodstock-based innovation consulting and training company. His Heart of Innovation blog is a daily destination for movers and shakers worldwide.