"How can you not think a woman's body is worthy of celebration?" 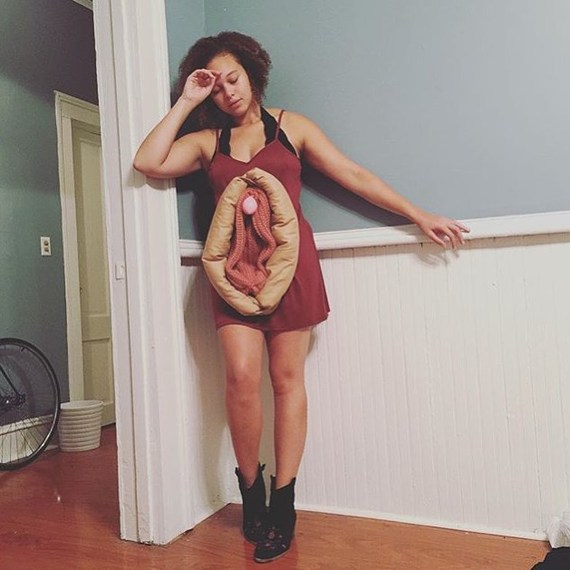 Andie Boyd, a 22-year-old resident of Charleston, SC and recent theater major graduate saw Halloween as an opportunity to make a statement. Rather than dress as a sexy cop or hop on the all too popular "Netflix & Chill" trend of 2015, Boyd decided to don a dress that prominently featured the a representation of the female genitalia. The reason behind the attire? To get people talking.

Boyd believes the female anatomy should be as present in society as the male anatomy and shouldn't be something to be ashamed of or afraid to talk about.

I think some girls are ashamed about their bodies and especially their genitalia which is silly because they cause pleasure and pain and life actually passes through them. How can you not think a woman's body is worthy of celebration?

Boyd first came up with the idea for the costume after hearing the Mean Girls quote that reads, "Halloween is the one night a year when a girl can dress like a total slut and no other girls can say anything about it." Boyd says she wanted to be the "sluttiest" and most hush hush thing you could be while at the same time chipping away at double standards in our society.

Not everyone she knows was supportive of the idea, however. Boyd says that when discussing the costume idea with a coworker, they actually responded by being grossed out. Boyd says she couldn't understand why something belongs to half of the world's population and, in this case, between her coworker's legs all the time, could be appalling. To Boyd, it was reactions like this that convinced her she needed to go ahead and follow through with the costume.

After taking a trip to the crafting aisle, she made the costume herself spending only $13 on materials. 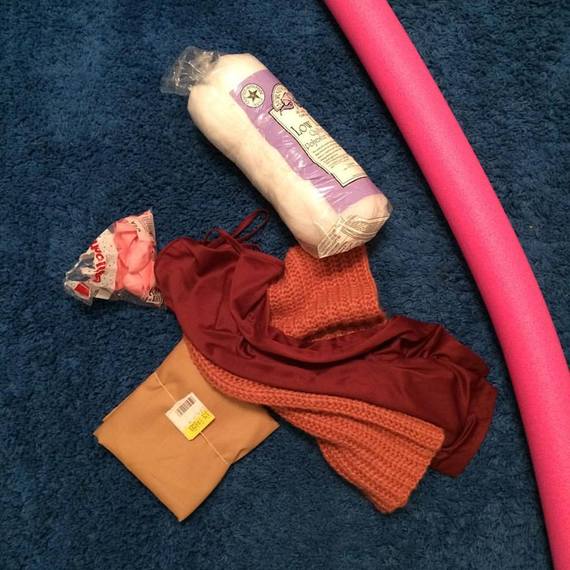 Boyd says it wasn't easy to make the outfit after all, and there was a lot of trial and error involved. Unfortunately there isn't really Pinterest guide for crafting a wearable rendering of the female genitalia. In the end, the eccentric costume turned out pretty great and Boyd was pleased with it's response.

Overall, she says reactions to her costume were positive.

My friends loved it and strangers seemed to enjoy it as well. It also proved to be educational as my roommate as a gay male had never had much exposure to the female anatomy so I was able to teach him as I was crafting it.

She hopes that her costume will continue spark a conversation and break the barriers to discussing women's anatomy and health. 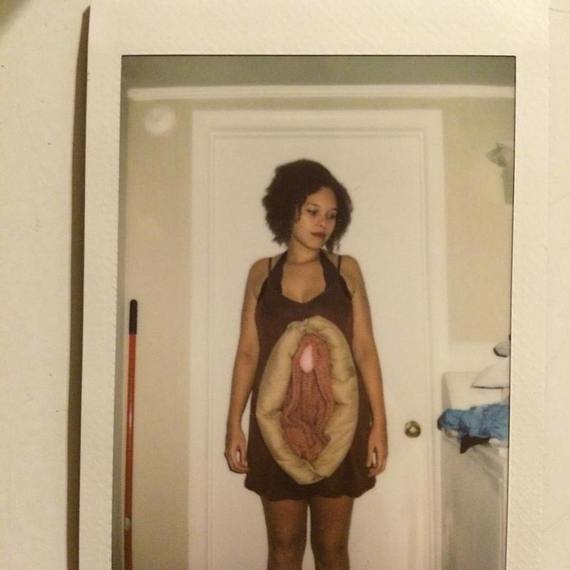