It's no secret that "The Bachelor" doesn't have a great track record with diversity. This past weekend, "Saturday Night Live," joked about the fact that minorities often get eliminated early on, and now a new infographic takes a closer look at representation on the reality show.

According to the infographic -- made by Karen X. Cheng of karenx.com -- last week's elimination of the only minority on the current season of "The Bachelor" is indeed part of a larger pattern. 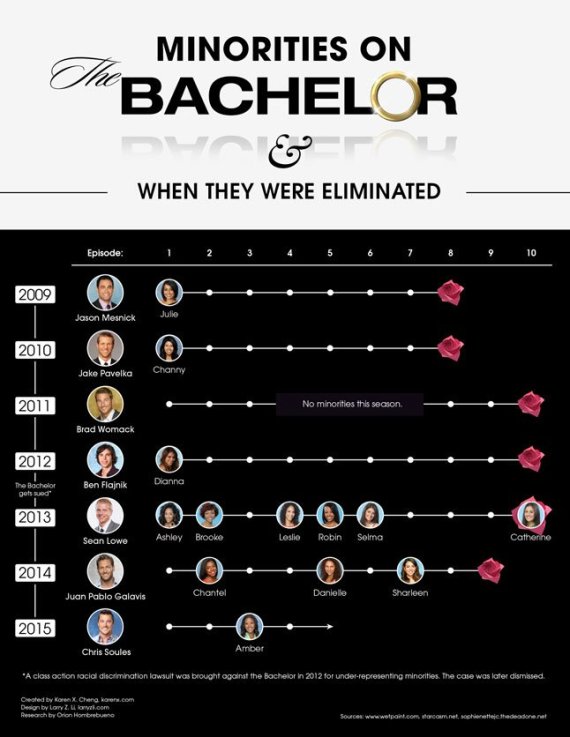 In her analysis, Cheng notes that in the years 2009-2012, there were very few minorities, all eliminated within the first few episodes of each season. Then, in 2013, the number of minority contestants jumped to six -- with Catherine Giudici winning the season -- before dropping back down again the following year. Cheng hypothesizes that the 2013 increase in minority representation may have something to do with the class action racial discrimination lawsuit brought against the show in 2012, which was dismissed by a judge on the basis of the First Amendment.

"Now that the racial controversy has blown over," she writes, "are we back to token minority status?"

For further analysis and a similar infographic for "The Bachelorette," head over to karenx.com.