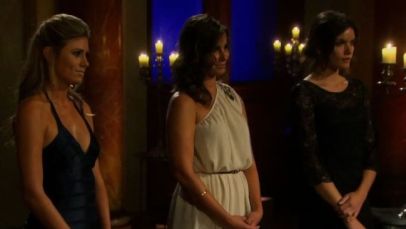 Hands down, this season of "The Bachelor" (Mondays at 8 p.m. EST on ABC) rivals that random Prince's season as the most boring in franchise history. The Feb. 27 episode didn't even come close to entertaining. I would call it a distant cousin of mediocre. Like Ben's wardrobe, it was two hours of a bland, forgetful ensemble. In order to spare you the mundane details, I fashioned a fun little quiz to help make the recap more interesting.

1. Which article of clothing did you find most attractive on Ben?
2. At what point in Switzerland did Ben almost throw up?
3. What was Our Host Chris Harrison thinking about while debriefing with Ben?
4. Which describes the ideal hot tub scenario for Ben?

5. True or False: Someone loaned Ben a flat iron for his hair.

6. Who did you predict the mysterious woman would be who crashed Room 414?
7. What was the most cliche moment from last night's episode?

8. True or False: Lindzi's pants were forgone in the forgo card fantasy suite.

9. What was the most "special" part about the promo for Emily's upcoming season of
The Bachelorette
?
10. Who will Ben propose to in two weeks?

You all receive an A+ for putting up with such nonsense. Congratulations! To read the recap in its entirety, feel free to visit www.iHateGreenBeans.com.