"The Batmobile" is getting its due on The CW. The network will air a special half-hour program on the history and evolution of Batman's iconic vehicle.

Though the special airs on The CW on Mon., July 16 at 8 p.m. ET, it will premiere at Comic-Con on Thurs., July 12. All six Batmobiles from the various Batman films and TV shows will be at Comic-Con.

The Batmobile special will feature archival footage, images and illustrations of the Batmobile to illustrate its creation and evolution to its present day incarnation. The special will also include interviews with designers, stunt drivers, fans, builders, Christian Bale, Adam West, Christopher Nolan, Joel Schumacher and Tim Burton.

Take another look at the Batmobiles below. 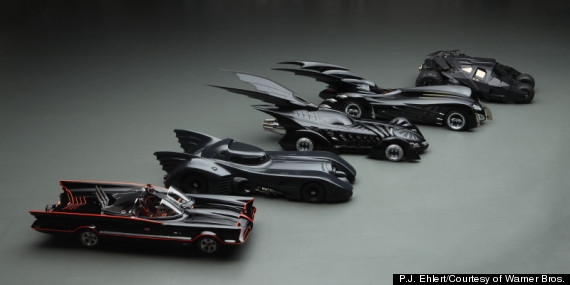 PHOTO GALLERY
What To Watch: July 9-15
Download
Calling all HuffPost superfans!
Sign up for membership to become a founding member and help shape HuffPost's next chapter
Join HuffPost

1 / 17
Mon., July 9: "Bunheads"
(9 p.m. ET on ABC Family) Michelle tries out a new living arrangement that gives her some distance from her new mother-in-law. And Fanny is beside herself when the Joffrey Ballet threatens to move Summer Program auditions to another city because the dance floor studio is not up to par.
ABC Family