Hiring next-level developers is much easier said than done. After all, every business on the hunt for new blood wants the best talent possible and competition is downright fierce. But what if top developers aren't actively on the market seeking opportunities?

Welcome to the era of job-hopping where as many as half of employees based in the U.S. are watching or actively eying a new position according to a recent Gallup study.

Given the fact that the inability to hang onto talent is a heavy burden on employers - especially in tech - it's crucial that a company looking to bring on new developers can figure out what their talent actually wants, especially if they hope to keep them around for the long-term.

What Developers Want (and How Companies Can Deliver)

Developers represent somewhat of an enigma in the hiring world. They're incredibly in-demand, sometimes to the point where they could be fighting off offers from competitors.

Likewise, companies must meet the needs of this elite group that can afford to be extremely picky. Employers should take note of what developers want from their respective companies, such as:

Of course, not all developers are created equal in terms of their priorities: the perfect fit for one developer may be an absolute nightmare for another. Therefore, the key to getting into the heads of potential hires is to better understand how to make your company more attractive to developers.

That's exactly what companies such as Microsoft, Amazon and Uber are doing to poach the best developers and create tech teams that are absolutely killing it right now.

Instead of swimming in a sea of resumes, today's top tech companies are going straight to the source.

Platforms such as Woo, Whitetruffle and Jobr have emerged as new platforms for the digital era.

Woo, for example, allows developers to put themselves out there on the down-low. Using the platform, developers can put together a personal "wishlist" of what they're looking for in an employer and companies can pick and choose potential talent accordingly. A few high profile companies, including Yahoo, Microsoft, Uber and Quora are using the Woo platform currently. 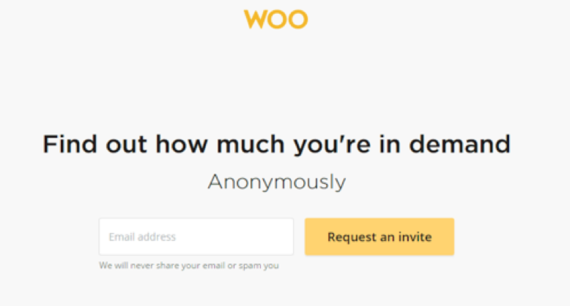 Beyond the common "wants" noted above, developers could also tie in desires such as the ability to relocate, travel, or simply earn more than what they're getting at their current gig. This innovative approach helps Woo match employers with "off market" candidates who are not actively seeking new jobs.

Similarly, Whiteruffle works to avoid what they refer to as "the resume black hole" by matching candidates with companies based on their algorithm of over 50+ core principles. In fact, they liken themselves to a dating site for developers looking for the perfect match: short, sweet and to the point without having to dig through a job board.

On the flip side, Jobr sports a mobile-friendly platform that emphasizes search via a resume feed. With integration through Facebook, candidates can pull personal information from social media to fully fill out their profiles in an instant.

Rather than treating promotion and growth like a pipe dream, these new platforms afford developers the opportunity to put themselves out there for the ideal company to find them instead of vice-versa.

The Benefits of Developer-Driven Hiring Platforms

Representing free platforms for developers, there's absolutely no risk involved for talent looking for a new start or better fit in the corporate world. For example, Woo and Whitetrufle drive revenue through charging companies looking for talent, treating its developers as an exclusive pool of rising stars.

Considering that current companies looking for talent via these sites include Microsoft, GM and Uber and Google - just to name a few -, the enormous names in search of new hires is nothing to scoff at. Such serious names signal a new wave of hiring in the developer space versus social sites such as LinkedIn.

Although LinkedIn heralds itself as a social network for modern professionals, it's less-than-stellar for developers on the lookout for new positions. For starters, consider some of LinkedIn's drawbacks such as

· Spam: as LinkedIn has become somewhat of a hotbed for spam and scams, developers may naturally be hesitant to respond to such queries
· The best talent may not be there: either due to lack of a LinkedIn presence or a poorly optimized profile, finding skilled developers on LinkedIn is often like finding a needle in a haystack
· Privacy concerns: after all, the more active a potential candidate is in terms of their LinkedIn presence, the more suspicious it looks to their current employer (think: no sense of anonymity)

On the flipside, anonymous sites guarantee that its developers actually want to be found and are more than willing to listen to what potential employers have to say. Again, it's a win-win situation for everyone involved as the element of fear is removed from the job-hunting process.

The Future of Finding the Best Talent

The writing on the wall: the future of hiring for employers and developers alike comes down to meeting the needs of new hires and connecting through a platform that allows for anonymity. As develop-driven platforms continue to streamline the job-hunting process, the traditional headache of finding fresh developers may very well be a relic of the past.

What are some effective ways that you have used to find talent? Tell us in the comments!