The BBC's decision to film a special edition of 'Songs Of Praise' from Calais' biggest migrant camp has inflamed opinions, with critics branding the move "insensitive" while others say it could help humanize the crisis.

Crews for the TV program have been filming at a church in the so-called 'Jungle', a sprawling encampment home to thousands hoping to reach Britain.

Andrew Rosindell, MP for Romford, told The Sun on Thursday: "This is an insensitive thing to do. We are facing a grave crisis.

"The BBC should be careful not to start looking as if they are making political points out of this."

Others against the idea took to Twitter to voice their disquiet.

But not everyone was against it, others voicing their considerable support as well.

How do I tell songs of praise that I think they're awesome for doing an episode in the migrant camp in Calais? Because I do.

As a follower of Jesus I fully support the @BBC Songs of Praise being broadcast from the migrant camp in Calais. pic.twitter.com/muJurYtHHD

Well done, BBC's Songs of Praise. Now for the rest of us to follow. 'Calais' is not a French problem, nor a British one. Let's all help.

A BBC spokeswoman said the program, which has run for over fifty years, brought hymns from churches around the UK and short topical magazine features of interest to Christians "from a range of places".

Giles Fraser, a former St Paul's Cathedral cannon who is also involved in the contentious episode, posted pictures of some scenes the production team had encountered in their pursuit of filming the new episode.

In the Calais church with Ethiopian migrants. These are our brothers and sisters in Christ. pic.twitter.com/VHUxb05BbC

Goodbye to St Michael's, Calais. Tried to find the people who built it. But they are all now in England I'm told. pic.twitter.com/RFdlZlKtr3

The decision to film 'Songs of Praise' from Calais comes amid an unprecedented surge in migrants attempting to cross the Channel and enter Britain.

A former British ambassador to France has warned there is no "magic solution" to current migrant crisis, and said the issues should be seen in the context of an overall surge in migration into Europe.

Sir John Holmes, who held the post between 2001 and 2007, said: "Although it's a very difficult problem and causes a lot of obstacles and complications, it is a relatively small part of a much bigger problem which is the number of people trying to get illegally into Europe from the Middle East and North Africa." 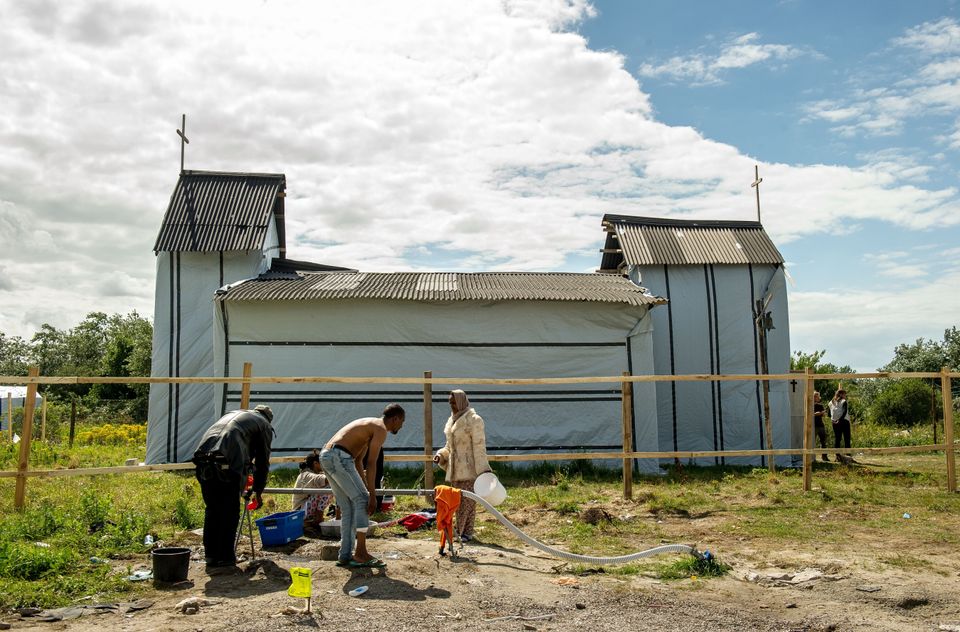