As catchy as it may be, the Beastie Boys' "Girls" is easily one of the most misogynistic songs to come out of the '80s. The track has been revisited before, drawing negative reactions from the band, but we're less than concerned about what they'll think of this latest cover. Meet Sizzy Rocket, a 22-year-old artist from Las Vegas. Flipping the message of the 1987 hit on its head, she's turned the song into a feminist anthem with the hope that it will be "empowering for young girls." Check out the video and read what Sizzy Rocket had to say in an interview with HuffPost Entertainment:

Tell me about this cover. What made you think to rework "Girls"?
I was in the shower and I was singing “Girls” by the Beastie Boys, because I love the Beastie Boys, and I kept saying “All they really want is girls," instead of “all we really want is girls.” I thought, I could really flip this with a strong and really empowering angle for a young girls. So, I called Matt Squire, who produced it -– he’s done stuff for “Panic At The Disco” and is an amazing producer -– and I was like, “We have to do this Beastie Boys cover.”

It's a really smart way to encounter the double standard of sex positivity as it is in conflict with the male gaze.
The message behind the song ... it’s just a really fun way for girls to feel like they can be sexy in any way that they want to be. There is a fine line between saying “I want to be empowering” and “I want to be sexy,” but I think it’s important to realize that you can be both in any way that you choose. 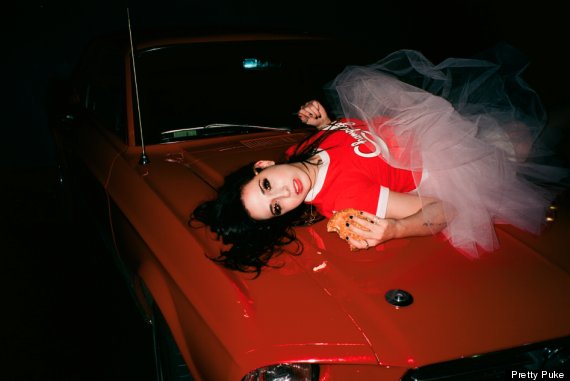 A lot of artists have attempted to take down the double standards in the music industry lately -- Jennifer Lopez and Lily Allen come to mind. Is there a particular artist who you think has done this sort of thing especially well?
We could talk about female pop artists all day and how they’re being strong women in a male dominated industry, because the music industry is male dominated, but I do want to stand out as doing it in my own way. I’m not an over-sexualized artist. I don’t wear leotards on stage ... but I’m not putting down artists who do, because that’s what makes them feel powerful, and I feel powerful in a suit.

Well said. In terms of sharing these kind of feminist messages, do you think surrounding them with a pop friendly beat is an especially effective way to do so?
I definitely wanted it to be fun. Pop music definitely lends itself to talk about sex, so that helps. But I’m a pop artist at the end of the day, so I just wanted to make it fun, to have people play the song when they’re getting ready or driving down Times Square hanging out the window of a limo, like I did [in the video].

Let's talk more about your style as well. It seems like this cover, and your music in general, is almost a defiance of pop (or at least tough to classify as one specific genre).
Yes, I feel like we live in this era where, you know, you don’t need radio anymore. You don’t have to say I’m an alternative or Top-40 artist. I can say I’m influenced by hip-hop and rock and roll and all of these things, but I can say that I’m working on my first record [“Thief”] and it is very hip-hop influenced ... [but] I’m really influenced by punk and old school rock stars, you know, like Iggy Pop and Joan Jett and Ziggy Stardust. 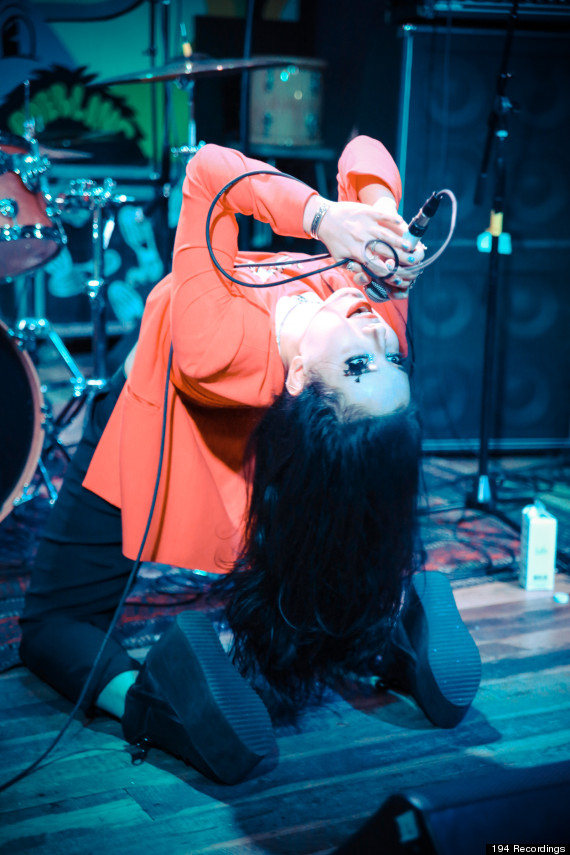 Speaking of Iggy Pop and Ziggy Stardust, can you talk a bit about the formation of Sizzy Rocket as the character that we see in this song?
I read this book called “Please Kill Me” when I was 18 and it changed my life. I was like I want an iconic name, and I want to create an exaggerated version of myself. I want to live my life as this exaggeration. Like Andy Warhol or Freddie Mercury, I want to be bigger than myself. I’m very inspired by Andy Warhol, borderline obsessed, so, you know, everything I do is just bigger than life and that’s the goal.

I know you write for other artists, how does that identity and your solo career affect your work for other bands?
Yes, but I have a publisher with Universal that I trust to help me make those decisions. A lot of times in my sessions I’ll be, like, I’m definitely not writing for myself today, or this is definitely a Sizzy Rocket session.

And as of right now, you're only signed as a writer, correct?
Yes, I’m signed as a writer. I have a management team, a production team and a booking team, but I want creative control right now. I really want to develop this project fully before signing with a major record label.