In 1968, The Beatles and celebrity friends set off for the ashram of Maharishi Mahesh Yogi in Rishikesh, India. Most of the White Album and some change later, they returned home, but their Indian experience sounds through the many songs they composed there.

Today, the "Beatles' Ashram" is still nestled in the Himalayan foothills, overgrown and abandoned, yet at points overlooking the ice-blue Ganges' holy waters. Cows graze outside former homes, monkey troops are entrenched on rooftops, and cobwebs yield encounters with unpleasantly large eight-legged friends. In short, it's an adventurer's dream: see for yourself!

Have you been to Rishikesh, or nearby parts of Uttarakhand state in India? If so, we'd love to see your photos! 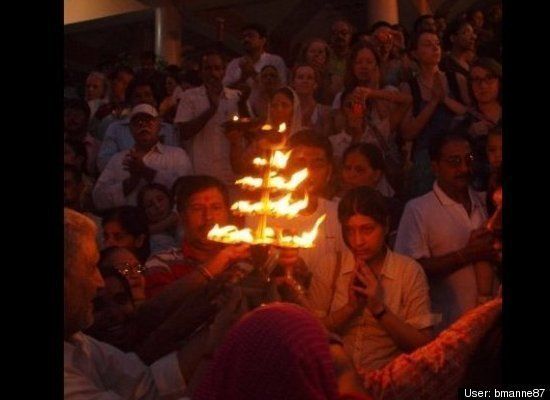