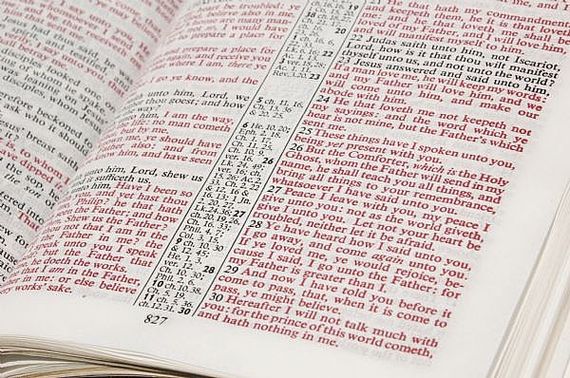 I am an avid reader of most everything spiritual in search for a clearer message for the broken-hearted, including my own. My intentions are devoted to letting others know God is present and listening to our every word. I wrote a book that explains my spiritual success stories because I felt it's only right to share them. I have come through a deeply broken heart through reflections on the Gospel and other stories of Jesus's time on earth. I just learned the full story behind the Red type in the Bible, something I never knew much about until today by reading The Story Behind: Red Letter Bible Editions By Steve Eng (Bible Collectors' World - Jan/Mar 1986). In it, he says, "For many Christians, a Bible without the words of Christ in red is almost unthinkable. But like other standard Bible features (such as chapter and verse numbers), the origin of the practice is virtually forgotten. You can read the entire story here: http://www.biblecollectors.org/articles/red_letter_bible.htm but I've included a few of the most important parts below:

"It is a surprisingly recent innovation, instigated by Louis Klopsch (1852-1910), an enterprising immigrant journalist. Born in Germany, he was brought to New York at age two, where the family did not fare well. Louis left school early, and by age twenty was editing a merchants' trade newspaper. He enhanced the columns by interspersing Bible passages in the text. Then he managed to buy a print shop, and became a successful publisher. By 1890 he was American editor of the British weekly, The Christian Herald. He later bought it out, and before his death had hiked its circulation from 30,000 to a quarter million.

In his teens he had been captivated by a service conducted by Rev. T. DeWitt Talmage. He made Talmage an editor of his paper, and conceived the idea of distributing his sermons to hundreds of newspapers. Thus he may have invented the modern tactic of syndication. Then on June 19, 1899, while composing an editorial, his eye fell upon Luke 22:20: "This cup is the new testament in my blood, which I shed for you." Seizing upon the symbolism of blood, Klopsch asked Dr. Talmage if Christ's words could be printed in red. His mentor replied: 'It could do no harm and it most certainly could do much good.'"

One of the books I've studied is A Course in Miracles. It has led me to understand my Catholic faith more clearly. I've since read too many stories of the dangers of reading this book because it wasn't approved Catholic doctrine and was sad to learn of this, since it featured Jesus and explained why we all suffer, and that I've actually only needed to continue reading my bible. No other book has ever held higher priority than my Catholic Bible and it's never failed me. I actually read the New Testament so much that I wore out its pages before I even knew about the Course. At the same time, I actually believed the Course was put in front of me because I asked God to lead me to the literature I needed to help myself as I suffered through heart-ache after heart-ache. And because I asked and was answered, this made it easy to believe that the Course wasn't wrong for me, because I had patiently searched for relief through God while I waited and prayed. And I'd waited months before finally purchasing it.

There have been many modern-age books that I felt uneasy and knew immediately that they weren't right for me. And most important is that I read the Course primarily as a textbook only, since there was no further need to study or put into practice each daily lesson plan because the red letters from my Bible remained true to my heart and continued to teach and help me, and the Course text didn't seem to conflict with them. This might have actually been my salvation and the grace that kept me safe from any other incorrect books and influences. So I thought that it was only right that I give gratitude and share with others all the literature that helped me through the years. I was sad to learn that some Christians could not read my work because I mentioned the Course. Perhaps I should have explained that I read it because surely my book was intended to give glory to God and Christian teachings. In fact, my remarkable and talented editor said that she thought even the Pope would love it! But I digress and need to bring my story back to the magnificent power behind reading those red letters of the Bible and what they have actually done for me, and which are promised to do the same for everyone who reads them.

The other day I had lunch with my dear friend and discussed my sensitivity over not passing judgment on other paths to God. I felt that this was the way of keeping my heart open and connected to other seekers of truth and wisdom. She helped me to understand the difference between those who've practiced ONLY the Course, compared to from my own experience, because of my previous years of dedication and devotion to the Bible. I explained to her that I had never wavered from those most beautiful red typed Bible portions that spoke more clearly to my bleeding heart than any other book. Knowing me for many years, she truly understood my passion and love of God, since she had lived through the storms of life with me, and that she suddenly understood the miraculous power and wanted a new Bible with the red type for herself. So we set out together one morning to buy her a new Bible. And while browsing and knowing in our hearts and minds exactly what we were looking for, a gentleman, a priest, was also shopping noticed us in the bible section and graciously suggested that we picked only the one with the red type because there is none better. Truly this was no coincidence, and a timely message of grace from God, still speaking to me through that beautiful red type. And after all these years, are there any other lessons any one of us needs to learn before our hearts understand that those red letters mean we are truly saved through "mercy" and prayer? His message of the Cross, full of Grace, gives peace to all of our hearts.

About Catherine Nagle: Catherine grew up in Philadelphia with 16 brothers and sisters, reared by loving, old school Italian parents. Catherine's artist father's
works graced locations from churches to public buildings; her mother was a full-time homemaker. A professional hairdresser, Catherine worked in various salons while studying the Bible and pursuing spiritual growth through courses, seminars, lectures and inspirational books, including A Course in Miracles and the works of Marianne Williamson among many others. The mother of two children and a grandmother, Catherine lives in Pennsylvania with her husband and son. She is the Author of Imprinted Wisdom.