If tricks were not allowed in chess, the game would be boring. For the last two centuries they were the jewels of chess played in European coffee houses and they were in big demand. Kibitzers were looking for razzle-dazzle on the chessboard and the players obliged. And we are still amazed today what tricks, the little tactical ambushes, can do for us.

At the time Paul Morphy was conquering the best European players in the late 1850s, William Steinitz came to Vienna to start his chess career. "I didn't play with the object to win directly, but to sacrifice a piece," he admitted. He played for tricks. Sacrifice after sacrifice, combination after combination earned him the nickname "the Austrian Morphy."

His combinational craft is clearly visible in the following fragment: 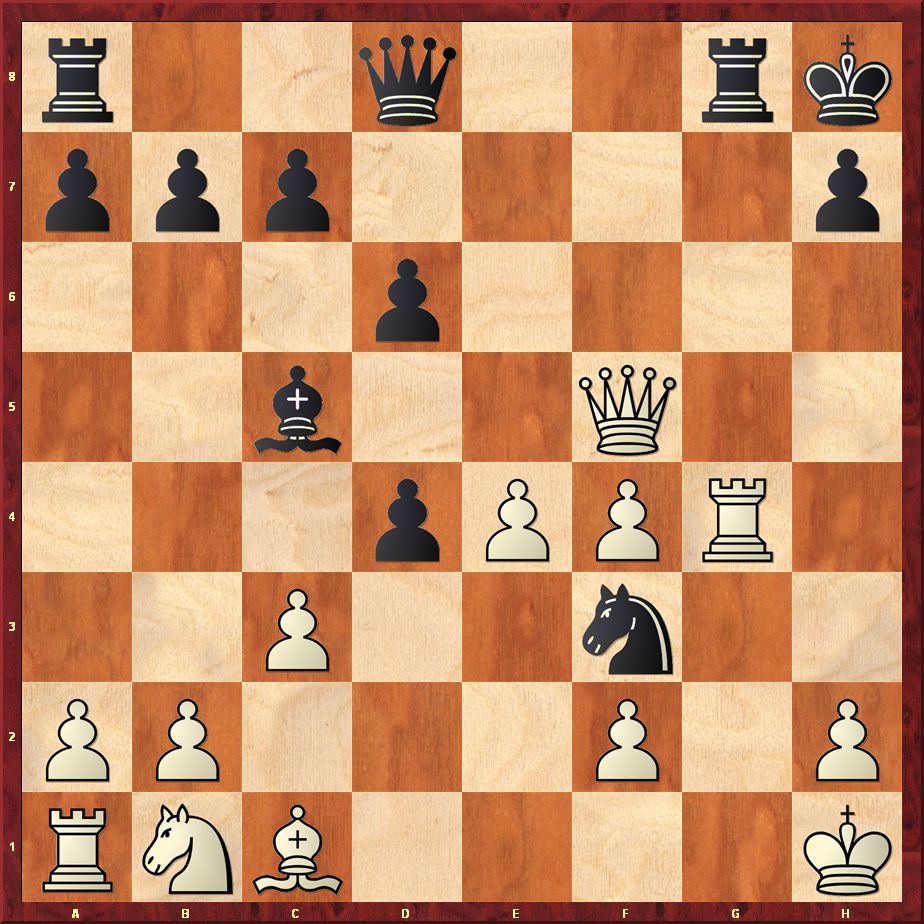 The queen sacrifice does the trick. It is also the shortest way to win. The queen deflects the rook from the square g1, threatening 17...Qh2 mate at the same time.

What is a chess trick?

In her book Judit Polgar Teaches Chess 1: How I beat Fischer's record, the all-time best woman attempts to define it:

"I see the trick as a basically simple (maximum two or three moves), but very well masked, tactical operation. It requires imagination, alertness, lack of preconceptions, and the ability to intuitively perceive the intimate dynamic nuances of the position. These qualities allow spotting, foreseeing or aiming to deliver a trick."

Polgar wrote the book, the first volume of her trilogy published by Quality Chess, together with the Romanian grandmaster Mihai Marin. It is conceived as a teaching manual based on her games and fragments. The first chapter of the book is called Tricks and in the first example Polgar uses a stunning deflection to win a friendly game against Jozsef Palkovi: 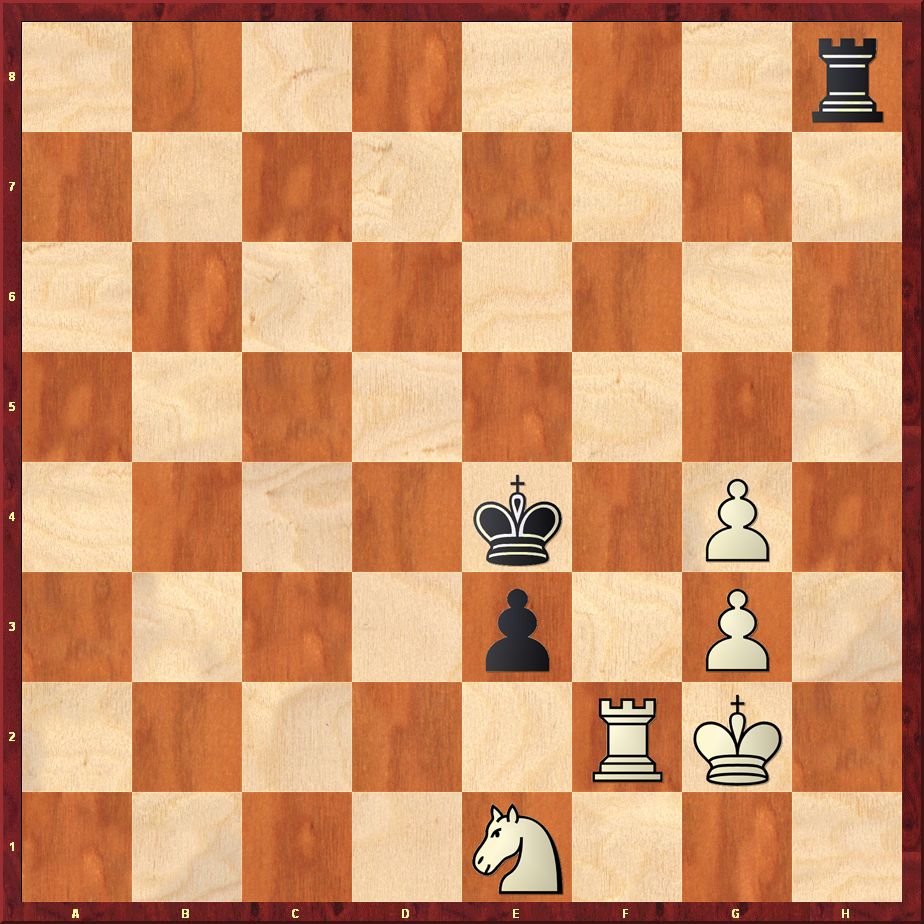 After 2.Kxh2 exf2 and the pawn queens because black has two squares to promote it.

Polgar admits: "I was labeled as a tricky player early on and have been regarded as tricky throughout my whole career. It was said that I was able to pull out tricks from nowhere."
The late world champion Vassily Smyslov nicknamed her "Tal in a skirt." She enjoys being compared to the brilliant world champion Misha Tal.

Throughout his career, Tal created many great combinations and there are not enough books about his skills. The latest is The Magic of Tactics of Mikhail Tal by Karsten Muller and Raymund Stolze, published by New In Chess. It is the English version of the German book we liked in our review.

But Tal also made many unsound sacrifices. And somehow when nobody would bet a dime on his position, he turned it around with a wonderful trick. 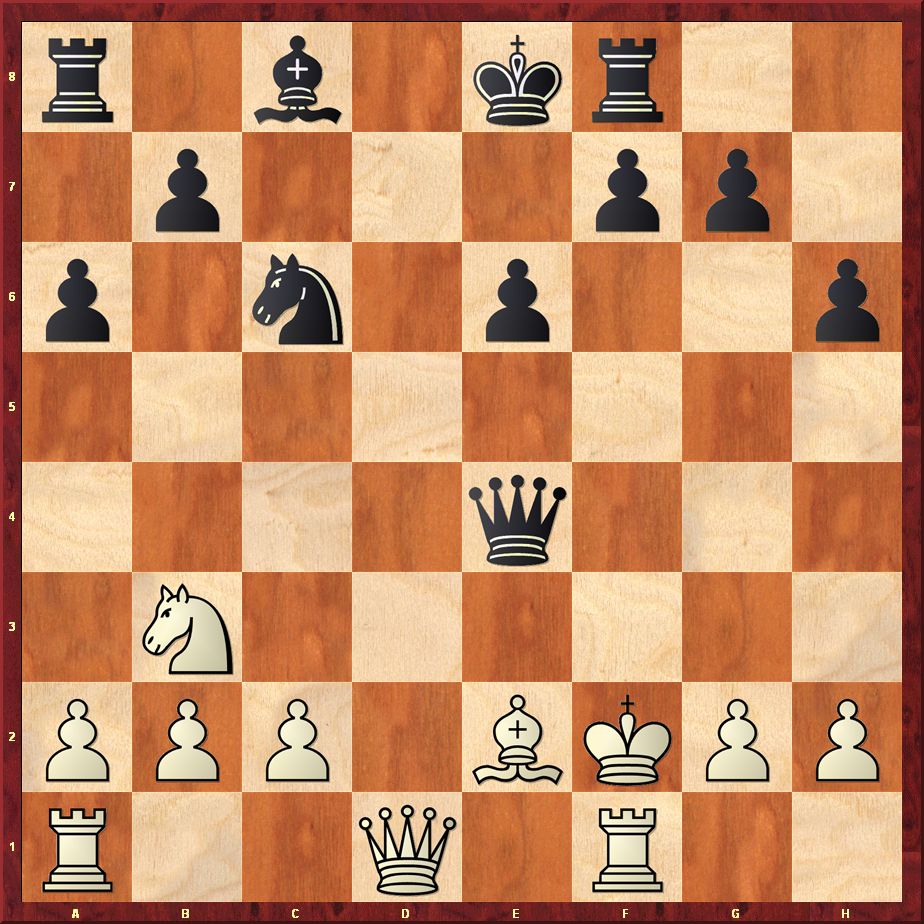 Black is a pawn up and can easily cover the dark squares in his position. But as it happens in many Tal's games, black blunders a piece away.

Winning a piece. Game over.

This fragment brings another element: tricks are often possible only with the opponent's help.
I had my own experience in three games against Drazen Marovic, the Croatian grandmaster and editor of the Yugoslavian chess monthly Sahovski Glasnik. It began during our student years.

"You only play for tricks," Marovic told me at the Student Olympiad in Krakow in 1964. And the Yugoslav master had his reasons. Our game finished with a queen sacrifice I had predicted before the game in a conversation with our coach, Frantisek Pithart. I was lucky because I would not have able to do it without Marovic's help. 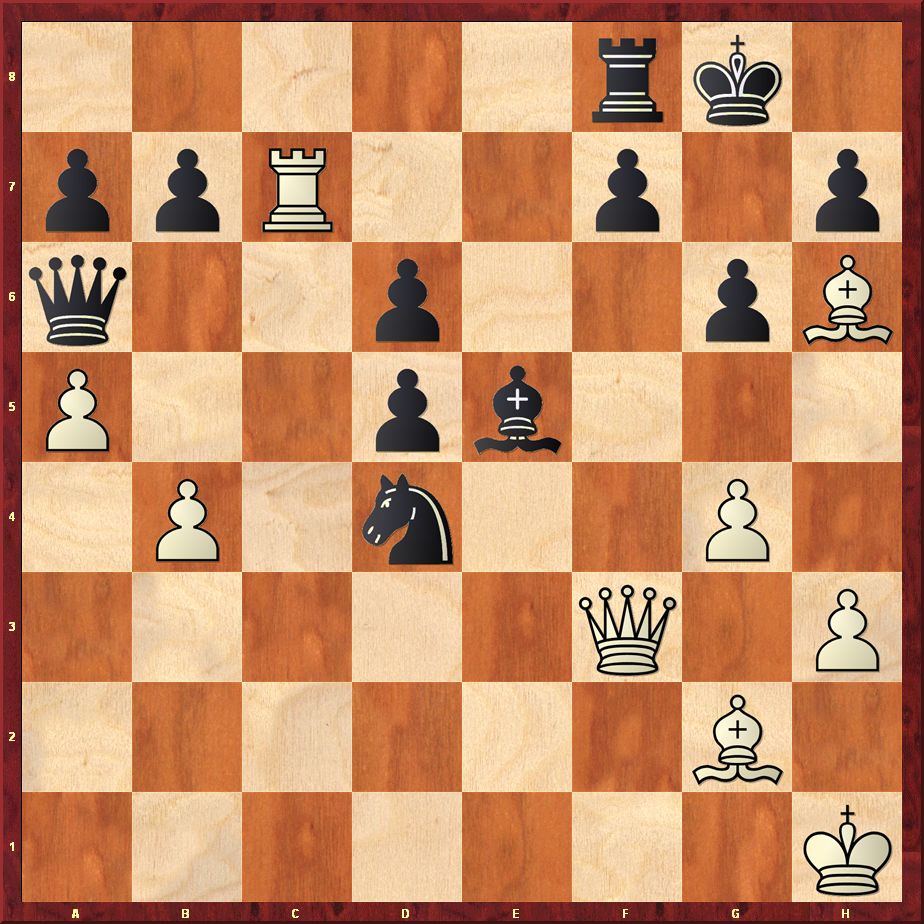 Black had a draw at hand: after 34...Ne2-g3+ the position would have been repeated three times. But Marovic lived under the illusion that he is better, played 34...Ne2-d4 and allowed the promised queen sacrifice.

At the Student Olympiad in Marianske Lazne in 1962 I played Marovic for the first time and he remembered the encounter as well. Throughout the competition I was in a creative mood. For example, I have conceived my signature game against Eduard Gufeld, winning the brilliancy prize. The game with Marovic was another tactical adventure. At that time Marovic selected the wrong path and the punches began to fall. 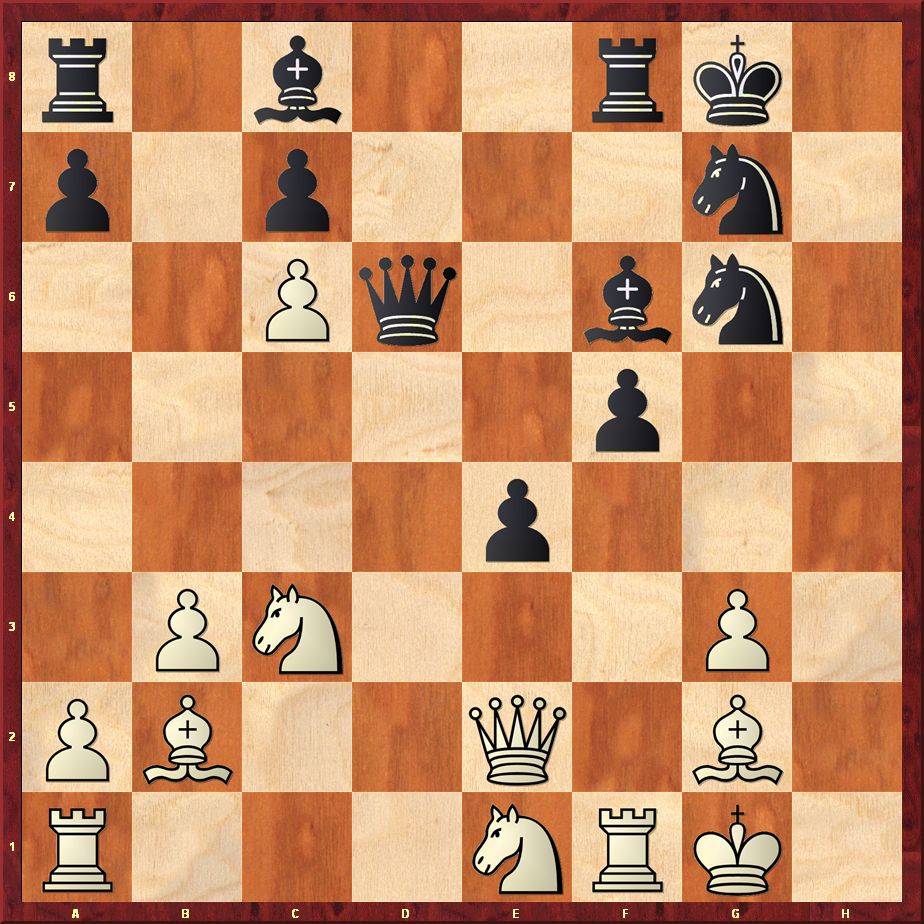 Faced with a loss of pawn, I forced Marovic to make a choice and he made the wrong one.

The game turns now by 180 degrees. Black should have taken the other pawn in front of the white king: 23...Qxg3. Marovic was obviously afraid of 24.Nxe4, but he should have calculated further 24...fxe4 and now:

The knight sacrifice brings the game into full swing with diagonal attacks, pins and other tactical devices.

Caissa, the chess goddess, is just, fair and merciful to her subjects and what she takes away, she often gives back. I am sure that the sacrifice on e4 was fixed in Marovic's mind and that it reapeared during his game against Tigran Petrosian in Amsterdam in 1973: 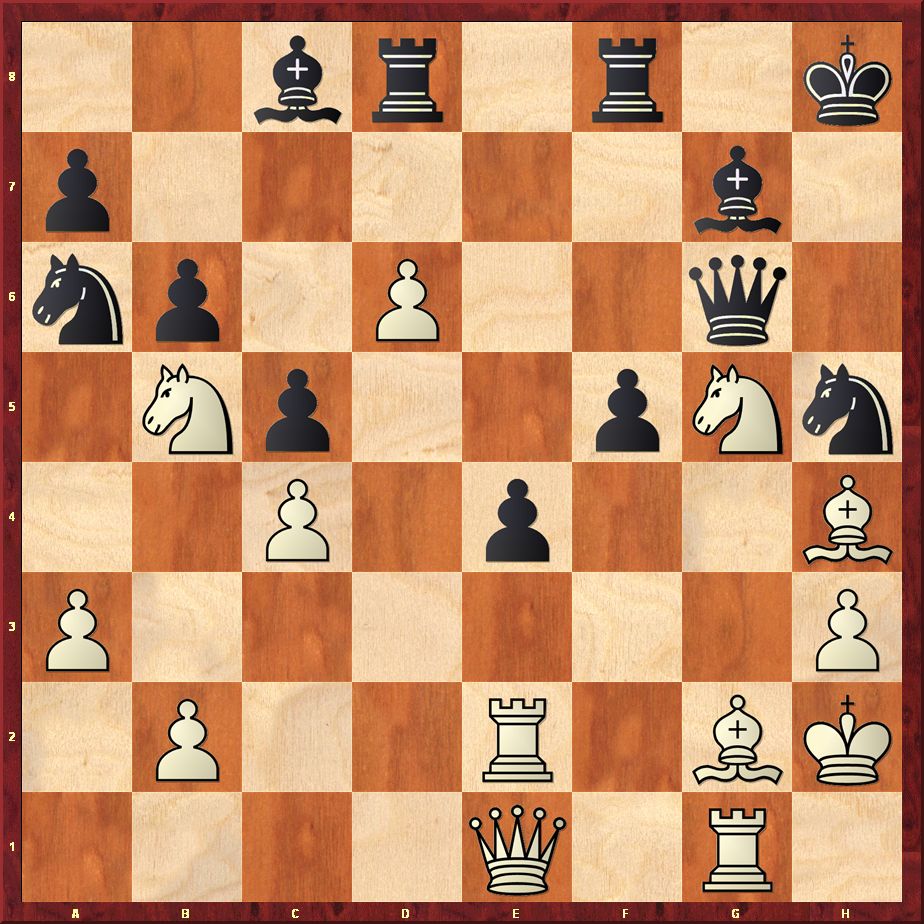 The knight sacrifice on e4 became part of a scholarly discussion on the memomics of chess: Steven Dowd's reply to de Sousa's article

Other moves are weaker:

An additional sacrifice is necessary to control the dark squares. 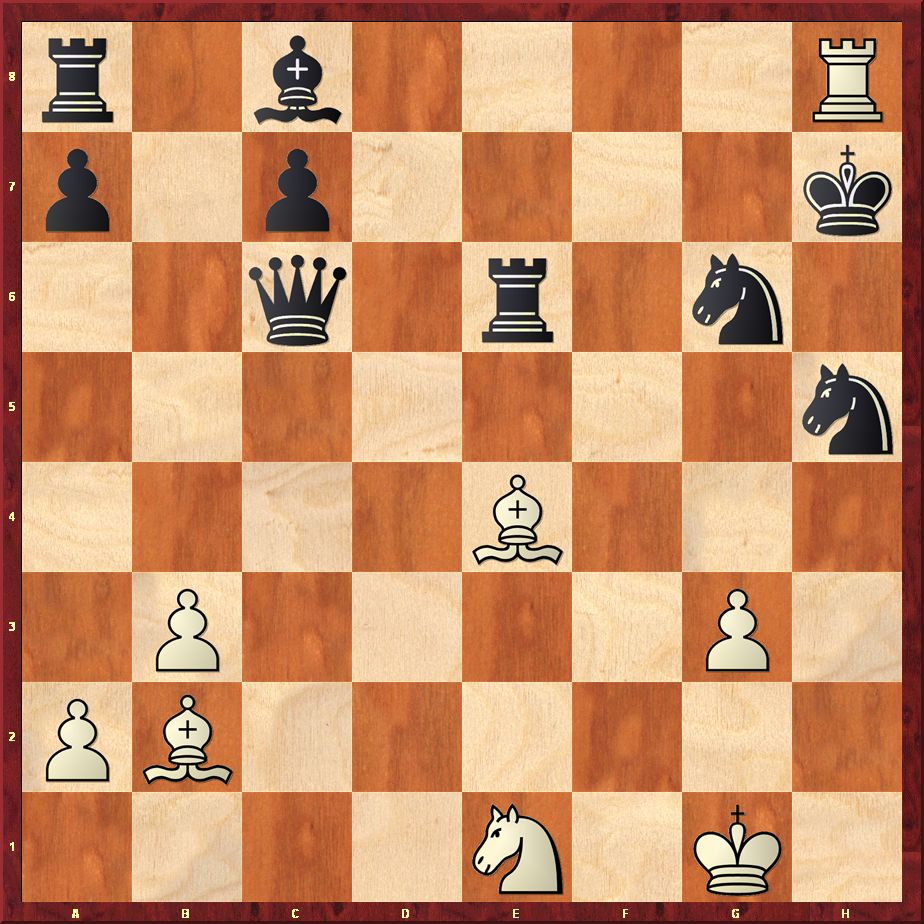 The storm is over, but it is not yet quiet. 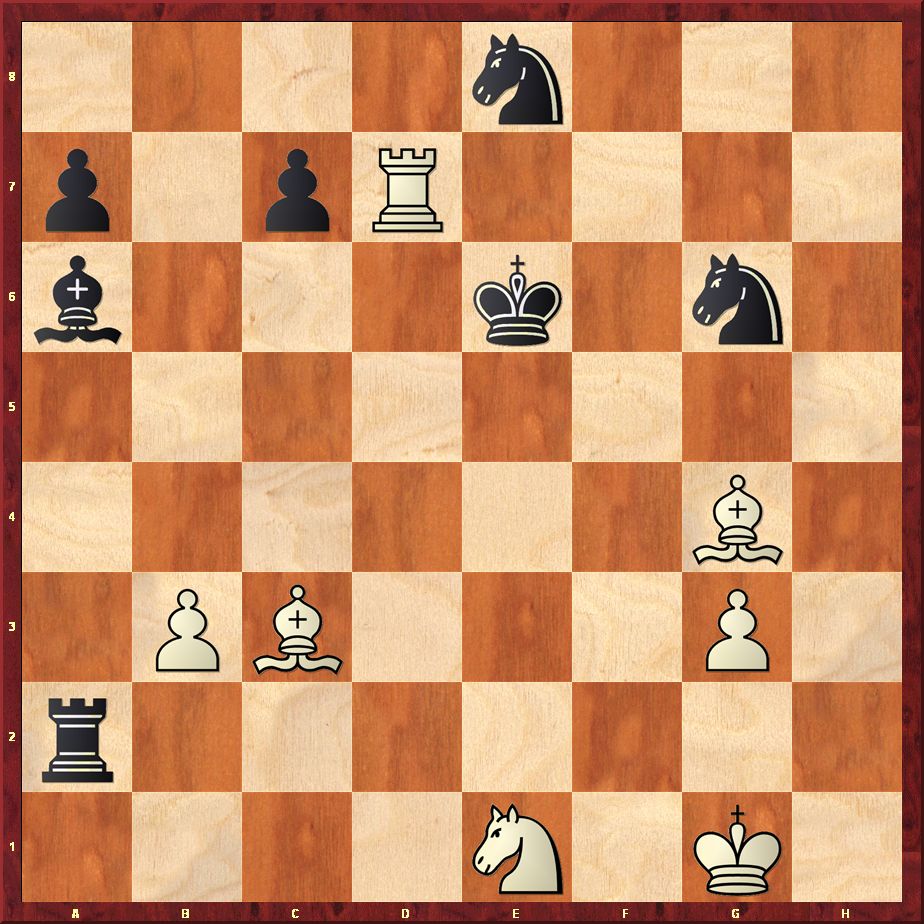 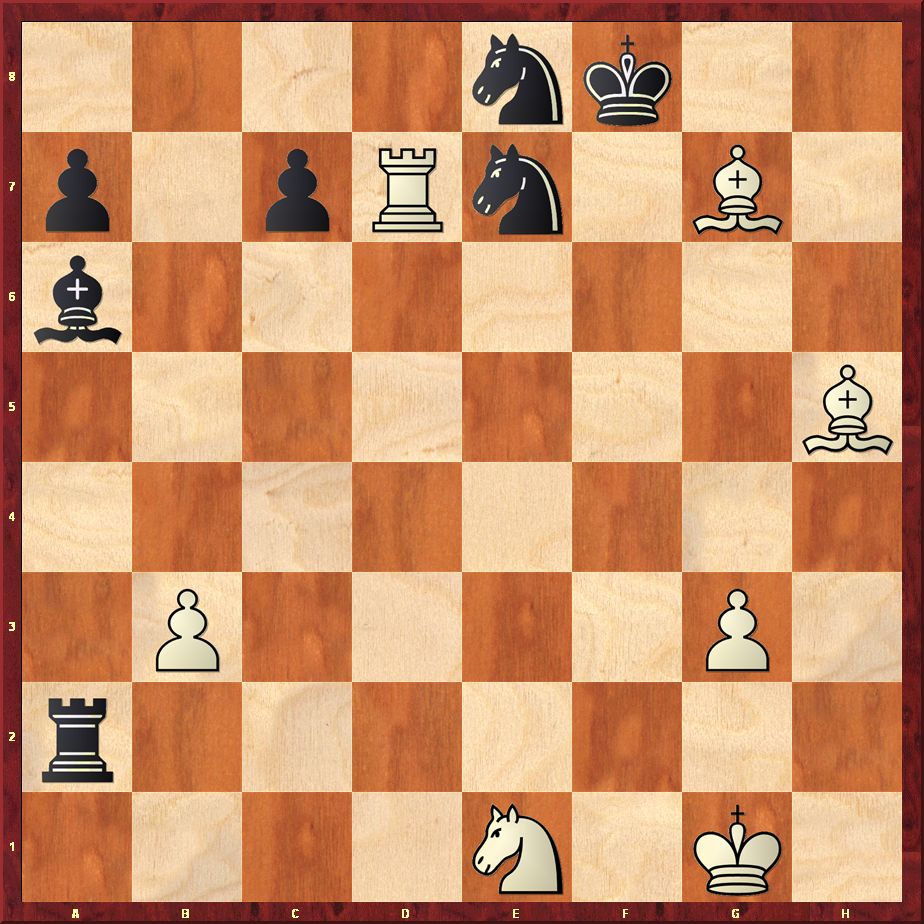 In 1968, we played in the IBM tournament in Amsterdam. The outcome was important since I was able to finish first ahead of the legendary grandmaster David Bronstein. My victory in the game against Marovic came out of nowhere. He resigned in a position in which I had plenty of threats and we both thought it was not premature. We both missed that Marovic could have saved the game with a stunning trick. 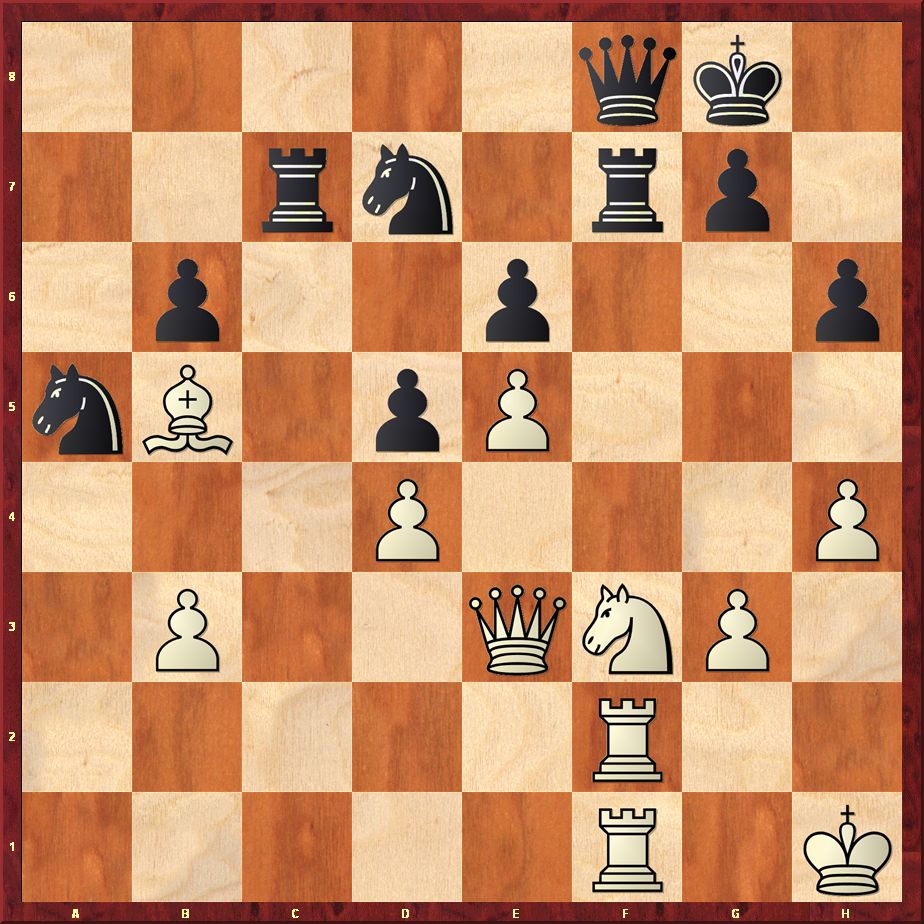 I have just played 32.Ref1, trying to build up the kingside attack and Marovic decided to force the play.

Marovic confessed he underestimated the strength of the trick.

To my surprise, Marovic resigned. He must have seen the ghosts from the past. 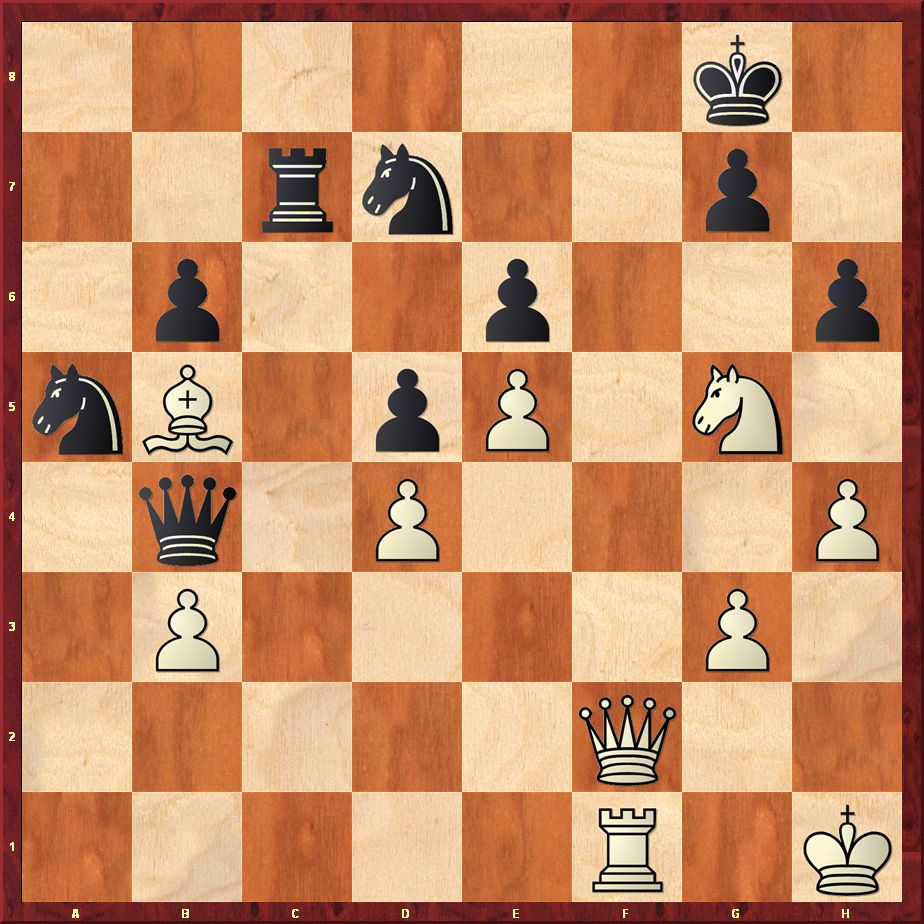 White has two pieces hanging and neither can be taken. Moreover, white threatens 35.Nxe6 and 35.Qf7+ and mate. But there was a way out neither of us had seen.

American chess book publisher Russell Enterprises, Inc. (REI) is proud to announce that Dutch grandmaster Hans Ree, one of the great chess writers of our time, will resume his popular column "Dutch Treat." The online column attracted an extensive worldwide following for almost 14 years but has not been seen for about two years. Ree's column will be available to everyone at the REI website beginning on Saturday, December 1.

To celebrate the return of Ree's online column, Russell Enterprises will be hosting a Holiday Quiz that is certain to challenge as well as delight fans around the world. Some nice prizes, including a selection of Russell Enterprises books, DGT clocks and a subscription to New In Chess, will be awarded to the winners.

Russell Enterprises is one of the most active and respected publishers of chess books in the world, with a wide selection of books in both traditional and electronic formats. Ree's first chess book to be released in English, The Human Comedy of Chess, was published by REI over a decade ago. His next book, My Chess, is scheduled to be released by REI in September 2013.