On a trip back home two weeks ago, my Dad put on the trailer for a new National Geographic series, The Story of God. Narrated by the almighty voice of Morgan Freeman, I felt almost compelled to watch it on its inaugural night. The pilot episode explored the subject of death and the quest of religion, as well as science, to understand this elusive and terrifyingly uncertain concept.

The point of the story is not for you to start watching the show (though I highly recommend it), but to paint a picture. One of a journey to investigate, learn about, and understand the various religions which make up the central beliefs people around the globe hold so close to them. So many different concepts, frameworks, and ideas, related to faith, religion, and the supernatural exist that it is nearly criminal to ignore their place in our world. To the contrary, to know them is a thing of beauty and enlightenment
.
While discussing religion, Max Müller, a German scholar of language and religions, once said, "He who knows one, knows none." Quite simply, to experience and understand a singular creed is to be blind to the multiple religions from around the world, many of which are interrelated and interconnected. 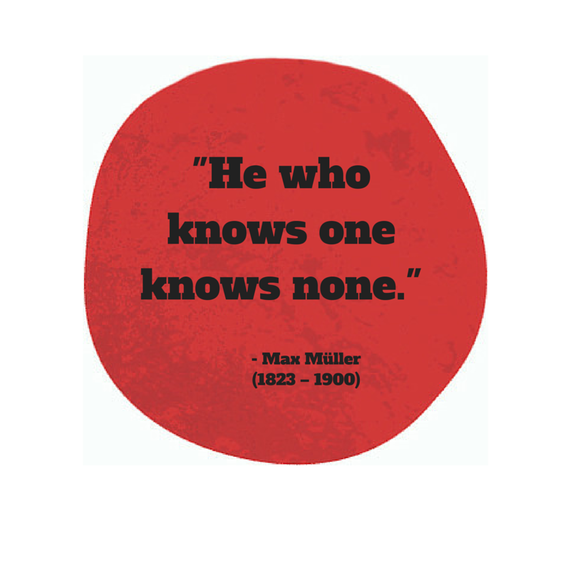 I have not always been this way; rather, I feel like I simply happened upon this lifestyle. Nevertheless, it has opened my eyes to new worlds and I am truly grateful it. Like most Latins, I was born into a Catholic household and raised by somewhat practicing parents. We would only go to Mass for major holidays, family events, or after Sunday school when my brother and I studied for our First Communions. Beyond that, it was unusual for us to be involved in religious activities or services.

When it came time for middle school, instead of following the pipeline to a public school like all my classmates, I was enrolled in an all-male, Jesuit prep school. Here, Catholic theology was part of the daily coursework, with 45 minutes set aside specifically to learn about the teachings of Jesus Christ and the Catholic Church. Every now and then we would also have "homeroom mass" (the class was chosen to attend mass in the chapel) plus the occasional school-wide mass for major Church holidays like Lent. 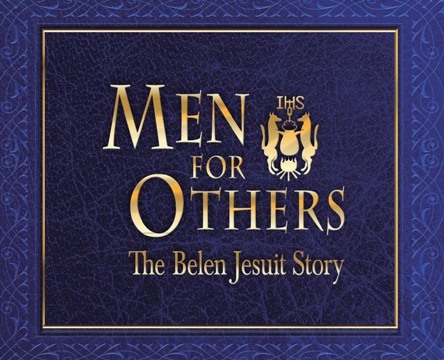 I continued this routine of content and youthful religiosity, like a happy little Catholic boy until 10th grade. This attitude changed once I started taking history of the Catholic Church and learned more about the "darker" side of organized religion. Without delving too deeply into it, learning more about the history of organized Christianity weighed heavy on the preexisting doubts I had already succumbed to.

I ended up renouncing my Catholic faith and prescribing to the simple religion of "I have no clue." To be as concise as possible, I have not ruled out any possibilities and leave all possibilities open, no matter how ridiculous. Despite losing my faith, I was still fascinated by the beliefs people hold, the tenets they adhere to, and how they influence people's lifestyles. This allure was bolstered by the Jesuit style of teaching, which encouraged critical and independent thought even if it I did not necessarily coincide with their viewpoints.

Once I got to college, I began exploring outside the perimeter of basic knowledge I already had. Seven years of theology classes had creaked open the door to a world of various faith systems. And I hungered for more. 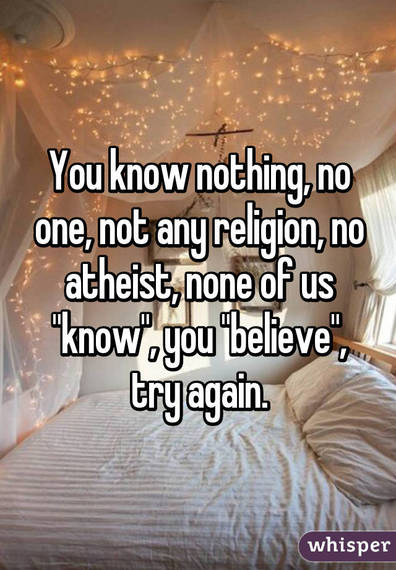 I've been able to partially satisfy this curiosity by going to the different religious activities mentioned before. I also started taking Arabic during my freshman year discover more about the universe of Islam. Through all these additions to my weekly routine and life experiences, I've learned more about a topic which, otherwise, I would have been a complete stranger to.

Religion, from the perspective of an outsider, is a perplexingly beautiful thing. Speaking for myself, when someone speaks about what they believe, it is almost like gazing on a lion at the zoo for the first time. Learning about religion gives one access to knowing more about historical events, lends principles of altruism and goodwill, and usually provides most non-believers with an interesting tale unique in nature or paralleling a previously heard story.

The benefits of religious education are not limited to the scholastic. A discussion about one's religious identity and beliefs, or lack thereof, is an extremely personal lens into the inner attitudes and mindset of an individual. To be given the gift of seeing them first-hand is an insightful and scarce opportunity. Remember the last discussion on religion you had. Whether it ended in a fiery argument or beautiful message, passion was a key ingredient in the experience.

I am a curious person; I tend to ask personal questions when I feel the circumstances allow for it. You may find me probing with many "whys" and "what ifs" as well as the occasional "tell me more." Questions like these are not present enough during discussions of faith and religion, so I would encourage people from all walks of life to call on them more often.

Go beyond what you know. Learn about the unknown, even if you don't believe in it. As a student of many faiths and several creeds, I believe the gifts brought on by them are nothing short of pure magic.