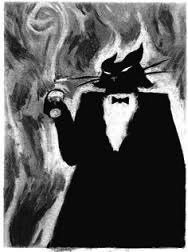 He rocks in The Tower all night long,
Bullying and texting his sad, sad song,
All the little Alt-ies on Breitbart Street,
Love to hear The Donald go tweet, tweet, tweet.

With apologies to Michael Jackson

Cyberbullying: The use of electronic communication to harass a person, typically by sending messages of an intimidating or threatening nature

When Melania Trump offered that as first lady, her signature initiative would tackle cyberbullying; to create "a gentler and kinder America where children can spend time on social media without fear of harassment", a firestorm of criticism ignited. Specifically, when Anderson Cooper asked, "If it is not okay for kids to do this, why is it okay for adults, for Donald Trump?" In response, Ms. Trump amended, "I do worry about all of our children. As we know, now social media is the centerpiece of our lives. As adults, many of us are able to handle mean words, even lies. Children and teenagers can be fragile."

Unfortunately for Ms. Trump, she is way off the mark. Yes, the cyberbullying of children and teenagers as a class of persons is a shande, a scandal. And picking on the weak and defenseless among us, especially when using a cybertechnology that enables anonymity, concealment and facelessness strikes of cowardice.

However, whether or not an individual is defenseless is not the issue. The question is, "In civil society, is it tolerable to take advantage, by whatever means, of someone over whom one holds a position of power or strength that they cannot overcome, just because you can?"

In her remarks, Ms. Trump touched on the core of cyberbullying: harassment. We as a nation profess to have little tolerance for harassment as behavior. Be it harassment due to race or religion or sexual orientation, we have been fairly careful and correct in our manners and associated legislations when acting in various venues such as the workplace.

However, we have not developed the requisite disgust when it comes to harassment associated with social media and technology-enabled discourse. Even worse, when the substance is age or education or politics, the gloves seem to be off and a free for all is at hand.

Harassment is characterized by an unequal power relationship between two parties and the perceived or actual abuse or misuse of that power within the framework of this unequal relationship. More specifically, harassment can be "quid pro quo", whereby a person in authority can demand that one with lesser power comply with their request in order to achieve their objectives, or "hostile environment", occurring when the person in power creates an ongoing, offensive or abusive state-of-affairs.

For cyberbullying, what makes this so tricky is that it is not about demands made by one person over another as they share common environs. Although cyberbullying may physically influence the person targeted, it crosses the line of civil behavior closer to the realm of terror than harassment. That is, within the unequal power relationship, generating at a distance, verbal violence committed to frightening people in order to achieve one's social or political goals.

At the core, cyberbullying is harassment that usually does not "request" a specific response. Instead it creates an emotional sense of terror and dread. The essence is "to strike fear in the hearts of men". The technology employed is just an enabler, allows for greater outreach for uncivil behavior as well as the anonymity that somehow makes the bullying more doable and more OK. Being able to say, "It was just a joke", or "I just did not REALLY mean it", or "As adults, many of us are able to handle mean words, even lies" as a mea culpa neither excuses the actions nor warrants forgiveness.

Finally, to paraphrase Dr. Frances Conley, a former Stanford University neurosurgeon: "The future direction of [our society] will depend greatly on its choice of leadership. In those we choose to guide us. Talent and credentials must be coupled with decent behavior. If we as [a people] are to be respected in tomorrow's world, we no longer have the luxury of ignoring the need for fairness and justice".

Coming full circle to Ms. Trump, although her intention to address the cyberbullying of children and teenagers might be pure, it is mandatory that she speak to harassment by technology in all manners and forms. And to this end, to best serve the American people, Ms. Trump should confront the issue with her husband, President Donald Trump, the CyberBully-in-Chief. 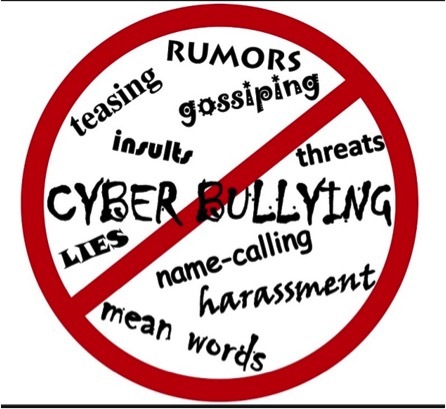