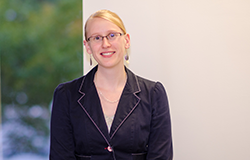 For a teacher in the Los Angeles public school system, tenure is an incredibly important benefit. In an environment where budget-related lay-offs and changes in administration are common, tenure gives us unmatched job security. For me, the biggest benefit is that it gives teachers the freedom to be creative and take instructional risks in the classroom without the fear of being fired. When I first entered the profession, I was excited to work towards tenure. What I didn't expect was the ease and speed with which tenure can be earned in California's public schools.

I had expected for the process to include numerous requirements. As an undergraduate, I had to write evaluations for professors when they were up for review. These professors earned tenure by meeting multiple measures that proved their effectiveness to a board of colleagues and administrators over several years. In fact, one of my favorite professors did not receive tenure despite publishing research and receiving favorable observations from both colleagues and students. I had envisioned tenure to be both a challenging and meaningful career milestone.

Once I began teaching, it became clear to me that earning tenure in California public schools was utterly unlike earning tenure in higher education. At my public school, I was officially observed twice per year by one administrator for anywhere from 20 min to an hour. This evaluation process came as a surprise; I had thought that I would be assessed by multiple measures including grades, test score growth, student surveys, and observations by several administrators and peer reviewers. But I was most shocked to find out that I would earn tenure after only 18 months of being a credentialed teacher.

Needless to say, I did not feel ready.

In my first 18 months of teaching, I was still trying out new strategies, and figuring out how to be an effective teacher. I made mistakes and kept on learning. It would be unfair to say that I was failing at my job in such a short amount of time. But the pendulum swings both ways: if 18 months is too short of a time for a teacher to be judged ineffective, it is certainly too short of a time to say that a teacher will be effective.

This past summer, my cohort of Teach Plus Policy Fellows, all current teachers, talked about what we would like to change about tenure in light of Vergara vs. California. A few educators in the group, who have been teaching for over 10 years, said empathetically that they became truly effective around their fifth or sixth year of teaching.

It turns out that teachers across the state agree with this timeline. According to a just-released Teach Plus survey (I co-authored the report that outlines the findings) of 500+ teachers in K-12 traditional public schools in the state, teachers believe that tenure decisions should be made after an average of 5.3 years in the classroom or three more years than what is currently required. Seventy-five percent of these teachers also believe that educators should play a role in tenure decisions. These results - and my own experience - convinced me that policy-makers must listen to teachers when reevaluating tenure in our state.

The extended time teachers recommend would allow educators to reach a higher level of performance before earning tenure. It would give administrators more time to evaluate teachers and make a fair decision. And it would help to ensure that students have access to high-quality teachers.

Tenure has the potential to become a true professional benchmark. Making an informed change now could be a meaningful step in elevating the teaching profession and ensuring that effective teachers are in front of students. In this post-Vergara landscape, let's come together and take advantage of this once-in-a-lifetime opportunity to lengthen the tenure process in order to benefit teachers and students across California.