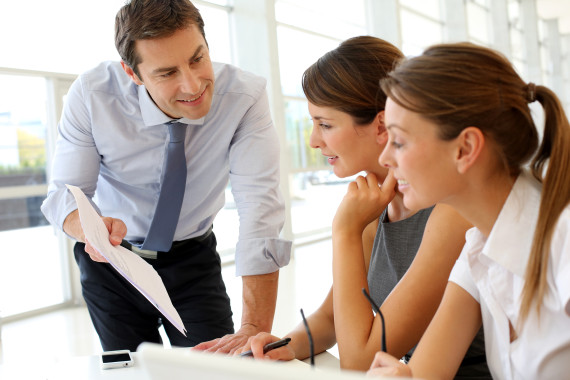 Should a new business keep the office lean and the staff small, or should they start with a solid, large team right out of the gate? Personally, I've always been partial to bootstrapping and saving money wherever possible, and when I took over MyCorporation from Intuit, I chose to keep the office smaller as a bogged down company would only slow the transition process. But recently, Instagram founder Mike Krieger told Fast Company that one of his regrets was keeping his team small during the start-up's early years. As luck (and word of mouth) would have it, Instagram jumped from a lowly one million to 10 million users in a little under a year, which I'm sure created some serious logistical and engineering issues for the company. But overnight success stories like Instagram's are rare, and my advice to new start-ups is to keep operations lean from the get-go.

Flexibility is a must:

Taking over MyCorp meant shifting it away from the larger corporate culture of Intuit, to the sleeker, fast-moving culture standard to small businesses. I needed my employees to be flexible because we were changing so quickly, and on occasion that meant longer hours and in-office dinners. But because my team was smaller, we were also quite close, and they were willing to work extra hard while everything settled into place. I'm on a first-name basis with every person in my office, and they never grumbled or complained about staying late. However, if I had a floor jam-packed with people, I rarely spoke to on a daily basis, I am willing to bet most of them would've dragged their feet about doing extra work and slowed everything down. When you start out, you have to stay fluid. There is no way to predict what the future holds. As you run your business, you'll slowly begin to be able to predict the natural ups and downs, but until then you need a team that is willing to sacrifice for the good of the company.

You should pay for quality:

I wouldn't dream of asking my staff to spend that much time away from their families and friends for a minimum wage gig with no benefits. Everyone in your office, from your interns to the upper executives, deserves a quality wage for quality work. But when you first start out, you aren't going to have much money to throw around, and during those first few months, it can be difficult to pay decent salaries. However, if you want the best and brightest in your office to stick around, you have to make it work. Having a larger staff makes budgeting salaries a nightmare. The number of employees in your office is not going to correlate directly with how much business you do, or the amount you make as a profit. And, while you can hire a larger staff and hope you have the business to pay them, that's the definition of a gamble. Instead, hire a small staff that you can pay well and work with closely.

Not only can I attest to this fact anecdotally, it's actually been proven. Tech consulting firm QSM looked at over 1,000 software projects and found that, while larger teams finished projects faster, total defects doubled and project costs tripled. Larger teams are often inefficient, uncoordinated and unsupportive. It's easy for management to wind up being completely out of touch with the rest of the staff and make it difficult, if not intimidating, for the rest of the group to reach out and communicate with them. Anyone who has worked with a large team knows that feeling of being lost in the crowd, but that's not the right frame of mind for a fledging start-up to have. Rather than have eight managers on payroll looking over everyone's shoulder and droning on about mission statements, take an active role in your company's early projects and help build a solid, albeit smaller, team.

In the end, Instagram is really the exception to the rule. And, as Krieger pointed out, there was no way for them to know how wildly successful their photo sharing app would become. A conservative approach is always the safest way to start a business. You don't know what the future might hold, so instead of stretching payroll to its breaking point and alienating your staff, keep the office small. Doing so may mean a few late nights, but trust me, your staff will prefer having dinner in the office a couple of times a month to being underpaid employees in an overcrowded office.