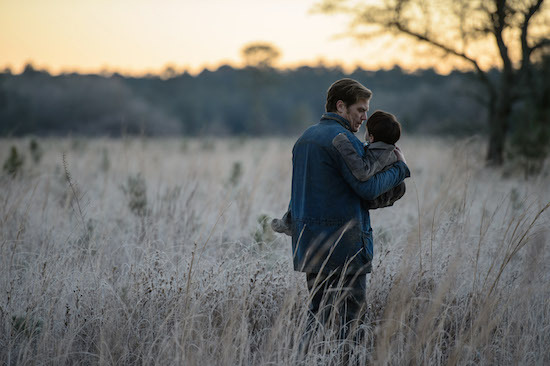 Well, it's Valentine's Day, so I just had to talk about love.

Also, I have a feeling which film will end up winning the Golden Bear this year at Berlinale, but that's a whole other conversation, left for another day... Lets say this film also deals with love and it's a completely different genre from all the other entries in the Competition. There, I've said too much already.

Berlin, so far, has been cathartic for me. I've watched a movie, The Dreamed Ones by Ruth Beckermann, that reinvents the idea of romance and takes it to a cerebral level, thus suggesting the concept that in order to love, we don't have to be next to a person, it's enough to feel them to carry them in our heart. 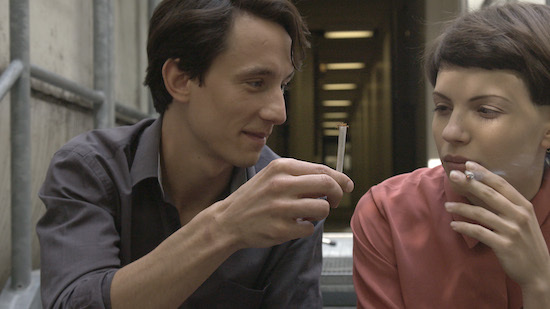 Laurence Rupp and Anja Plaschg in The Dreamed Ones, photo © Ruth Beckermann Filmproduktion

Another film I enjoyed way too much for my own good is Midnight Special, which deals with belief, and how far a parent will go to save their child. The love part for me comes from having had the chance to interview the film's stars Michael Shannon, Kirsten Dunst, young Jaeden Lieberher and filmmaker Jeff Nichols, an afternoon that left me feeling emotional, wonderfully inspired and perfectly enchanted. Just as their film had, earlier in the day. And Michael Shannon turned out to be everything I thought he would be, complex, deep, dark, with a hint of mischievous and an elusive smile that could melt the North Pole.

Then there was Hedi, a Tunisian film written and directed by Mohamed Ben Attia. Hedi explores the courage that passion gives us and how temporary and blinding, but also ultimately eye-opening it can be. And Ben Attia's film also deals with family dynamics, the idea that a parent's love can be limiting, even with its best intentions. Hidden within all these themes lies a perfect commentary on Tunisia, before and after the Revolution. 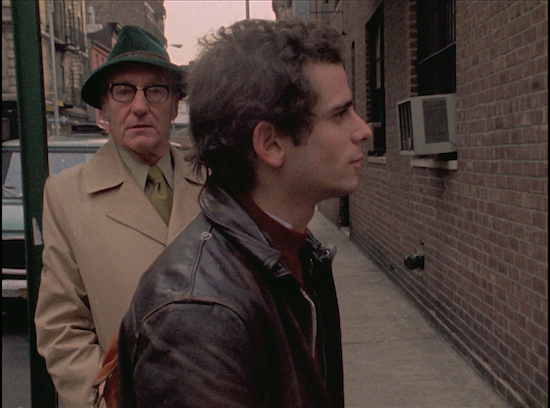 In Berlin, I also reconnected with my love for the #SupportArabCinema campaign, at a party for Abu Dhabi production company Image Nation held at Berlin's Soho House; and longed for the NYC I grew up in, while watching the film Uncle Howard by Aaron Brookner. While Brookner admitted to me that he didn't start out wanting to make a film about anything too political, his documentary about Howard Brookner, the filmmaker who made the cult classic Burroughs The Movie and then died way too young carefully weaves social issues and emotional ties, with a look inside a Hollywood we seldom see.

But the film that for me created the strongest love connection ended up being Gianfranco Rosi's Fuocoammare (literally translated as "Fire at Sea" -- the name of a Sicilian folk song), a splendidly shot document of our humanity. Rosi becomes a prophet with his latest film, showing Lampedusa, which has unwittingly turned into the Italian epicenter of the migrant crisis, as the welcoming yet isolated island it is, complete with real characters who put to shame most movie stars on the red carpets of Berlinale. Samuele, the Doctor and the countless, faceless volunteers who deal with the endless boatloads of refugees caught in what have become the fatal waters of the Mediterranean, become the Italian movie stars of today, but they are stars because they make us proud of being their fellow countrymen, and fellow humans.

Meeting with Rosi I felt emotional, I teared up a couple of times and couldn't allow myself to cry, how would it have looked?! But I found it difficult to ask him everything I had in mind because his love of humanity is palpable, a moving testament to what we can do, just one of us, little by little to heal the world.

All photos courtesy of the Berlinale, used with permission.