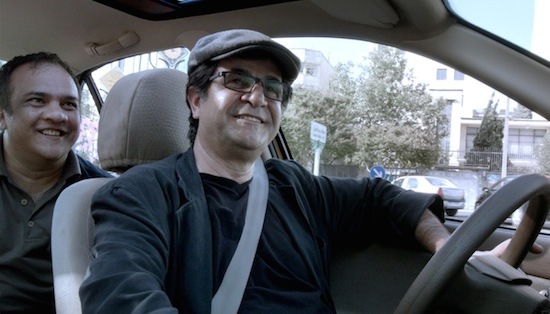 A still from Taxi by Jafar Panahi

I'll admit it can take just one film to usually convince me to come to a film festival. In the case of this year's Berlinale, it was Jafar Panahi's Taxi. I knew I wanted to sit in that bursting at the seams press screening, first thing in the morning, to watch it. Actually, I knew I needed to be there.

And, as is usually the case with my cinematic instinct, I was right.

To those who may not be familiar with his case, Jafar Panahi is the Iranian filmmaker who was sentenced to a twenty-year ban from making films, giving interviews and leaving Iran by the authorities in 2010. Since then, I personally feel he's made his most exciting work, because each time -- first with This Is Not a Film in 2011, then Closed Curtain in 2013 and now Taxi -- he is constantly reinventing what cinema is. Panahi is making films that don't fit the usual format and while doing so, touches his audience's collective soul, deeply.

I don't get the constant persecution of Jafar Panahi. If there is one filmmaker who manages to show Iran and the Iranian people with kindness, care and a healthy dose of self-criticism, it's Panahi. Because he talks about people he loves, a country he adores despite his problems, he should be allowed to criticize some of the negative aspects. Yet no one, no documentary I've watched and definitely no other filmmaker makes me yearn to visit the streets of Tehran, to meet its people and perhaps share a juice with Mr. Panahi himself -- the way he does. I'm just saying, hope the right eyes are reading it...

Taxi's premise is simple enough. Or is it? As we ride along with Panahi in his taxi, picking up passengers on the streets of Tehran, we are left wondering if the film is a documentary, with Panahi as the only constant "character". Are the others, men women and even a child, Panahi's niece Hana, random passengers or actors improvising? Are some real and some set up? I mean, I kind of felt it was a film, but without any credits at the end (explained as the need to protect those involved, including Panahi himself as the film's director thus avoiding persecution from the authorities) I can't be sure. Of anything. And isn't that what the newest kind of cinema could be? A beautiful uncertainty, a glimpse into what Panahi calls "sordid realism" with a hint of absurdly human reality thrown in. 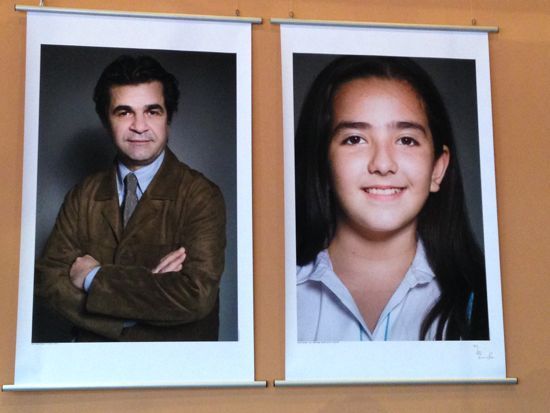 Photographs of the stars of Berlinale films in Competition dot the staircase of the Palast, like this one of Jafar Panahi and his niece Hana

If my Berlinale had ended on Friday morning, after that screening, I would have been perfectly satisfied.

But that's the thing about this festival, the inspiration, the films, the endless parade of great cinematic talent doesn't end. Well, eventually it does, on the 15th of February, but the deals made here, the films bought and sold, the buzz created lives on for ages. It's world cinema history in the making at Berlinale.

As a little known aside, Panahi's niece was actually in the audience of the first public screening. She didn't give any interviews, understandably, but she wanted to witness the film's impact. From both her role in the film and that statement right there, I believe the Panahi film dynasty has found its newest member. 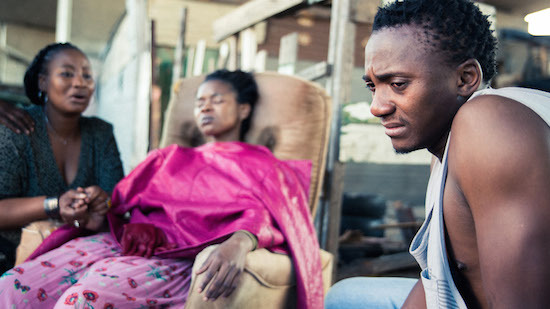 Next up on my viewing agenda was a modern day retelling of Puccini's La Boheme, set in a South African township titled Breathe Umphefumlo. Wow, you say? Wow, I thought, indeed. Apart from the power that music can have over a person, that undeniable get-in-your-bones instinctive, guttural reaction you get when you hear a song that makes you happy, or sad, the concept of a theater company recreating and reinventing Giacomo Puccini's opera, transporting it to Khayelitsha with a libretto in Xhosa, seemed phenomenal. And it was.

Again, that leitmotif of reinventing something, making it new, but also making it personal. This is what director Mark Dornford-May (U-Carmen e-Khayelitsha, 2005) managed, with the help of the Isango Ensemble. Oh, and as unforgettable as the performances, the music and the film's sultry cinematography are, what I left the theater with was a brand new awareness of how we're playing with fire when we don't pay enough attention to the health crisis of our fellow humans. TB, though easily dismissed as a "poor person's disease" can hit very close to home. These days, in our globally connected world, diseases are no longer class exclusive and undermining them will only bring on doom and gloom. 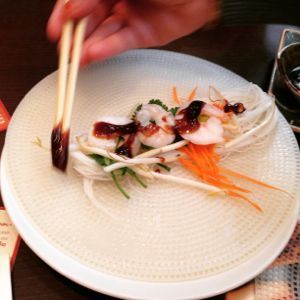 But a blog post can't be complete without some food, some fun to go along with the films I've watched. In the frigid Berlin temperatures, below freezing point, what I craved most was a nice, brothy, spicy soup full of noodles. And I got my wish, deliciously steaming, at Coa, a kind of all things Asian restaurant right on the Potsdamer Platz. Because at Berlinale, I've learned, all roads lead to the Potsdamer Platz.

Coffee shops serving intricate delicious cakes are what the Germans do wonderfully, along with their great sense of democracy which translates to a truly seamless, easy, hassle-free experience at this festival. No badge hierarchy, no silly you-must-know-that-person to get things done. Just simple, efficient protocol to make a blogger's life very easy. And cakes, as I started writing earlier, only add to the delicious fun.

Great interviews sprinkled in between, with the cast, director and musical director of Breathe Umphefumlo, who are just exceptional. The filmmakers of the Palestinian Love, Theft and Other Entanglements, brothers Muayad Alayan and Rami Musa Alayan whose film to me felt very early Jim Jarmusch, and that's always a good thing. Think Down by Law, in East Jerusalem...

A still from Misfits, directed by Jannik Splidsboel, photo by © Henrik Ipsen

And finally, the thoughtful, inspiring director and writer of Misfits, the Danish Jannik Splidsboel. Misfits is that kind of once-in-a-long-while festival discovery that you owe to a great publicist who has the patience to follow through with a blogger's short attention span and overwhelmed life. A documentary about an LGBT center in Tulsa, Oklahoma, nestled between two churches, smack in the middle of the so-called "Buckle of the Bible Belt". Much moore on all of the above in my next post.

Film stills courtesy of the Berlinale, used with permission.